Fifth time is the charm for Minnesota State 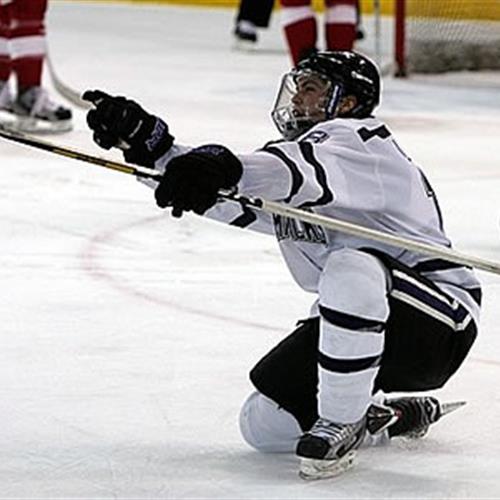 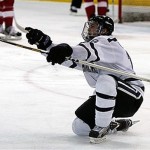 All were Western Collegiate Hockey Association playoff series where Minnesota State won game one.  All were overtime victories. All ended with the Mavericks losing the final two games, losing the series and losing a chance to advance to the WCHA Final Five.

After MSU won game one Friday, a thrilling 4-3 win — in overtime no less — many in south central Minnesota likely sat around Saturday morning fearing the worst.

Those feelings were made worse by a 2-1 Nebraska Omaha win Saturday in game two.

Was it deja vu all over again?

“I have to admit, after the last three years, it’s always in the back of your mind,” said Mavericks co-captain Eriah Hayes. “After [Saturday] night, you think ‘Here we go again.'”

But a dynamite first period in Sunday’s deciding game three set the tone for MSU in a 3-1 win over UNO, sending Minnesota State to St. Paul and the Xcel Energy Center for the Final Five for the first time since 2003.

As they have all season, the Mavericks beat back their ghosts of the pasts and handled adversity with aplomb. In fact, this season has been all about reversing trends.

Consider: MSU has 24 victories heading in into the Final Five, already three more than the previous school record.

Consider: After a 1-5 start in WCHA play, MSU went to Wisconsin and swept the Badgers at the Kohl Center for the first time in school history.

Consider: After a pair of crushing overtime losses to those same Badgers back in Mankato in January, MSU responded by losing just once over an eight game stretch right after.

Consider: MSU responded to a pair of Friday night losses down the stretch against both Colorado College and North Dakota by winning Saturday’s game two, preserving home ice for the playoffs.

There just seems to be something different about this team than the ones of the past. Players often point to new coach Mike Hastings. Hastings often points right back, crediting the senior leadership of guys like Hayes and fellow co-captain Tyler Elbrecht.

“They’ve poured a lot of blood, sweat and tears into this program,” Hastings said. “We made some goals at the beginning of the year. One was to get home ice, we got that. One was to get to St. Paul, we’ve done that.”

“This year’s been different all around,” Hayes said. “More confidence, I knew we were going to bring it [Sunday]. And we did.”

MSU went all-in Saturday to try and win in two. Elbrecht, along with fellow defensemen Zach Palmquist and Josh Nelson played heavy minutes down the stretch.

Asked afterwards about fatigue, Hastings response was classic — and perhaps a barometer of what was to come.

“You know what, when I watch the Tour de France, I think about fatigue,” Hastings said. “Fatigue is a state of mind. We’re not fatigued.”

Sure enough, it was MSU which came out guns blazing Sunday.

MSU outshot UNO 12-3 through 20 minutes and Bryce Gervais gave the Mavericks a 1-0 lead 8:23 in before sophomore Max Gaede, one of the most popular players in the Maverick room, scored his first goal of the season five minutes later.

At that point, any lingering fatigue or soreness went the way of Gaede’s goose egg.

But as has been the trend, MSU faced one more bit of adversity Sunday night. Dominic Zombo scored with just over a minute remaining in the second period to make it 2-1, forcing Mankato to respond one more time.

The purple Mavs did just that, getting a power play goal from Matt Leitner at 4:30 of the third.

“Ever since the beginning, when Hasty got here, we’ve talked about family,” Leitner said. “No matter what happens, we always stick together, we have a tight knit group with great leaders and its great when everybody stays positive and stays together.”

Minnesota State will face Wisconsin Thursday afternoon at the Final Five, where the Mavericks will attempt to break another barrier by winning its first ever game in the tournament. This year’s trip to the Final Five is the third in program history.

“We’ll enjoy this for a day, day and a half, but then we’ll get back to work and keep pushing the envelope here,” Hastings said.