Finding His Own Way

Nick Seeler coming to NHL by any route necessary 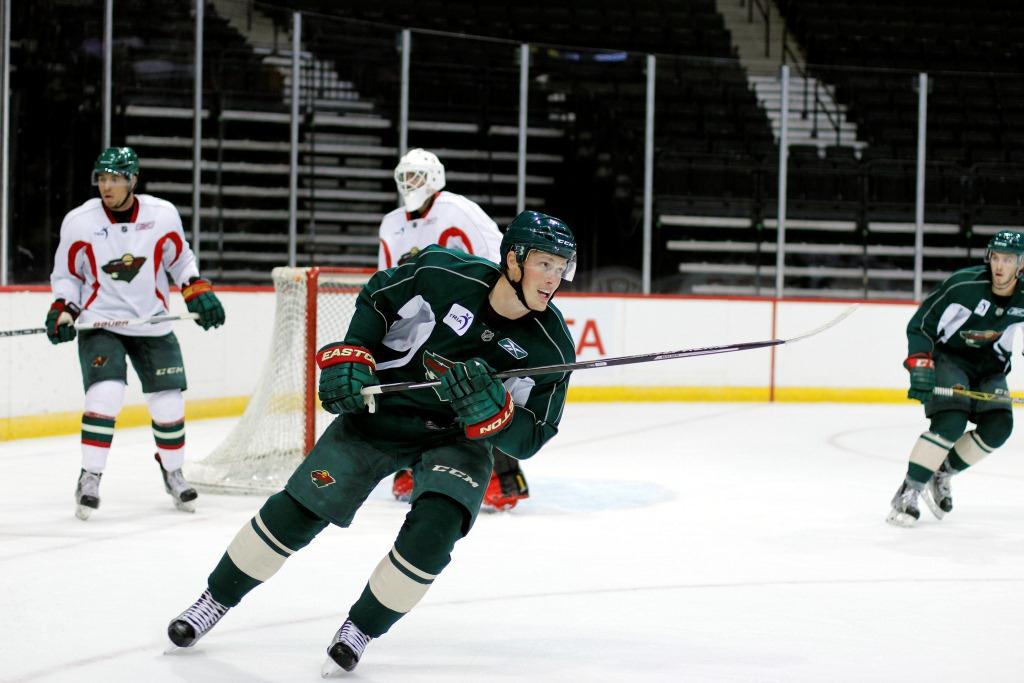 Nick Seeler coming to NHL by any route necessary

St. Paul — Player development is complicated. There are some well-worn paths players take, and they often work. But that masks the fact the every player is different and has individual needs for their development.

Auston Matthews, the NHL’s No. 1 overall pick in 2016, went to Europe to play pros for a season before his draft year. Plymouth, Minn. native Rem Pitlick, the USHL’s leading scorer, is returning to the USHL instead of heading to college. That’s why it might be easy to miss that Minnesota Wild prospect Nick Seeler’s circuitous path to professional hockey has helped him become a standout in the team’s prospect pool.

After two years at the University of Nebraska-Omaha, Seeler decided to transfer to the University of Minnesota. That meant he had to sit out a year before he was able to join the Gophers last season. That’s a difficult situation. For some, that can lead to a year of lost development or the sense that he’s fallen behind his draft class.

“You’re always concerned with [players sitting out a year],” Minnesota Wild Director of Player Development Brad Bombardir said last week at the team’s development camp. “There was some concern about that, but I thought Nick had a tremendous year. I thought the staff over there did a great job with his progression, getting better as a player, understanding his position, getting better habits.”

“That year was a must for me,” Seeler says. “It was great. I got to work with Coach [Mike] Guentzel at the U. He treated me as if I was playing the whole year. I think I needed that to grow as a player and as a person as well.”

I got to work with Coach [Mike] Guentzel at the U … I think I needed that to grow as a player and as a person as well. 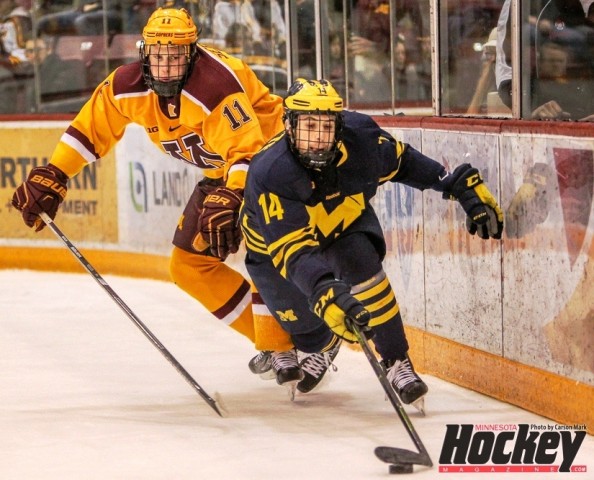 The former Eden Prairie High defender entered last week’s development camp as a professional for the first time. “I feel a lot stronger,” he said after the second practice of camp, “and a lot faster.”  At 23, he’s one of the camp’s old hands. He’s one of many in this year’s class who will be transitioning to the professional ranks, and he looks ready despite his atypical route.

The hard work was never a problem, though. It’s praise that has consistently been doled out by his coaches. But, a humble player, he deflects praise about his work ethic. “Kyle Okposo gave me great advice when I was younger. He said someone is always watching. I take that into everything I do. Especially knowing that I feel like [the coaches] are watching a little closer.”

While some familiar faces, like Bombardir remain, many of those coaches are meeting Seeler for the first time, including head coach Bruce Boudreau and his assistant, Hall of Fame defenseman Scott Stevens.

“This is the first time I’ve been with [the new coaches],” Seeler said after a scrimmage. “They’ve been great. They’re on the ice. They’re talking with the guys. It’s fun to be around them and take in as much information as we can.

“Watching Scott Stevens growing up, and having him out there and giving advice is pretty surreal.”

A bulldozer on the ice during camp, he moved the puck well and skated like a leader. He may be able to give the depth chart a little more of a shake than anticipated this coming season, helping an already deep blue line look even deeper.

He’s expected to start the season with the AHL’s Iowa Wild, where he’ll likely be joined by others looking to make their mark on the NHL, like Christian Folin, Gustav Olofsson, Mike Reilly and summer signee Victor Bartley.

But with the Wild’s top four stacked — Ryan Suter, Jared Spurgeon, Marco Scandella, Jonas Brodin — and the bulk of guys at the next tier having an offensive aptitude as their biggest asset — Reilly and Matt Dumba, in particular — Seeler’s strength and defensively responsible game may have him in a unique position.

He may not be ahead of those other guys, but he does offer a different skill set. That doesn’t guarantee anything, but it might earn him a crack at fulfilling his dream of playing in the NHL.