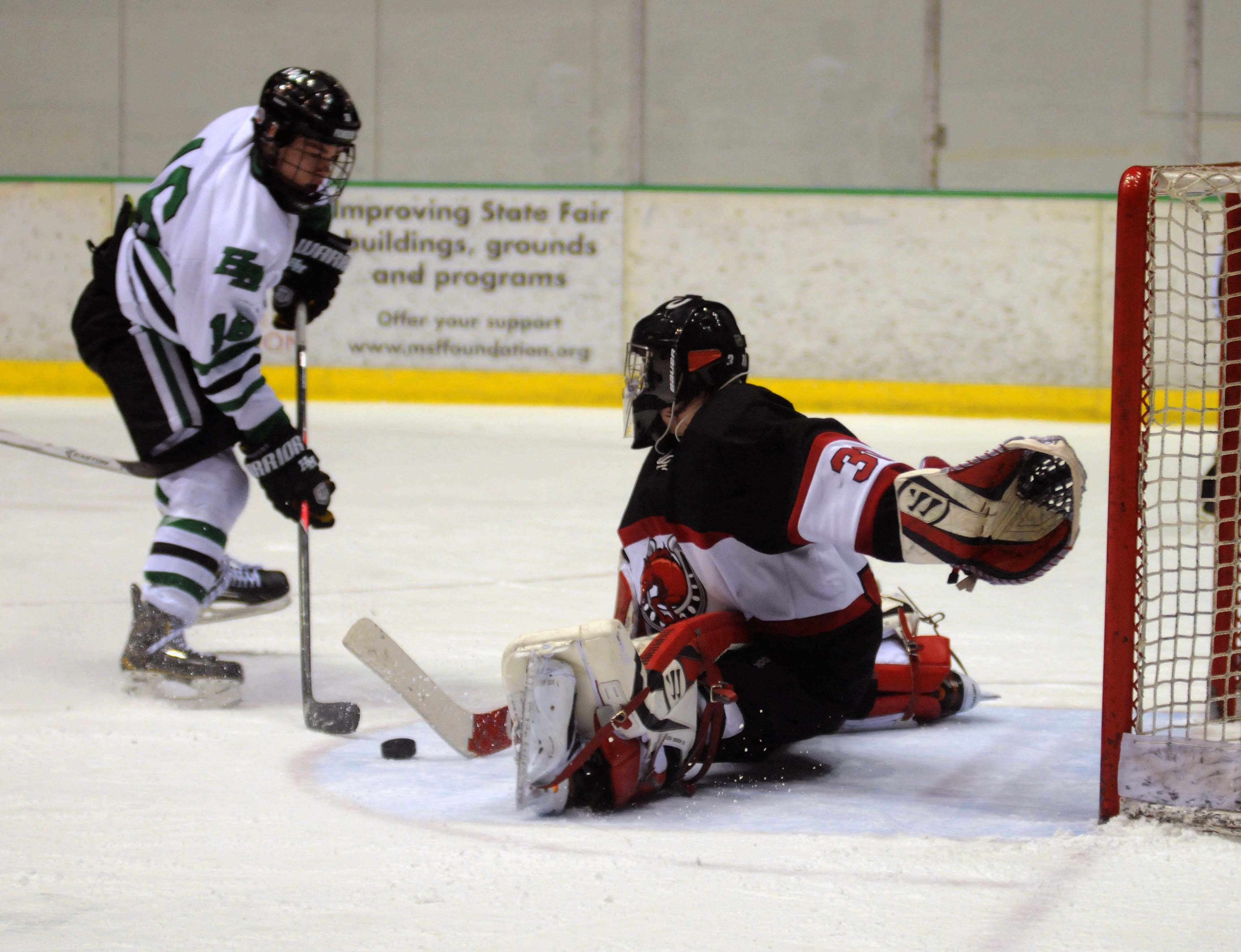 Stillwater’s Brandon Jungmann’s goal early in the third period snapped a 1-1 tie and the Ponies survived the inevitable Pioneer surge to beat Hill-Murray 2-1. No. 3 Stillwater began the game with seemingly no fear of No. 1 Hill-Murray and gained confidence as the game wore on.

“We could feel it in the locker room, just the mojo and momentum,” Jungmann said. “We talked about how it was like the 1980 Olympics with USA, just building up and having a big game like we did.”

“We had a great game against White Bear so after that we were just heads-in-the-clouds,” Stillwater defenseman Mitch Reinke said. “We knew we had a deep group here and we all wanted it together so we knew we could do it.”

“It’s tough right now to really know the impact that this is going to have,” Stillwater Coach Matt Doman said. “Obviously there’s a lot of excitement and I think this been a long time coming for a lot of people.

“I see the smiles on these kids’ faces and it makes me so happy to know they’ve worked as hard as they have and now are rewarded for that.”

The Coliseum houses a host of memorable moments accumulated over the course of its nearly 40 years as a hockey venue and Friday night’s winning goal will certainly be added to Coliseum lore.

Jungmann’s shot richocheted off of a stick and popped high in the air where Hill-Murray goaltender Sam Illgen lost sight of the puck as it vaulted into the dingy concrete backdrop of the Coliseum ceiling. When it finally came down it dropped behind Illgen and crossed the goal line.

“Not an ideal goal but, hey, they go in how they go in,” Jungmann said. “We deserved that win and we deserved things to go our way there.”

Stillwater goalie Josh Benson , who finished with 24 saves, sympathized with his counterpart over his nightmare scenario.

“You don’t know where the puck is and you’re just hoping for the best,” Benson said. “[Illgen] didn’t have the best chance right there.”

“If that bounce goes against us we probably don’t win this game,” Doman said. “That’s just how good of a team that they are and every shift mattered for us. We played like a desperate team and came out on top because of it.”

The Pioneers took an early lead on Mitch Slattery’s 20th goal of the season, driving hard across the front of the Stillwater net to slide a backhand shot behind Benson with just 5:18 elapsed in the first period. The Ponies, however, drew even less than two minutes into the second when Devin Cates buried his ninth goal on a backdoor feed from John Heddle.

“They always say at this time of year it comes down to one moment, and it’s Stillwater’s moment today,” Hill-Murray coach Bill Lechner said.

As he stood near Stillwater’s locker room with his team’s random shouts drowning out his interview, Doman observed the traffic going in and out of the room with a huge grin.

“I’m watching guys that I coached that are coming in the room and congratulating these guys,” Doman said. “The guys that didn’t get an opportunity [to play in a state tournament] are now just as excited for those kids as if they were on the team, and that’s really what it’s all about.”