Mikael Granlund is on a roll for Minnesota 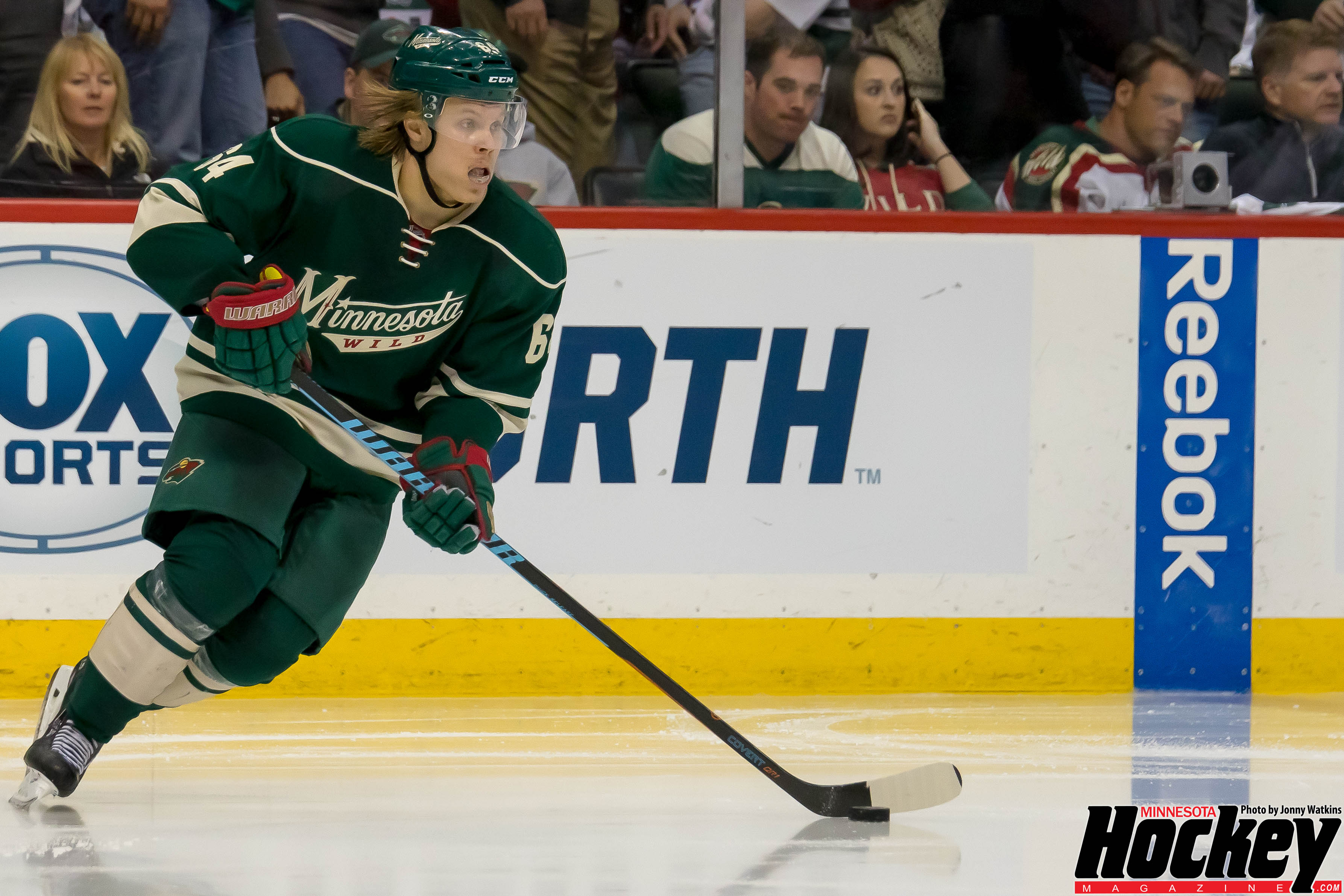 (Photo by Jonny Watkins For MHM)

Mikael Granlund is on a roll for Minnesota

It’s becoming almost automatic these days: Mikael Granlund registers a goal, an assist or a near-goal practically every game for the Wild.

Granlund, at age 24, has definitely proved to be a worthy first-round pick for Minnesota in the 2010 NHL Entry Draft.

When he faked Ian Cole of the Pittsburgh Penguins nearly out of his britches in the second period of the Wild’s 6-2 victory the day after Thanksgiving, it gave the Finn eight points in a stretch of eight games and at least a point in 10 of his team’s past 15 games.

“I didn’t really have time to think; it just happened,” Granlund said. “Glad it went in.”

Granlund has been so good that, after he registered two assists on Thanksgiving eve in a win over Winnipeg, coach Bruce Boudreau said his plan is to simply leave the guy alone.

“I don’t talk to him because I just want him to keep doing what he’s doing,” Boudreau said with a smile. “Every time he touches the puck, you think he can beat a guy.”

Midway through the third period Friday, Granlund set up Jonas Brodin for a magnificent power-play shot that was saved by Pittsburgh’s Marc-Andre Fleury. 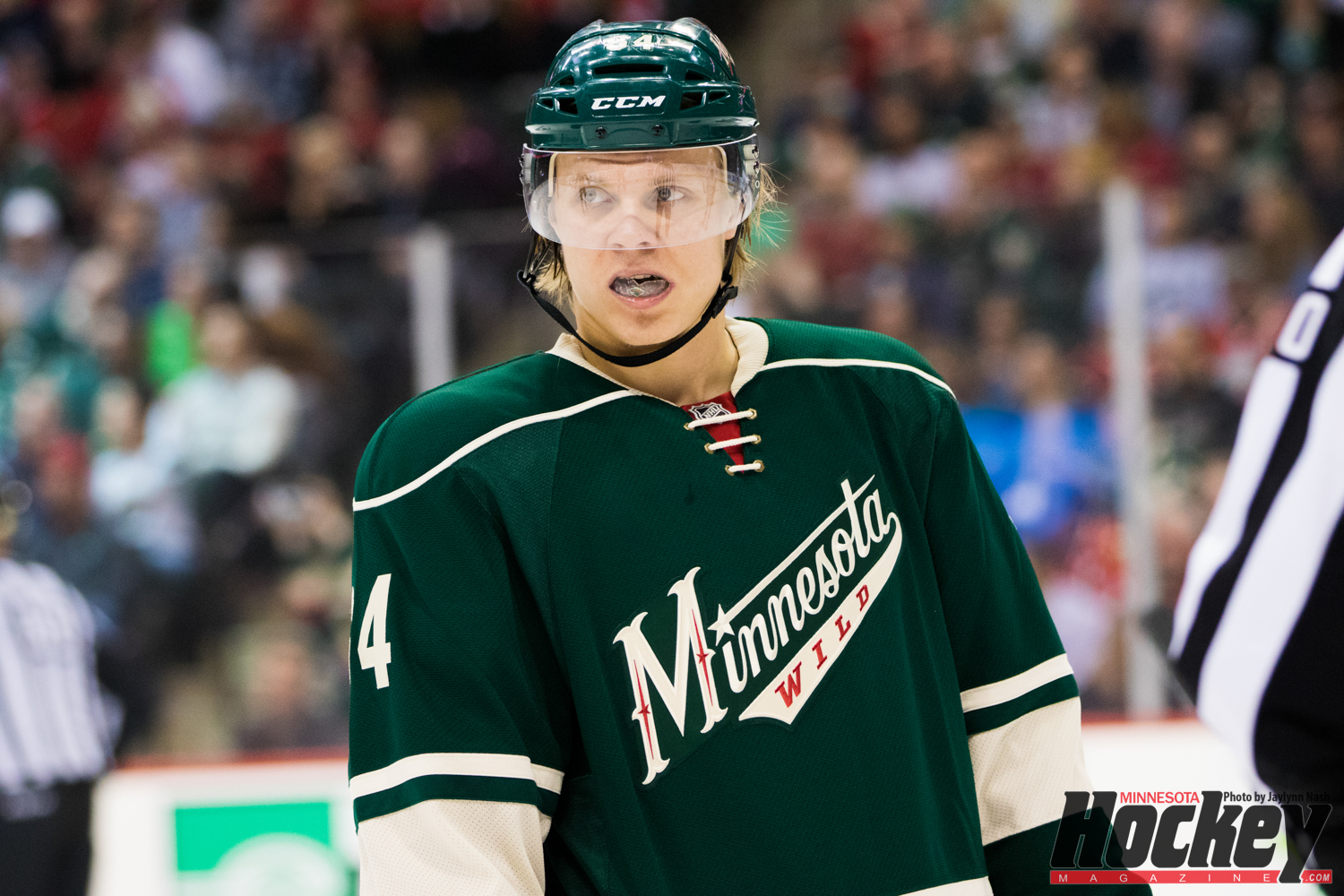 (Photo by Jaylynn Nash For MHM)

That and his earlier goal were the kinds of play expected by Wild fans from the 5-foot-10 forward who was rookie of the year in Finland with 40 points in 43 games in 2010 and twice led Finland to bronze medals in world junior tournaments.

Through the Wild’s first 20 games, Granlund stood tied for second on the team with six goals and fourth in points with 14.

Goaltender Devan Dubnyk, who stopped 34 of 36 Pittsburgh shots, noted that Granlund and several other top Minnesota players seem to be hitting stride despite not yet reaching their 25th birthdays.

“You’ve got to take a second to realize how old they are, once in awhile,” Dubnyk said. “Then you realize they’re just going to get better.”

Contrast Granlund’s numbers this season to his career highs of 13 goals and 44 assists in 82 games during the 2015-16 season. He scored eight goals each of his previous two seasons and came into this season with 31 goals in 240 games.

But that surge people anticipated appeared to be coming: He scored four of his goals in his team’s final 13 games and added a goal and two assists in six playoff games.

“The end of the season was good for me,” Granlund said after tallying a goal and an assist against the Penguins. “I’ve started on the right foot this season, and hopefully I’ll keep doing that.”

It was balance including three power-play goals that enabled the Wild to cruise past Pittsburgh and raise their record to a very decent 11-7-2 through 20 games, including 7-3 at home.

“We have a lot of depth in this team and we can go with three or four lines,” Granlund said. “I think that’s one of our strengths.”