Following in the Footsteps 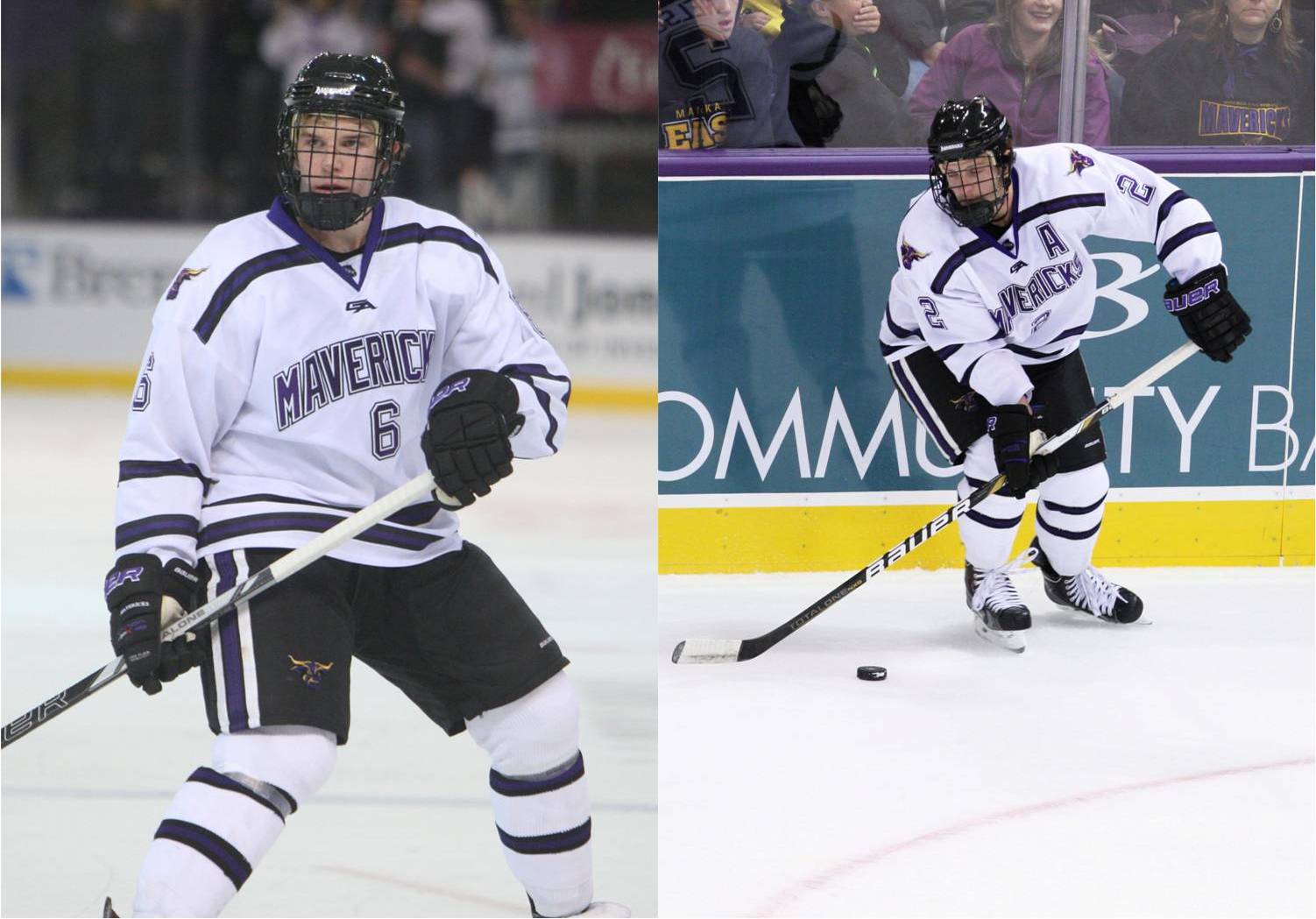 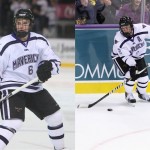 The brothers hail from Wisconsin Rapids, Wisc. and took identical paths in reaching their dream of Division I hockey. Both brothers played three seasons in the North American Hockey League, one of the best junior hockey leagues in the country. Josh started out with the Marquette Rangers before playing two seasons with the Fairbanks Ice Dogs, while Casey played for the Alaska Avalanche before ending his junior career with the Johnstown Tomahawks.

There have been many cases where a set of brothers played for the same collegiate program, but not too often do you see brothers playing on the same team at the same time at such a high level. Not only are their parents proud, but probably more relieved that they only have to travel four hours or so to watch their sons play at the same time, as opposed to traveling across the country.

“From a family perspective it’s very convenient that Casey and I are finally playing in the same part of the country again, let alone the same team” said Josh. “My parents are able to travel to just one destination to see the both of us play, versus when I was in Fairbanks or Casey being in Johnstown.”

Being three years apart in age, the brothers only played together once before this season. It was back at Lincoln High School when Josh was a senior and Casey was a freshman

Over the course of his career as a Maverick, Josh has been a staple on the blue line; a defenseman who is reliable on the back end but also has a great deal of offensive ability able to contribute up front. Casey’s game mirrors Josh’s playing style very closely.

“I look up to him not only as one of the captains, but I like the way he plays,” said Casey, “ I like to somewhat follow how he plays and try to recreate some things to help out with my play.”

While Josh has been out the past few weeks with an injury, Casey has seen increased ice time, including top power play minutes. Much like his brother has played as a Maverick, Casey plays with confidence beyond his years and has been playing like a veteran instead of a rookie. While being brothers on the same team can be great, one might assume there is some brotherly competitiveness that goes on as well.

“I don’t think there is much competitiveness between us as defenseman,” Josh said. “If anything I think we may encourage each other and help the other become more competitive and demanding of ourselves.”

Being the older brother, Josh was instrumental in Casey’s hockey career.

“I gave him advice telling him to be patient waiting for a scholarship, and that if he just keeps working hard and taking care of his job, the rest would eventually fall into place,” said Josh. “I also gave him advice as to what college coaches may want to see out of him, or what he could work on getting to the next level.”

With the success Josh found in hockey, it gave Casey the determination needed to achieve the same goals and reach the ultimate dream.

“He has been a role model for me all through the ranks of hockey” Casey said. “When he went and played juniors, that’s what I wanted to do, when he got the chance to play D1 hockey, I wanted to achieve that very same goal.”

Although Josh is in his final season with the Mavericks, Casey is just getting started and hopes to follow in his brother’s footsteps as a Maverick.

Josh recorded five goals and nine assists from the blue line last season, helping the Mavs to their first NCAA Tournament appearance in ten years. Casey has appeared in all ten games for MSU this year, recording a goal and an assist thus far, while being paired with sophomore defenseman Jon Jutzi on the back end.

“We always have major family support and, if I need anything, he’s who I go to here,” Casey said when asked what their favorite part of being on the same team is.

“Watching him succeed and grow as a person and a player,” Josh replied.

Interestingly enough, both of the Nelson brothers said that their least favorite part of being on the same team is having the same last name.

“He gets the nickname Nelly, and I had to get a new one,” said Casey. “They call me Junior now.”

Casey and Josh may only have a few months left as teammates, but this surely won’t be a season they forget about. Before, they were bonded as brothers for life, but now they are both Mavericks for life.

Republished with permission from The MSU Reporter.