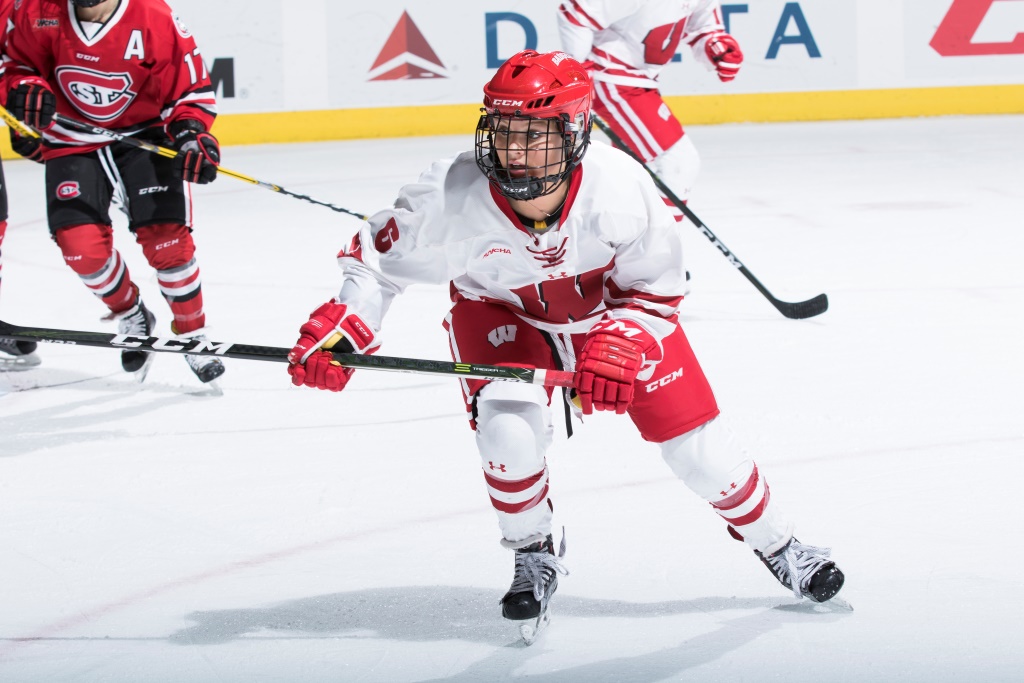 MADISON — For a rookie, the learning curve can be steep. It’s why preseason rookie of the year predictions are so rarely correct in college. But Badger freshman and 2016 Ms. Hockey Award winner Presley Norby is taking that curve with aplomb.

“With time, you experience new things and learn how to deal with them and have some adversity.”

Norby isn’t just embracing the opportunity to learn on and off the ice in Madison; she has excelled on a team where it can be difficult to stand out. Through 22 games, she has posted five goals and 15 points, which ranks fourth among all WCHA freshmen and seventh on the team. Additionally, her average of 3.26 shots per game leads all conference rookies. 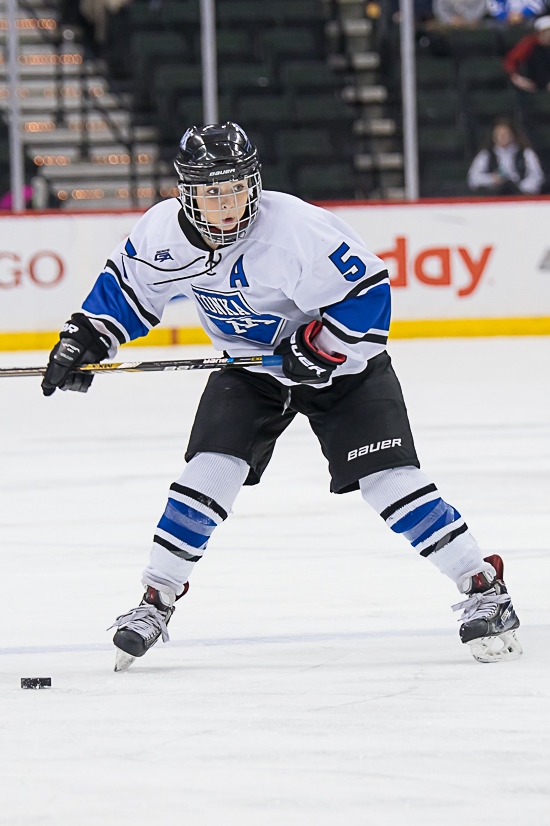 Presley Norby winds up for a shot for Minnetonka in the 2015 Girls Class 2A state championship game against Hill-Murray. (MHM Photo / Jonny Watkins)

She’s already making big contributions to the nation’s No. 1-ranked team, but from afar, her arrival seems unlikely. She captained a strong Minnetonka team during her senior year of high school and won the 2016 Ms. Hockey Award. Crossing lines in the Border Battle isn’t the most well-worn path for a Minnesota high school standout. The last four Ms. Hockey Award winners — Taylor Williamson, Sydney Baldwin, Dani Cameranesi, and Hannah Brandt — all committed to the Gophers, as did seven of the eight winners prior to Norby.

“It seems like everyone from Minnesota goes to the U of M, but I actually visited [Madison] first of all my recruiting trips,” Norby says. “When I went here, I kind of compared everything to here and nothing really measured up for me. The coaching staff, facilities, campus, atmosphere of the school, just all the little things combined.”

It wasn’t just the little things, though. There was also a really big thing. There was the 2014 “Fill the Bowl” game that influenced her. The game set a NCAA attendance record, which was broken by the 2016 installment of the “Fill the Bowl” game. “I was actually at this game two years ago when I wasn’t committed yet and I was like, ‘Wow, I want to play in one of these games,’” she said. “How do you go in that arena and not want to be on the ice as a person that loves hockey? I said, this is a great atmosphere and a great campus and it’s really something that I want to be a part of.”

Her on-ice talent stood out immediately upon entering college hockey, grabbing the WCHA Rookie of the Month honor for September and October. But even with early honors, she’s maintained focus on learning and improvement. “We have a lot of really good leaders on this team,” she says. “Because my two linemates are both senior captains, they teach me a lot, even in the classroom and off the ice.

“I’ll ask a lot of questions. Or I won’t have to ask a question; they’ll let me know. But that’s part of the process. It’s also part of being a freshman and letting them lead. It’s OK for them to tell me what to do.”

It might seem like a small thing, but it can be a trying transition. Roles change between levels, but Norby has gone from being a captain of her high school team and an alternate captain of Team USA at the U18 Women’s World Championship, to being a rookie. “It’s definitely new to have a new role on a team,” she says. “I’m transitioning from being a leader to almost being a follower. But I’m also trying to keep those leadership qualities within myself, to do the little things right, work hard, try my best every day, be on time, just do all the little things that a leader would do and just kind of follow in our older leaders’ footsteps.”

So far, so good. The Badgers have incredible talent with upperclassmen like Nurse, McKibbon, Annie Pankowski, Emily Clark, Jenny Ryan, and Ann-Renee Desbiens. But it’s their depth that makes them almost impossible to shut down. Freshman like Norby, Abby Roque, and Mekenzie Steffen have been a significant part of the Badger attack, which comes in waves.

“It’s definitely a big transition [coming to college], but in hockey, there’s a lot of roles being played,” Norby said. “I kind of expected my role here and I’m just trying to do the best at that.”