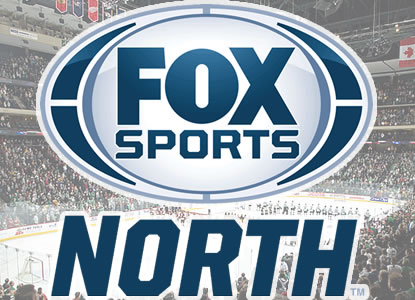 “We are thrilled to partner with FOX Sports North to provide outstanding television coverage of the 2015 WCHA Final Five,” said Robertson. “FOX Sports North has long been the on-air home of the Final Five, showcasing the incredible college hockey traditions, fantastic teams and success of the conference. As the WCHA brings the Broadmoor Trophy back to Saint Paul and the Xcel Energy Center in 2015, we could not ask for a better partner to deliver the best possible viewing experience for our fans.”

“We are pleased to continue our long-standing relationship with the WCHA and offer hockey fans across the region the opportunity to watch the Final Five,” said FOX Sports North Senior Vice President and General Manager, Mike Dimond. “The tournament is one of the highlights of our college hockey schedule on FOX Sports North this season.”

In addition to the Final Five, FSN also announced Wednesday an extensive 2014-15 regular-season television schedule that represents all of the Division I college hockey programs in the region. The 24-game television schedule includes coverage of the North Star Cup and a border battle matchup between the University of Minnesota and the University of Wisconsin on Jan. 17, as part of the network’s ninth annual Hockey Day Minnesota.

FOX Sports North’s schedule includes 15 telecasts on the FOX Sports North PLUS channel, which is made available by most cable and satellite providers.

“The local collegiate hockey landscape has undergone recent change, providing FOX Sports North the opportunity to offer fans a well-rounded package of college hockey and new viewing experiences,” Dimond said. “For the first time, we’ll be able to represent all of the D-1 college hockey programs within our five-state viewing area.”