From South St. Paul to the ‘Hall’ 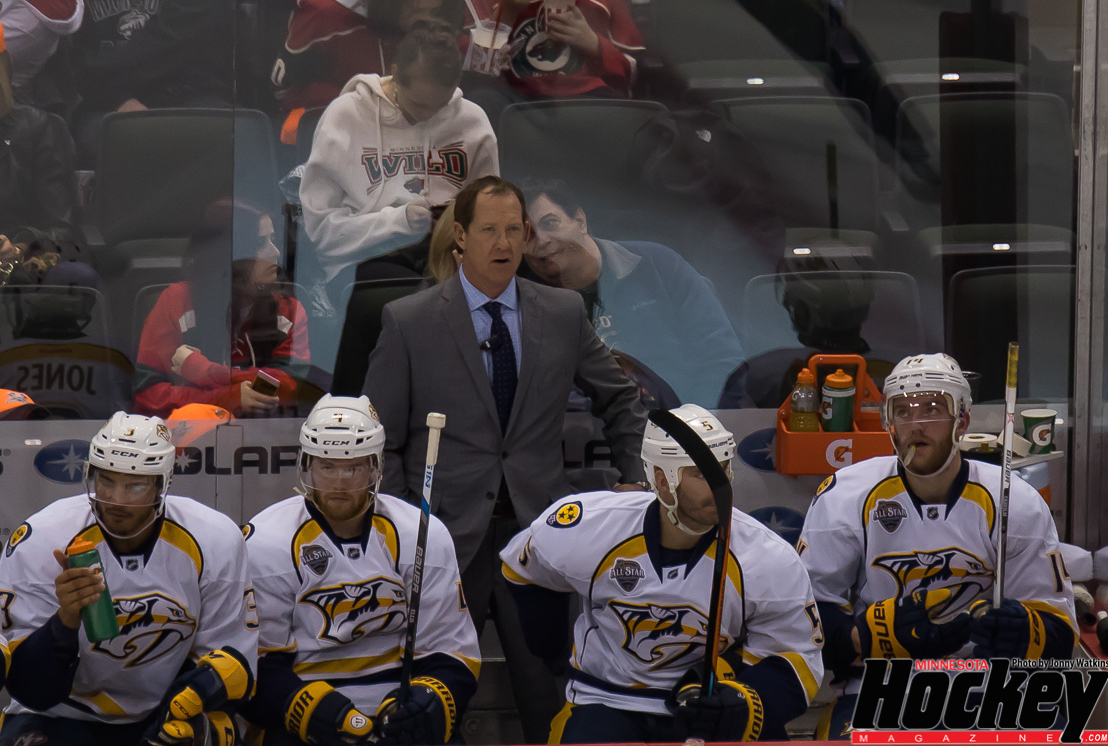 New Hockey Hall of Fame inductee, Phil Housley, watches over the Nashville Predators defensemen in his charge during his team’s 3-2 win over the Minnesota Wild on Nov. 5, 2015 at Xcel Energy Center. (MHM Photo / Jonathan Watkins)

As an under-aged player, a young Phil Housley tried out for the Squirt A team in his hometown of South St. Paul, but the future NHL star did not make the cut. It wasn’t long, however before the phenom made his mark and was eventually called up during that season.

Housley went on to receive the Most Valuable Player award from a team that initially cut him. Today in Toronto, Housley receives hockey’s highest individual honor when he becomes one of seven new members inducted into the Hockey Hall of Fame.

“Which is incredible because of all the great players that have come out of here,” Housley said. “You look at that 1980 team and a lot of those players had great careers so it was a little bit surprising to me but certainly I’m very honored.”

Housley is thrilled his wife Karin, a Minnesota State Senator, and children Taylor, Reide, Wilson and Avery will all be in attendance in Toronto along with several friends from his eight stops throughout his NHL career (Buffalo, Winnipeg, St. Louis, Calgary, New Jersey, Washington, Chicago and Toronto).

The absence of Housley’s parents, MaryLee and LeRoy, who have both passed away will not go unnoticed, however.

“I know they’re going to be looking down on me very proud and I’m sure they’re just gleaming up there,” Housley said. “That’s going to be a little bit emotional for me when I mention my mom and dad, because they had so much to do with it.” 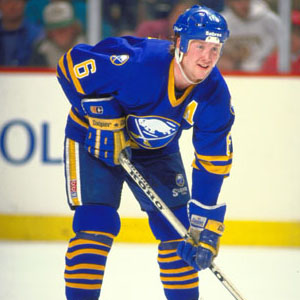 After starring at South St. Paul High School, Housley was selected by the Buffalo Sabres in the first round (No. 6 overall) of the 1982 NHL Draft. The 18-year-old defenseman so impressed Scotty Bowman, the Sabres Coach/GM at the time, Housley made the team the following Fall and was named to the 1983 NHL All-Rookie team.

He never spent a day in the minors in a career spanning 21 seasons and nearly 1500 games with eight teams. The seven-time All-Star’s 1,232 points (338 goals and 894 assists) were the most ever registered by a U.S. born player at the time of his retirement in 2003. Former Minnesota North Star and Dallas Star Mike Modano eclipsed that mark in 2007.

Housley won gold as a member of Team USA in the 1996 World Cup of Hockey and was an Olympic silver medalist in 2002 playing under coach Herb Brooks in Salt Lake City. He most recently made his mark internationally when he led Team USA to gold as Head Coach of the U.S. National junior team in the 2013 World Junior Championships in Ufa, Russia.

After nine years behind the bench guiding Stillwater High School’s boys team, Housley is in his third season as an assistant coach with the Nashville Predators, first under Barry Trotz and now under Peter Laviolette.

Nashville happened to be scheduled to visit Minnesota on Nov. 5, Housley’s final game with the Predators prior to his departure to Toronto for Hall of Fame festivities.

“It’s fitting that we’re playing Minnesota right before the induction ceremony takes place on Monday,” Housley said. “It’s been just a great summer, I had a grandson (born) about six weeks ago and, obviously with the call (to the Hall of Fame).”

Housley was joined on the ice by his entire immediate family during a pre-game ceremony honoring his accomplishment in which he dropped the ceremonial first puck between Wild captain Mikko Koivu and Nashville captain Shea Weber.

“He contributes an awful lot inside of our locker room with our team and our young players and to the coaching staff,” Laviolette said after the Predators defeated the Wild 3-2. “For him to get recognized for his career is pretty special.”

Housley has been charged with mentoring a young defensive corps in which five of Nashville’s blue liners are 25 or under, including Seth Jones the fourth overall pick in the 2013 NHL Draft. Jones, who was a rookie in Housley’s first year behind the Predators’ bench said he loves playing for him. 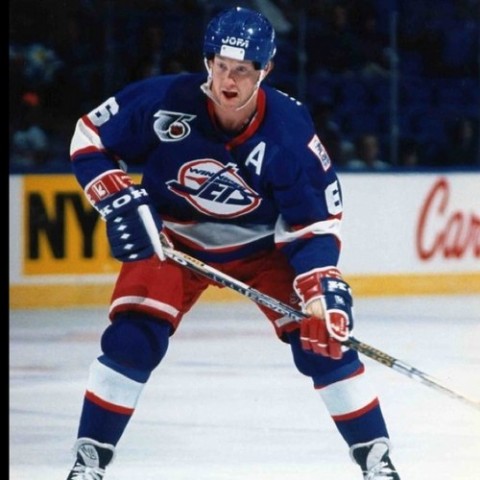 “A lot of the D on our team are kind of young and still learning the game,” Jones said. “It’s funny because we are all very offensive and like to skate the puck just like he did so whenever he gives insight everyone’s all ears.”

Fellow defenseman Mattias Ekholm referred to Housley’s resume` and the instant credibility that comes with it on the ice.

“His numbers speak for (themselves),” Ekholm said. “He almost has a point a game in the NHL. How many defensemen can do that?

“It’s a huge honor for him and I think it’s long, long overdue.”

Housley says he feels fortunate to be able to coach a defensive unit with such great work ethic.

“These guys come to work and they’re eager to learn, they want to get better, they’re great competitors,” Housley said. “They’re one of the strengths of our team and they’re all mobile so it sort of fits hand in hand.”

Housley spoke proudly of growing up and honing his skills in South St. Paul during a 2012 interview with Minnesota Hockey Magazine.

“We had 10 outdoor rinks and that’s all we did,” Housley said. “Hockey was just my passion whether it was in the winter or the summer playing ball hockey.”

Like most kids, Housley said he would head to the outdoor rinks after school but that wasn’t enough. He would also make his mom get up an hour early on school days so he could skate before school as well.

Housley vividly recalled getting up especially early on Saturday and Sunday mornings to be first at the rink because he knew the rinks were flooded on Friday and Saturday nights.

“I just loved driving up and looking at that fresh sheet,” Housley said. “It was fun just to be around by myself doing different things and eventually all the kids would come and we’d have some pick-up games.”

Last week Housley spoke about how much the community of South St. Paul meant to him and his development.

“You surround yourself with people that shape you at a young age, you know, all the coaches and just the community itself,” Housley said. “It’s a blue-collar town, you had to work hard … and it was great to grow up there.”

Housley fondly recalls many of his youth coaches including legendary South St. Paul Peewee A coach George Powers, along with his squirt coaches Tom Moore and his own father, LeRoy. But he singled out his Bantam A coach, Paul Moen, a well-known figure in South St. Paul, who spent several years as an assistant coach at South St. Paul High School in addition to his work with Minnesota Hockey.

“I really loved his intensity and just joy to see the guys together at practice and winning at games,” Housley said of Moen in that 2012 MHM interview. “He just had a passion for it and he’s still doing those things today.”

Although Housley was center throughout his youth hockey career, Doug Woog, his coach at South St. Paul High School, had other plans in mind for him.

“He decided to put me back to defense,” Housley said. “He thought I could see the game in front of me really well and thought I had pretty good mobility.”

“Or he maybe just wanted to play me more, I don’t know,” Housley added with a chuckle.

Whatever it was, the decision spawned a remarkable and well-decorated playing career for which Housley will now be immortalized in Toronto.

“You never really think when you enter the NHL that you’re playing to become a Hall-of-Famer, you’re just in the moment,” Housley said. “But certainly when you look back at all the hard work you put into it and all the great people and players that you played with that put you in this position I’m very grateful.”