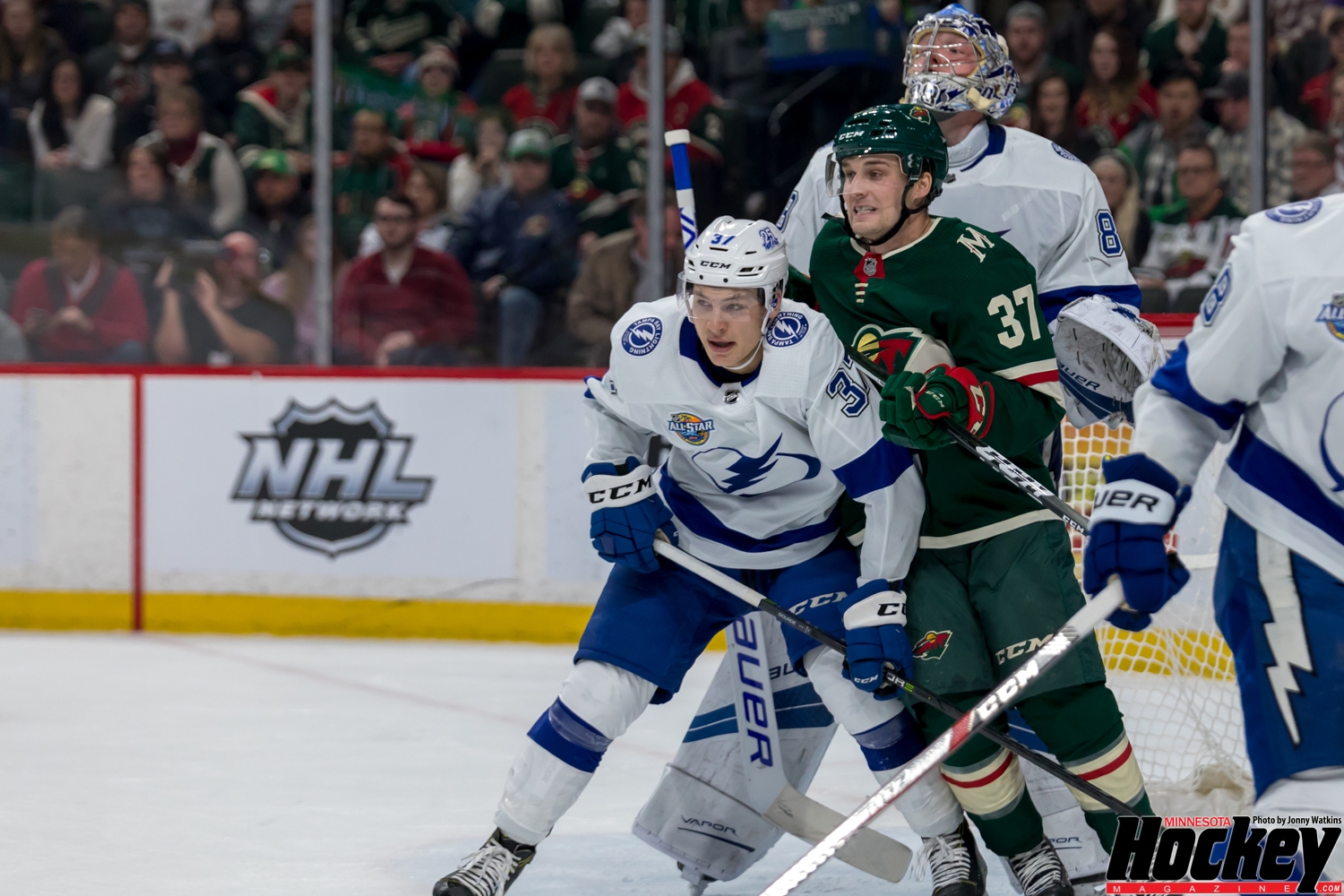 Kyle Rau scored one of his many hat tricks in an Eden Prairie High School jersey during an outdoor game against Hermantown on Hockey Day Minnesota 2010. As his coach Lee Smith put it, Rau put on an offensive show that day at the outdoor rink and it wasn’t even Rau’s most memorable Hockey Day.

That came in 2012 when Rau was a freshman with the Gophers. After the Gophers dispatched Colorado College 2-1 in the afternoon, Rau’s day wasn’t done.

“My brother was playing for the Wild that night, so I rushed out of the rink and went and watched his game,” Rau said. “So that was probably my most memorable Hockey Day Minnesota.”

Indeed, older brother Chad Rau got the call for his NHL debut with the Wild that night. Fittingly, he also scored his first NHL goal in the 5-2 Wild victory over Dallas.

A few years later, Kyle made his Minnesota Wild debut on Hockey Day 2018, recording an assist in the win over Tampa Bay. Kyle’s played at the high school, college and pro levels on Hockey Day. This year, he’ll play as a center for the Iowa Wild.

Along with Kyle, current Minnesota Wild defenseman Nick Seeler was part of the Eden Prairie squad that played on Hockey Day in Hermantown nearly a decade ago. The Eagles were the defending Class 2A champions, facing a perennial Class 1A power in Hermantown under then-head coach Bruce Plante. Rau, Seeler and Smith all remember it being a great experience.

Smith, now in year No. 26 coaching Eden Prairie, acknowledged the different challenge it presented for a coach to prepare a team for such a high-profile game.

“It’s easy to get caught up in all the hype,” Smith said. “But at the end of the day, you’re still playing a game. And even though it feels like an exhibition game, when you only have 25 games, it does matter and it counts on your record. You have to be prepared to play the game.” 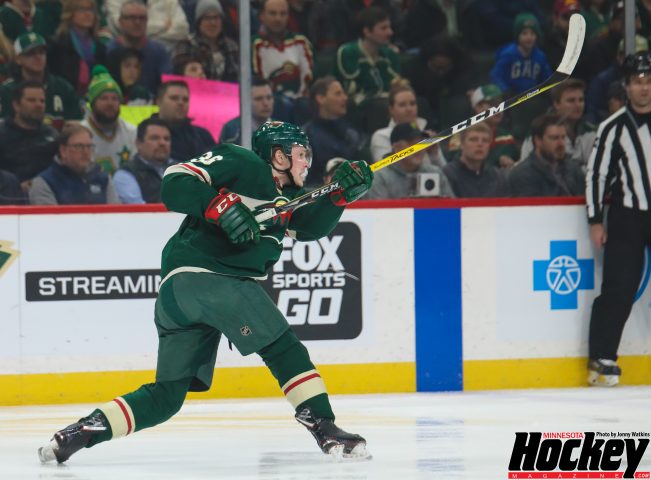 Part of the preparation for Hockey Day included some outdoor practice time back home. Then-Gophers coach Don Lucia even came out to watch one of them, as he was there recruiting Kyle. The whole idea of playing a high school game outdoors is a bit of a throwback to mites or squirts days.

“Obviously playing outside with some of your best buddies, your lifelong buddies, is something that’s really cool,” Kyle said. “I think leading up to the game, you kind of soak it all in because not everyone gets to do it. Once the game starts… everything else kind of goes into the background. It’s just hockey again.”

For the game itself, Smith recalled three different parts of the game – all because of the changing weather conditions. The ice went from soft and mushy, to snowy, and slushy again as temperatures continued to drop each period.

The puck was jumping everywhere, Kyle said, who had his hat trick by the 11:42 mark of the second period.

“It was just outdoor hockey,” Seeler said, who fondly remembers putting on the face paint for the outdoor conditions, too. “It kind of brought you back to when you were a younger kid and you grew up playing on the ponds and stuff.”

One of the other unique factors about the setup was the chicken wire along the boards instead of glass.

“So if you rim a puck and it hits there, it goes right down,” Seeler said. “You don’t want to get hit into it either.”

The Eagles won 4-3 and went on to a 20-4 season in 2009-10, falling short of the state tournament with a section-final loss to Minnetonka. But Kyle and Seeler helped the Eagles win another state title in 2011, capped with Kyle’s championship-clinching goal in triple overtime against Duluth East in a thriller.

This weekend marks the 13th annual Hockey Day Minnesota, a day with outdoor hockey and hours upon hours of coverage on Fox Sports North. It’s become a tradition that showcases different parts of Minnesota and various hockey programs. It’s been a benefit for Minnesota high school hockey and keeping it relevant, according to Kyle.

“Instead of guys wanting to go play juniors, you have guys that want to stay and play Minnesota high school with their best friends because other guys have done it,” Kyle said. “So I think it’s good for high school hockey, and Minnesota youth hockey in general, too.”

Seeler agrees, adding that it’s important to encourage kids to get into hockey if they aren’t already. Anything that can promote hockey in the state is important, Smith said.

“Hockey’s a great sport whether it’s played on a lake or on a river or in a park or in an arena,” Smith said. “When it’s played right, it’s the best sport on earth.”