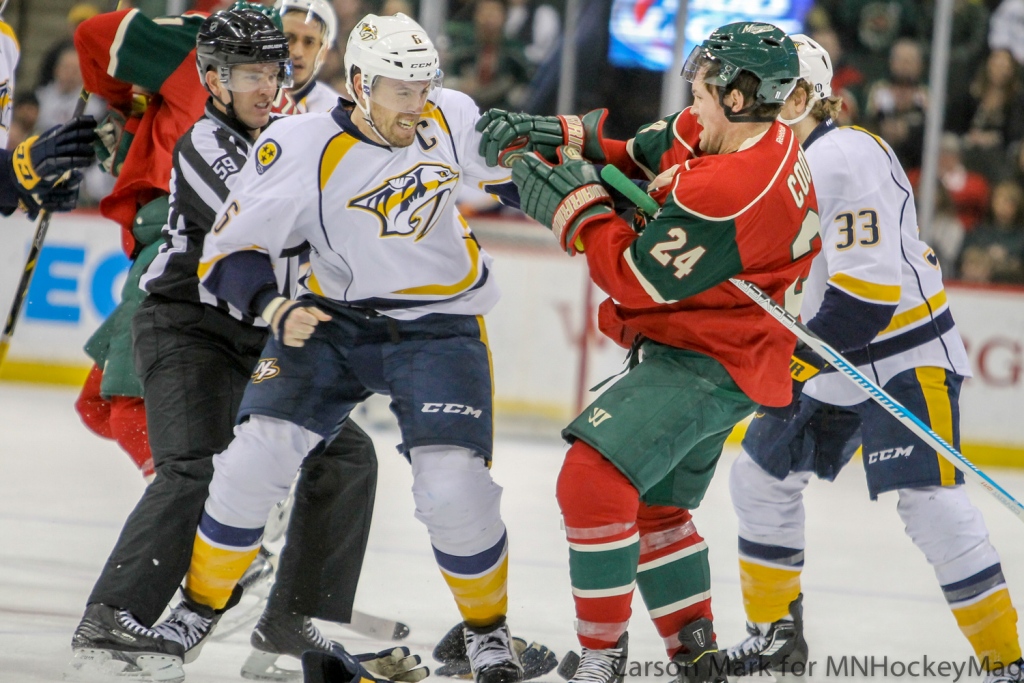 It was clear there was no love lost between the Minnesota Wild and the Nashville Predators. In the 3-1 Nashville win, fists flew like kites on a windy spring day.

First it was Ryan Carter and Paul Gaustad, then Matt Cooke and Shea Weber, and finally Nate Prosser and Mike Fisher. But as the bad blood flowed, it was the Predators who got the upper-hand and held on to become the first NHL team to reach 60 points this season.

With the game tied 1-1 in the third, Nashville forward Calle Jarnkrok picked up a rebound and sent home the puck for the 2-1 lead just under four minutes into the frame. Forward Colin Wilson added some insurance five minutes later off a Justin Falk turnover that went right to Wild goaltender Niklas Backstrom’s doorstep.

Minnesota’s lone goal came off the stick of Charlie Coyle, for his fourth of the season. Coyle tapped in a Christian Folin feed that Nashville netminder Pekka Rinna lost track of. Despite the tally, Rinne stonewalled the Wild the rest of the way, making 36 saves on the afternoon.