The girl in the cage 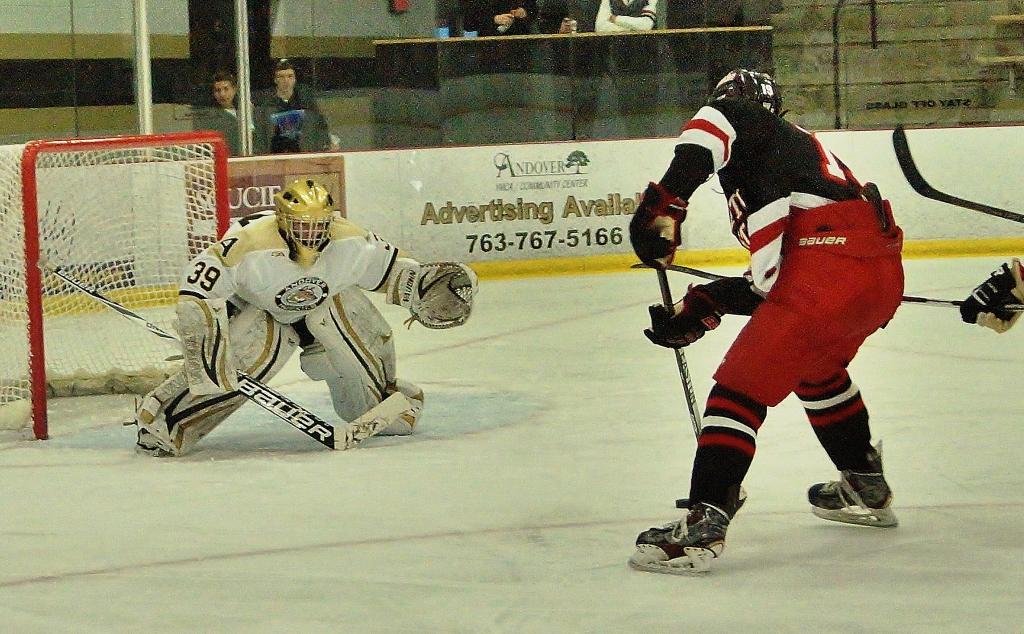 Look out onto the ice at the Andover Community Center while the boys’ hockey team warms up and you’ll see the usual sights. Players stretching their legs, pucks being shot at the net. But there’s one sight that might stand out more than others.

She has a long, brown ponytail hanging from the back of her all-gold helmet. 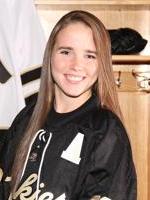 Rooney tended goal with the Andover girls’ hockey team the past two seasons, leading the team to its first state tournament last year where they won the consolation championship. The girls are headed back to state this week, this time with eighth-grader Cassidy Stumo in goal.

“I had some close friendships with some of those girls on the team,” Rooney said. “It was hard to leave them, but I wish them the best.”

The transition from the girls’ team to the boys wasn’t as drastic as it might seem. That’s because she spent most of her youth career playing with the boys. Senior captain Tyler Vold, and many of the other Huskies, played with Rooney for years in youth hockey programs, so it wasn’t much of a change to see her join them for her senior season.

“I was pretty excited for her and for our team,” Vold said. “With Maddie, our whole team has been growing up with her.”

Rooney rejoined the boys for last year’s summer program, and “she was one of our top two,” coach Mark Manney said.

The risk for Rooney was that she could only try out for one team – boys or girls – and Manney couldn’t guarantee her playing time. Early in the season, they were a little protective of her, he said, and didn’t start her in a game against Elk River.

“I guess at some point, we just realized that she gave us the best chance to win,” Manney said. “I think her two biggest assets at the beginning of the year were her quickness and her aggressiveness. When those are your two bigger assets to begin with, everything else tends to be pretty good.”

Make no mistake; there are differences in the girls’ game versus the boys’ game. For Rooney, she had to adjust to a quicker passes, speedier shots and more physical play in front of her. You could get away with a little more in girls’ hockey because it’s slower, she said. 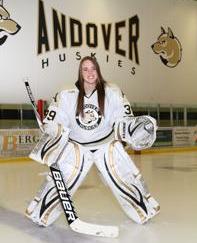 “Guys’ hockey’s more intense,” she said. “And you kind of have to be in on every play, and make sure as a goalie … you have to make sure every movement is crisp.

“If you give up a rebound, everything is faster and more physical.”

So, she practiced her lateral movements a lot. Whatever she did seems to have worked. In that recent game against Coon Rapids, she saved an initial shot on her right then had to make a sprawling save on the rebound to her left.

“She sees the puck very well,” Vold said. “Even though shots are harder.”

Vold has friends on many of the competing teams, and he knows that Rooney is respected as a good goaltender, he said.

“When she’s on her game, I think she’s one of the best goalies in the conference,” he said.

During his six years coaching Andover, Manney said he’s had four athletes who have shown up each and every day simply to be hard workers.

Rooney is one of those four.

“She shows up every day and she works hard,” Manney said. “At the end of the day, she takes off her stuff and goes home, and probably thinks about what she could’ve done better. (Her) goal is to become a better hockey player every day.”

Rooney is committed to the University of Minnesota-Duluth next season. With the regular season of boys’ hockey under her belt, Rooney recommends other girls make the switch if they’re looking to play college hockey.

“I wanted to give myself the ultimate challenge,” Rooney said.  “And playing with the guys was the highest possible thing I could do.”