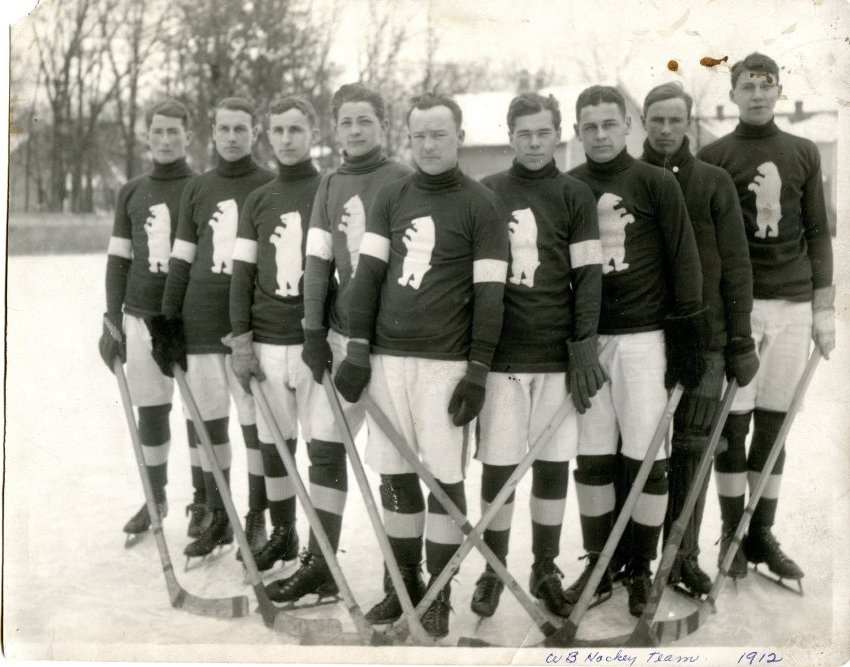 The legendary Moose Goheen is shown at far left in this 1912 photo. (Photo courtesy of Vintage Minnesota Hockey)

MANKATO, Minn. — After a massively successful initial sojourn into Southern Minnesota where its Mankato hosts knocked it out of the park, Hockey Day Minnesota returns to the Twin Cities in 2023 to the community of White Bear Lake. The announcement was made on Saturday evening on the Hockey Day rink at Minnesota State University’s Blakelsee Stadium following the Mavericks’ 6-1 win over St. Thomas. 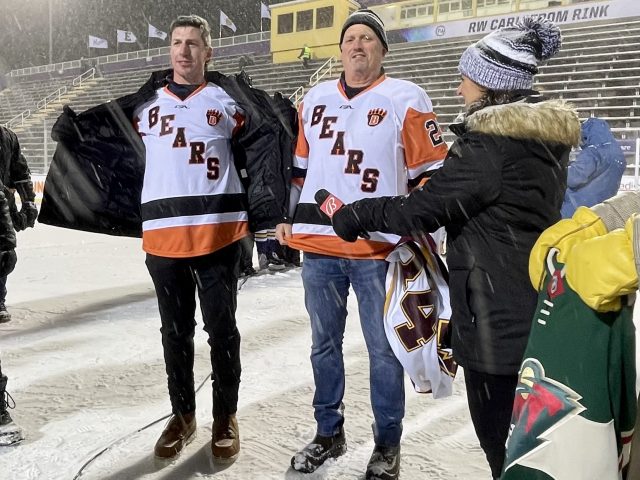 “It’s a once in a lifetime chance for any community and for us in White bear to to have this opportunity, it’s a real blessing for us,” Anderson said. “There’s some real strong history there, going way back when … so I’m looking forward to telling that story.”

The site for the event is actually in neighboring White Bear Township at Polar Lakes Park along I-35E just north of Highway 96.

Considering the tremendous job done by the Mankato community in hosting a well-organized and memorable event of great scale, the committee would appear to have its work cut out for them.

“Clearly we have a lot of work in front of us,” said Cory Roberts who, along with Anderson and Nick Guzzo, co-chairs the local organizing committee. “We certainly want to make our event unique to White Bear, as well. It doesn’t necessarily have to be bigger than every Hockey Day Minnesota, it just needs to be unique.”

The event will mark two straight years with a heavy Ryan Carter presence. The former Minnesota State and Wild forward grew up in and played his high school hockey in White Bear Lake. Carter was a Minnesota Mr. Hockey finalist as a senior for the Bears in 2002 helped Anderson with the reveal on Bally’s Sports North.

“Well, I think I can sum it up this way, I’ve never said no to a party so, back-to-back parties, it’s gonna be fun, right?” Carter said. “White Bear Lake, we’re a proud community, a proud hockey community and I don’t doubt that we’re gonna represent Hockey Day Minnesota very well.” 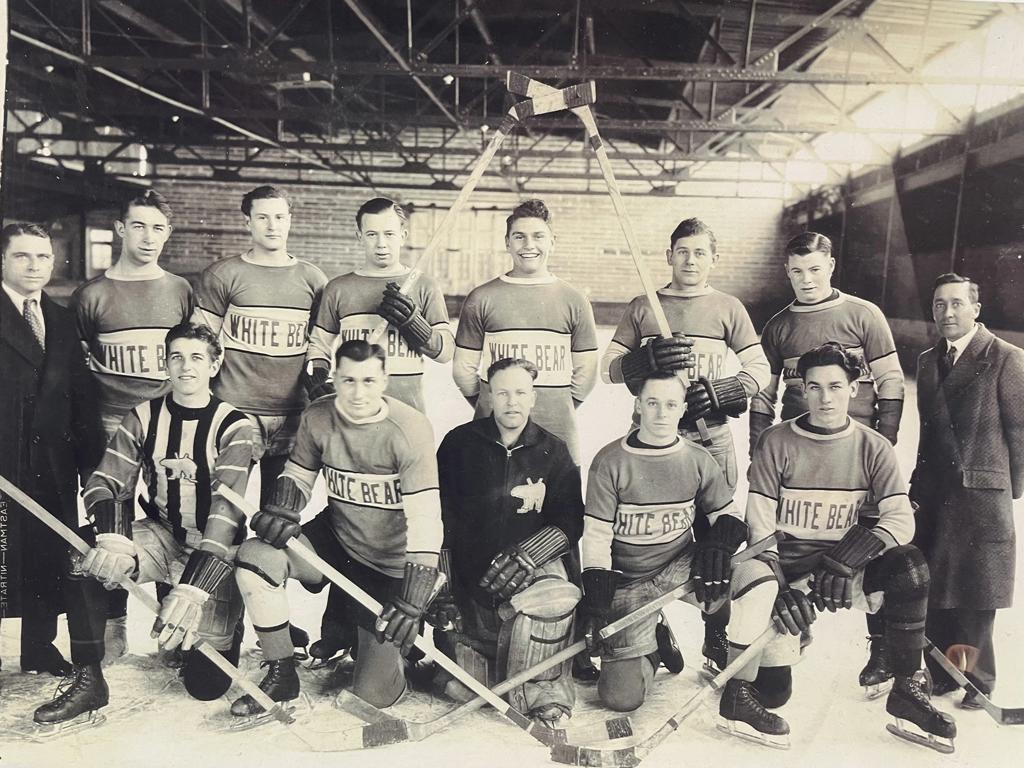