Going Out in Style 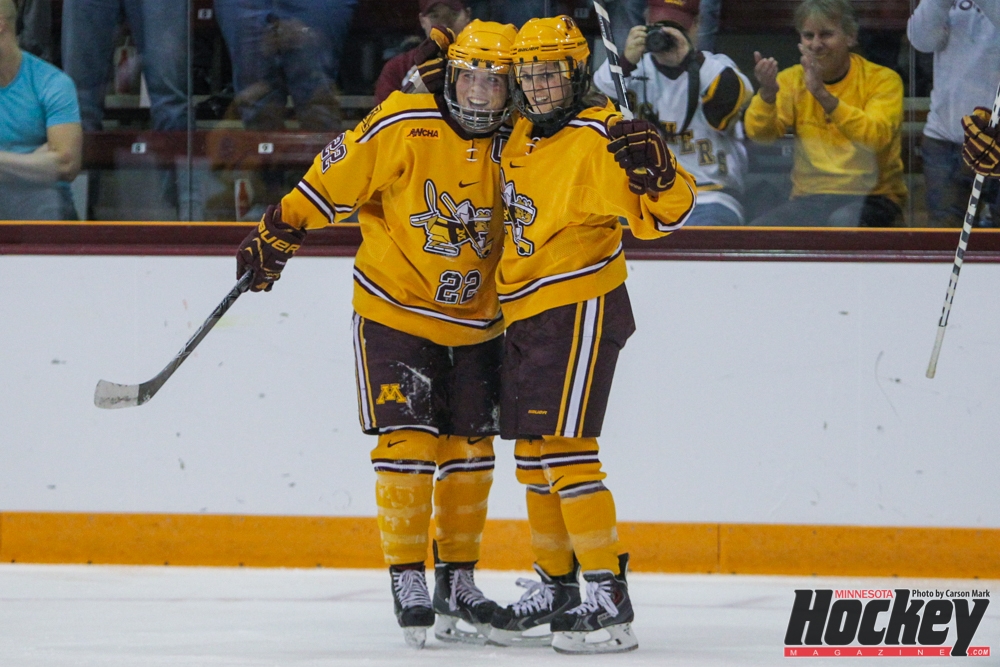 Minneapolis – Amanda Kessel played her final collegiate game at Ridder Arena Saturday, then offered a few postgame observations that left most of her teammates with moist eyes.

Kessel, a 24-year-old senior who had missed 18 months because of concussion symptoms before surprisingly returning to the University of Minnesota women’s hockey team six weeks ago, capped her days at Ridder in high style with a hat trick.

Her play lifted the Gophers to a 6-2 NCAA quarterfinal victory over Princeton in front of 2,468 Ridder Arena customers, ushering the Gophers into the Frozen Four for the fifth consecutive season. 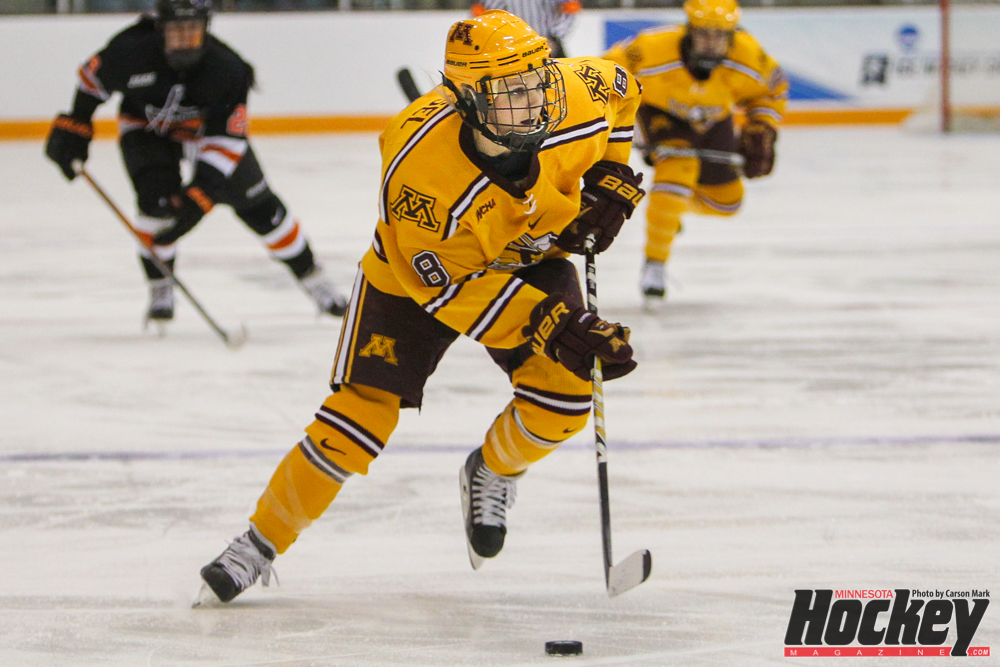 Then she stood in front of her teammates and told them what a joy it has been to play for the Gophers for 3 ½ seasons, how fortunate she considered herself to be back in uniform and how much it means to the program to gun for a second consecutive NCAA title and fourth in five seasons.

Not only did she tally the winning goal late in the first period, but her hat trick was her first as a Gopher since Jan. 18, 2013.

Gophers coach Brad Frost, who raised his record at Minnesota to 291-45-22, said it has been a thrill to have Kessel back on a team that was already considered one of the best in the nation.

“She has just been a great leader for us the last six weeks,” Frost said. “Here’s a kid who thought her hockey career was over and now she’s got a second shot at it, so you can see the passion that she’s played with. … It is emotional to see her out there and see her competing once again.”

The Patty Kazmaier Award winner as college women’s hockey player of the year three seasons ago before her one-year term with the U.S. Olympic team, Kessel finished with three goals, one assist and seven of the Gophers’ shots as the home team outshot Princeton 43-27.

Strangely, however, Minnesota will advance to the Frozen Four as an underdog, seeded No. 3 in the nation. The Gophers needed Saturday’s win to earn a replay of Border Battle hostilities with Wisconsin, which stunned the Gophers 1-0 in the WCHA playoff finale a week earlier.

The two will collide Friday at the University of New Hampshire in Durham, N.H.

“In my opinion,” Brandt said, “there’s nothing better than a Minnesota-Wisconsin game.”

There was little doubt throughout the afternoon that the Gophers, who have a 33-4-1 record, would take care of Princeton (22-9-2). Even after the Tigers scored just 29 seconds into the first period, this game was tilted toward Minnesota. 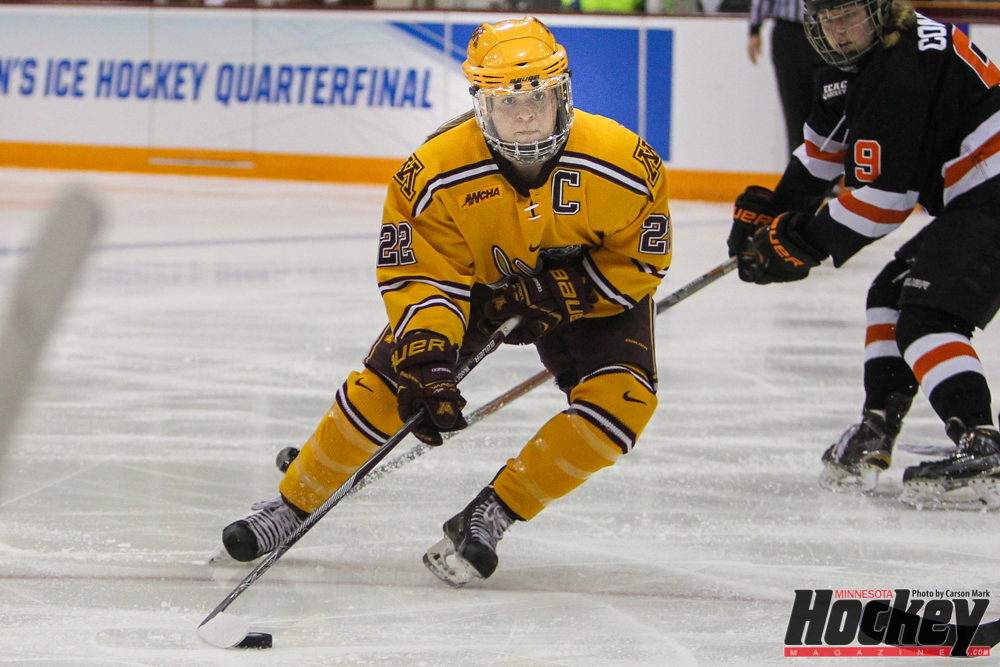 Brandt’s 25th goal at the 4:07 mark of the period tied the score, and Kessel drilled a short-handed breakaway to put her team in front 1:14 later, then tallied on a power play at the 17:35 mark for what proved to be the winning goal.

Teammate Nina Rogers sidled up to Kessel after the first period and said she might bring a hat to the bench for the second, just in case. Kessel laughed that off, but plenty of fans in the crowd obliged by tossing hats on the ice when Kessel’s third goal made it 6-1 late in the second period.

Frost downplayed whether or not his team will be an underdog in the semifinals at New Hampshire.

“The expectations are so high within our program,” he explained that fans say, “If you don’t get to the Frozen Four, what happened? What’s wrong? As a coach, you just hope and pray that you get your team as prepared as possible and they play well, like they did tonight.

“Now it’s candy as you go to the Frozen Four. You give yourself a shot, and that’s all you can ask for.”

This will be the fourth Frozen Four in four seasons for Brandt, who broke out of a slight slump with a goal and two assists. Along with a goal and an assist from Sarah Potomak and Kessel’s four points, Minnesota’s top line produced nine points.

Those three were “all over the score sheet,” Frost said, and it enabled Minnesota to be all over Princeton.