Kelly Pannek returns to the Gophers a humble world champion. 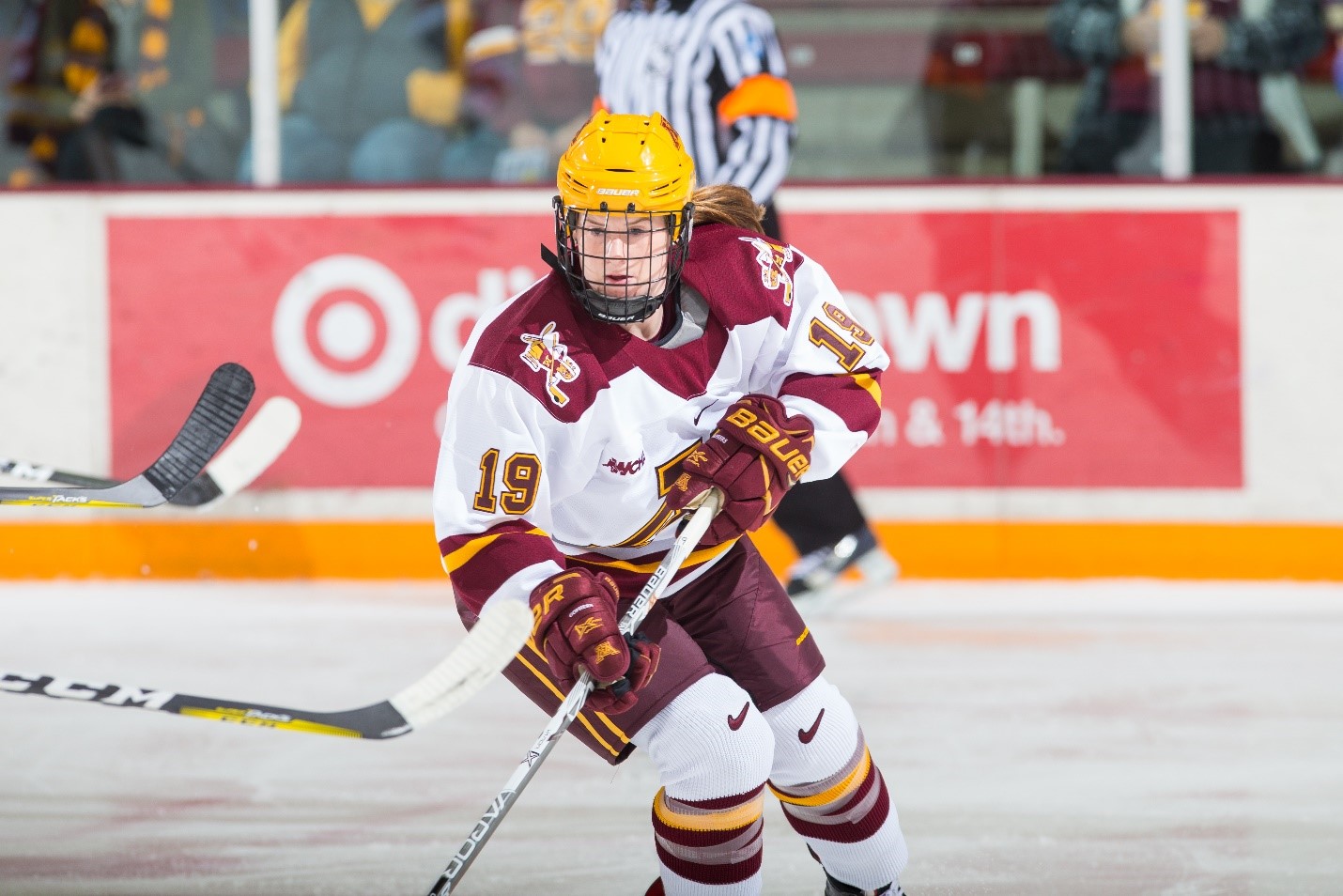 Kelly Pannek returns to the Gophers a humble world champion.

It’s difficult to encapsulate everything that happened to Kelly Pannek since the last time she put on the Gophers’ “M” for a game. It was March 17, 2017 in a 3-4 loss to the eventual national champion Clarkson Golden Knights. It capped off a season where she led the nation in points and was a top-10 Patty Kazmaier Award finalist. That was just 18 months ago.

Since that game, the Gopher captain received a somewhat unexpected invite to the Team USA senior camp, participated in a boycott that changed women’s hockey, won gold at the 2017 World Championships, made the Olympic roster, and won gold at the Olympics. 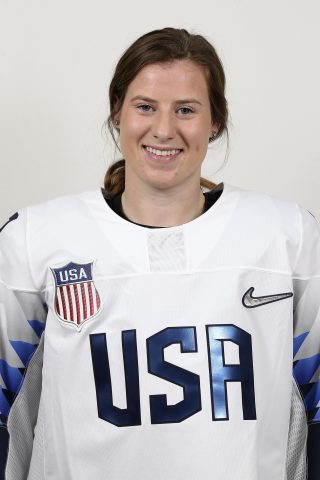 Looking at her skill set and her impressive on-ice vision, it seems almost inevitable she’d be carrying the accolades she has, but it wasn’t a given to Pannek. “I didn’t know where I stood [prior to Worlds],” she says standing in Ridder arena, not far from a mural of Gopher Olympians that has yet to add her face. “I’d made a few camps, and I’d been a part of the program itself for a while, but never felt like I was at that point where I’d be getting a chance to be on the team.”

Pannek had never received an invite to a U.S. Women’s Team senior camp. Then the call came. “After getting that call it was crazy. It was a whirlwind. I just tried to focus on surviving at that level, to be honest.” Though, she says, the speed with which she was thrust onto the national team helped her to not think ahead to the possibility of the Olympic roster. “I didn’t really think at all about what was going on afterward because I had no time to. I think I was a little naïve, and that was kind of a blessing.”

She made the U.S. roster for the 2017 Women’s World Championship, but she almost didn’t get the chance to prove she belonged on hockey’s biggest stage.

The U.S. Women’s National Team threatened to boycott Worlds, which were taking place in Michigan. The players protested the program’s compensation for women and an inequitable treatment of the girls’ and women’s programs compared to the boys’ and men’s programs. It was an unprecedented victory for the women’s program that resolved only days before the start of the tournament.

“It’s something the veterans really explained to us: This isn’t about us, this isn’t about our team,” she says. “I think it’s easy to have those doubts, like ‘Will I have another chance after this?’ But one thing we always talk about with Team USA is that you’re part of something bigger than yourselves. That was a moment where that was the most accurate it could be.”

Worlds was a jarring transition from college hockey. “Before my first shift, my family was in the stands, and they saw the first shift. They were like, ‘Can she do this? Is she going to be fast enough?’” she recalls. She didn’t register any points as the U.S. ran through the tournament with five straight wins to grab gold. But she played well. It was enough to get an invite to centralization and, eventually, the U.S. Olympic roster and a gold medal in Pyeongchang. 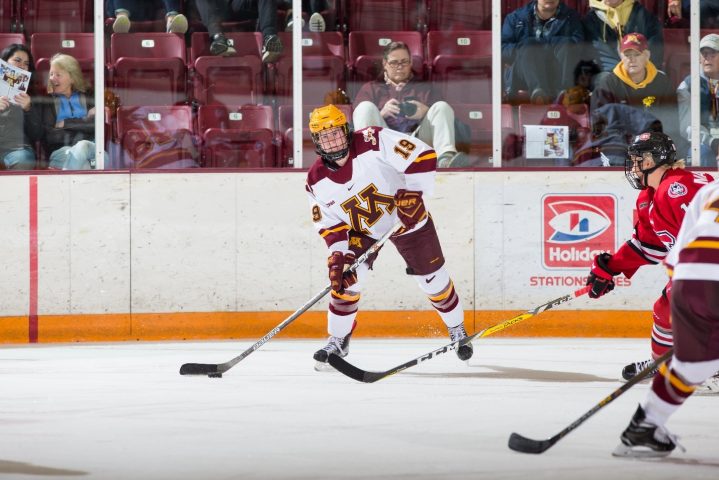 Though, throughout that process, the Gophers weren’t far from her thoughts. “I tried to watch as many [games] as I could,” she says with a smile. “I lived with [Duluth goaltender] Maddie Rooney last year so we watched the games against Duluth. I made sure to keep in touch and ask how things were going, just to be a sounding board for some of the players last year, but also just to watch and be a big fan.”

Coming back to the University of Minnesota hasn’t been a difficult transition despite a wild year away. “I prefer it,” she says. “I was excited for my first day of school. It’s been exciting to be back with the team on a daily basis. It’s a different feel being in the college environment. It’s really fun.”

Her return after a year of growth sets up the Gophers to again be a powerhouse in the WCHA. She returns with Sarah and Amy Potomak, who weren’t on Canada’s Olympic roster, but participated in Team Canada’s centralization and didn’t play last year. Add returning talent and young standouts like Grace Zumwinkle and Taylor Heise, and the Gophers have a good shot at making Pannek’s run of success continue well into 2019.