The ‘U’ Lagging in Bragging 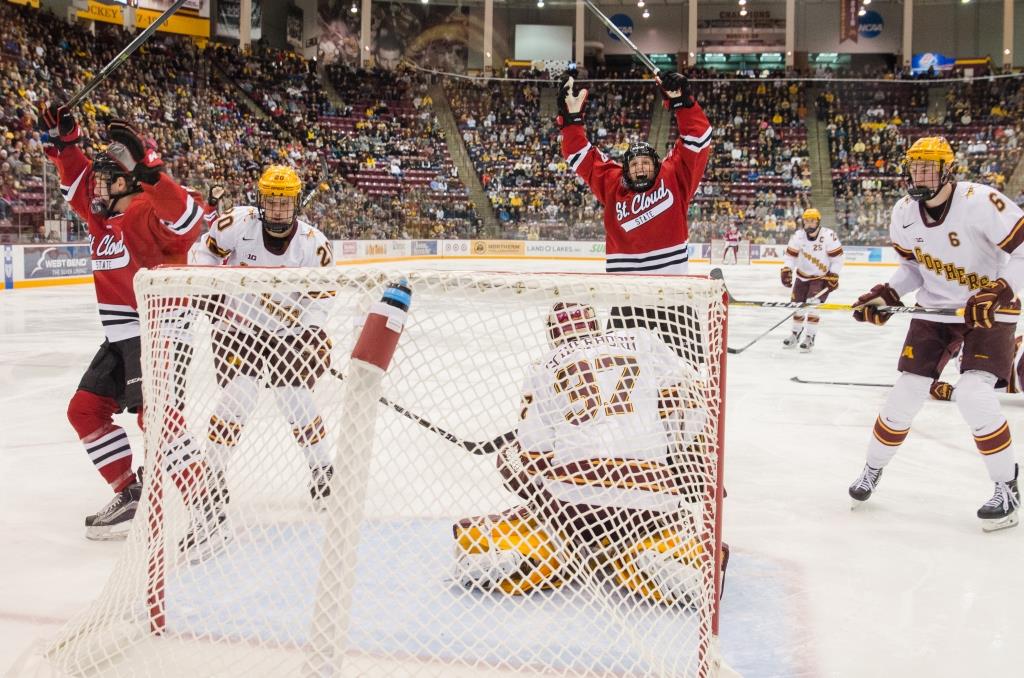 Rivalry games raise excitement, expectations, and when it comes to Minnesota college hockey, bragging rights for best program in the state of hockey. The University of Minnesota is riding a streak of five regular season conference titles, but after getting swept by St. Cloud State in October, the Gophers also are riding a streak of losses to in-state schools.

The Gophers led both nights against the Huskies during the latest rivalry series, but St. Cloud State rallied for a series sweep, handing Minnesota their 14th loss in their last 15 games against in-state rivals. The only Gopher victory in that span was a 4-0 win over Minnesota State on Nov. 13, 2015.

“I want to believe it has nothing to do with the in-state games or anything, we can’t finish,” Leon Bristedt said. “It’s all about executing; it’s all about finishing and winning games. Unfortunately, we haven’t found a way of really doing that with in-state rivalries, but we can only look forward to new games coming up. We can look back and learn, but what’s happened, it’s in the past.”

The past is hard to ignore with this group.

“It’s not like we take these games easier, or lighter than other games, we have these marked on our calendar as I assume they do too,” Justin Kloos said after North Star Cup last year. “But for some reason we’ve just came up short of the last almost year and a half now.” 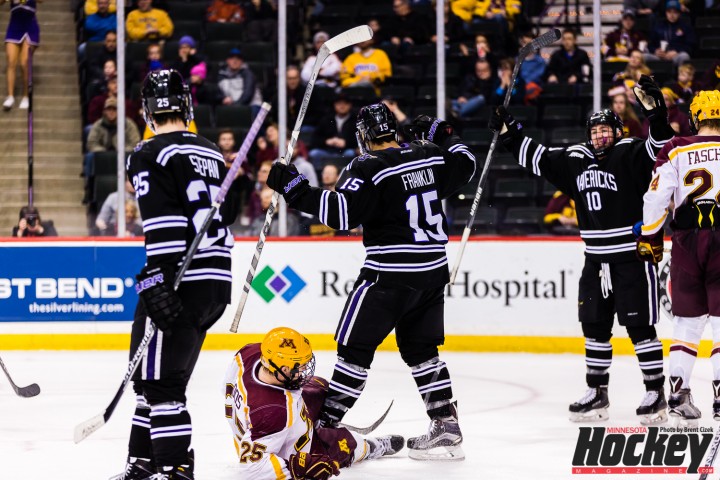 The recipe for disappointment in many of the in-state games has been turnovers and poor special teams. In-state schools have outshot the Gophers 507-425 in this stretch and only twice did Minnesota have a shots-on-goal advantage. The power play scored on 10 of 50 chances during this stretch, but their penalty kill allowed 23 goals on 68 opportunities—killing penalties at just 64 percent.

Steve Johnson admitted that the recent record against in-state team is in their heads.

“Minnesota should be the best, it’s unacceptable. We’ve got to learn to play our game, get pucks deep, go to work, and play the game the right way” Johnson said.

“That’s obviously been a focus, and we talked to guys that we just have to change the way we practice,” Lucia said. “We have to be better along the walls, we have to be better below the circles on each end of the rink. We’re not getting enough in-zone offensive time for possession.”

The emphasis was more five-on-five drills and small area drills in practice to change the mindset so players realize if they lose the puck, they’ve got to work to get it back.

“The practices here have been way harder, not as much skating, but way more battling. Some guys have been almost on the edge of fighting, and I think that’s how practices should be,” Bristedt said. “Looking back at practice before we’ve done a lot of rushes and things, and you can see that’s where we score our goals off the rush and on the power play, but I think working down low and battling more is the recipe for winning more games.”

Minnesota will get a chance against Minnesota State Nov. 18 and 19 for a home and home series, and then against Minnesota Duluth and either Bemidji State or St. Cloud State in the North Star College Cup Jan. 27 and 28 for a chance to redeem themselves.

“I don’t feel any different when it comes to pressure. I notice the attention, I notice like, ‘Hey that this is a bigger game’ but as a player this is something you love and you want to be out there in these kind of games,” Bristedt said.

“I think we’ve been passive a couple times and that’s where we get caught. If we can stay on the hunt, if we can act instead of react, I think that’s where we’re going to have success.”