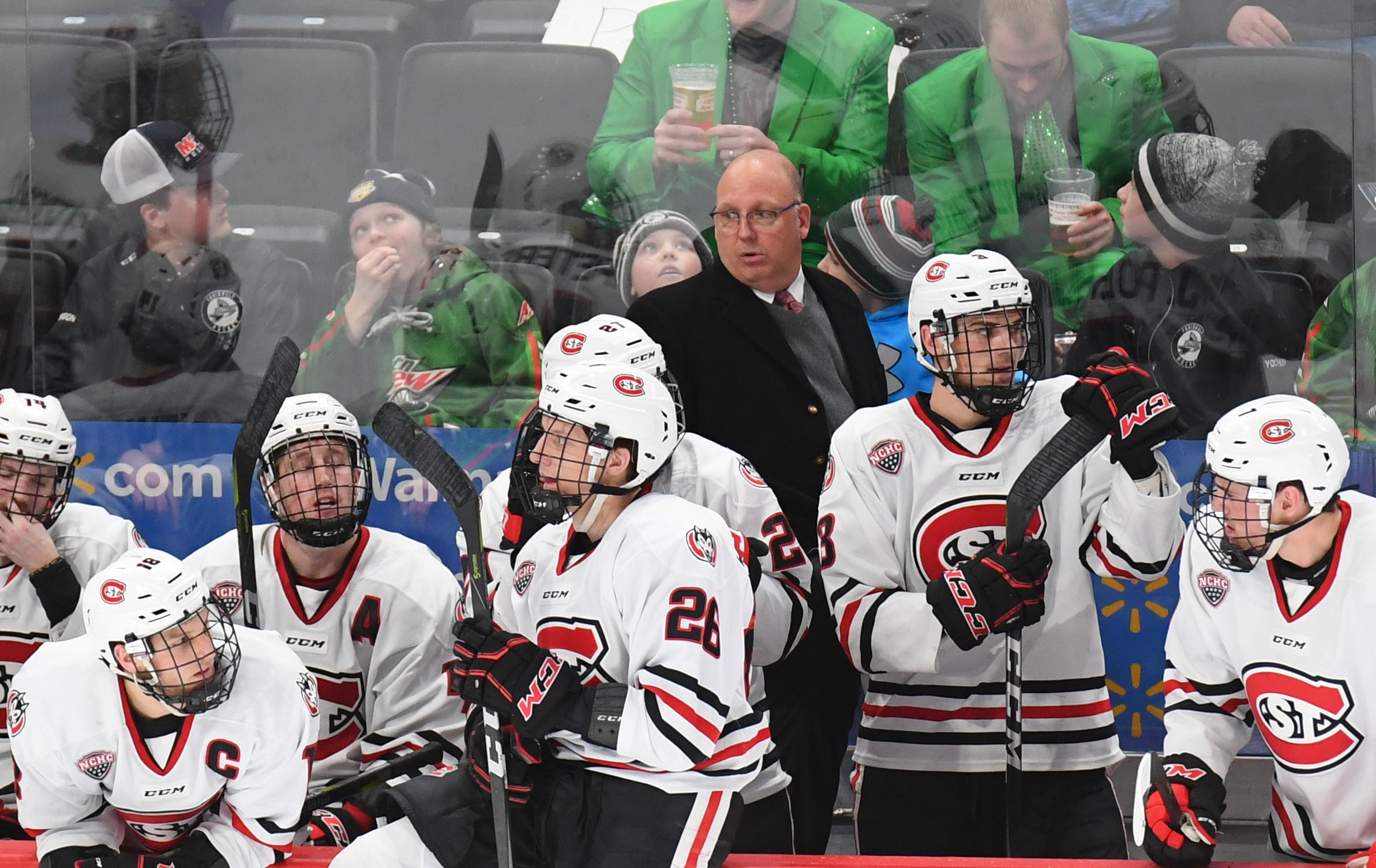 The University of Minnesota announced on Tuesday, March 27, that Bob Motzko will be the next head coach of the Gopher men’s hockey team. Motzko, who was an assistant with the U of M from 2001-05, has been bench boss for the St. Cloud State Huskies for the past 13 years.

Motzko replaces Don Lucia, who stepped down after 19 years where he led the Gophers to back-to-back national championships in 2002 and 2003. During his 13 seasons at St. Cloud State, Motzko compiled a career record of 276-192-49, and led the Huskies to NCAA Tournament berths in eight of the past eleven seasons.

The Huskies season ended earlier than expected last week at the NCAA Tournament when they were upset by the Air Force Falcons. St. Cloud was the top seed in this year’s tournament field and it was the second time in three years the Huskies went one-and-done in NCAA tournament play.

In 2013, Motzko guided St. Cloud State to its first Frozen Four appearance. That Huskies squad was led by Hobey Baker winner Drew LeBlanc. He twice led the U.S. National Junior team at the IIHF World Junior Championship, which included a gold medal in 2017.

“I am excited and honored for the opportunity to lead Golden Gopher Hockey,” according to a University of Minnesota press release. “The rich history and tradition of this program is honored by so many in our state and around the country. We will work tirelessly to make those people proud.”

The Gophers missed the NCAA tournament for the second time in three years this season. Motzko will be tasked with getting the program back to tournament; while competing in a rugged Big Ten conference, which features three teams in this year’s Frozen Four, which will be held at the Xcel Energy Center in St. Paul.