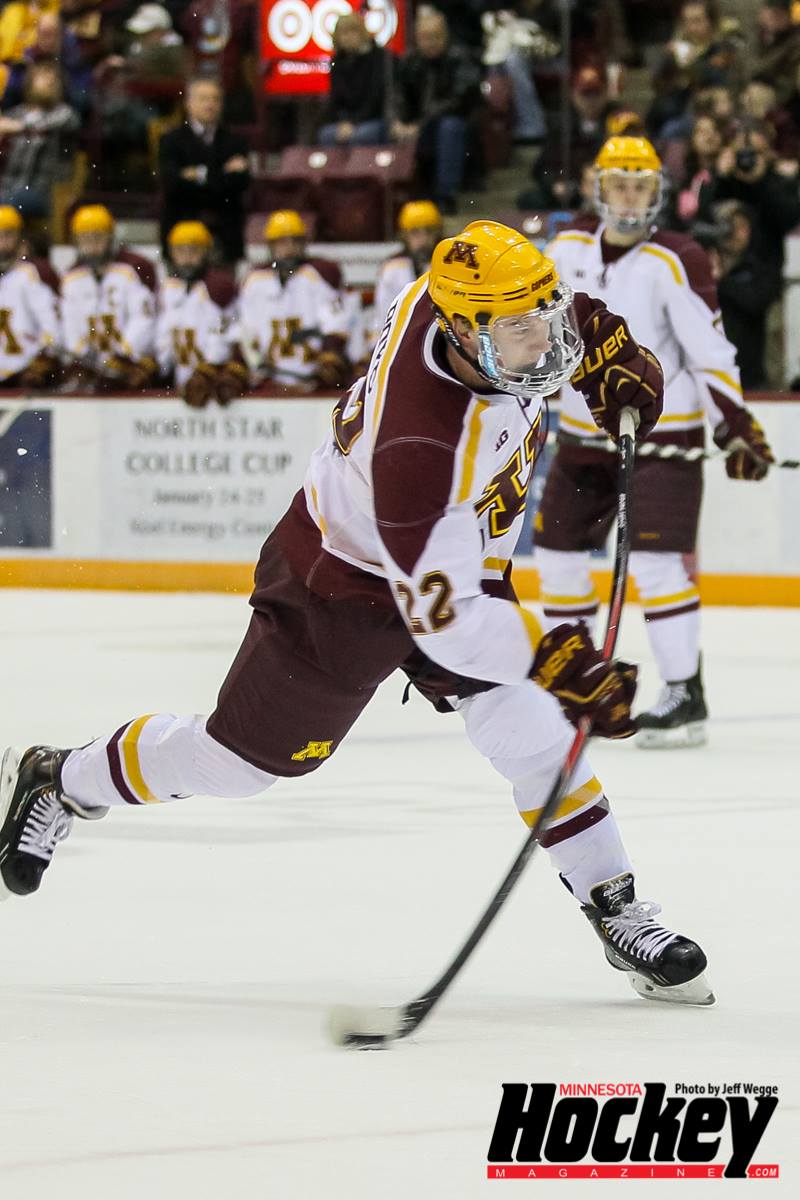 Gopher junior forward Travis Boyd (Hopkins) was named the league’s No. 1 star of the week after leading all Big Ten players with a four-point weekend (two goals, two assists) in Minnesota’s win and tie at the Mariucci Classic. It’s the first Big Ten weekly award for Boyd who Tallied a career-high three points (one goal, two assists) in Saturday’s 6-2 victory over RPI and was named to the Mariucci Classic All-Tournament Team.

With two goals and an assist in the Mariucci Classic, Minnesota junior captain Kyle Rau was honored as the week’s No. 2 star. Rau’s assist on Boyd’s game-tying goal on Friday was the 100th career point for the former Eden Prairie star to become just the third active Big Ten player to reach that milestone. Rau followed that up by scoring twice against RPI and earn his second career Big Ten weekly award after being named Third Star on Oct. 15, 2013.

Wisconsin junior defenseman Jake McCabe received the week’s No. 3 star for his three-point effort (2-1—3) in the Badgers’ split with Alaska-Anchorage in Madison.