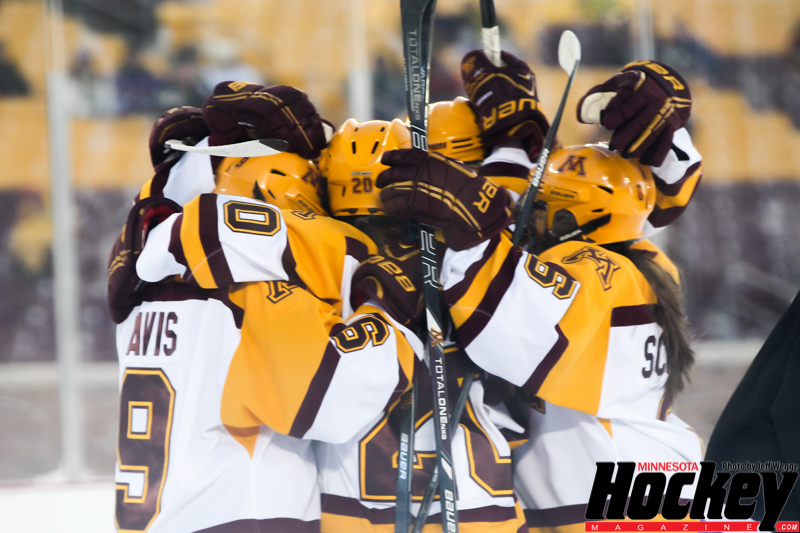 U.S. College Hockey Online released its first Division I women’s poll this afternoon and, after a six month absence, the University of Minnesota reclaimed its perch atop the rankings to begin the 2014-15 season. The Minnesota-Duluth Bulldogs also made the season-opening poll, coming in tied with Quinnipiac at No. 10.

The Gophers received 12 of a possible 15 first-place votes with No. 4 Harvard, No. 6 Boston University and defending NCAA champion Clarkson receiving the others. The Golden Knights, who defeated Minnesota 5-4 in the NCAA title game on March 23, begin the season as the seventh-ranked team in the nation.

UMD opens the season Sept. 26-27 on the road for a non-conference series at Connecticut while Minnesota kicks off 2014-15 hosting Penn State and Boston University on consecutive nights Oct. 3-4 at Ridder Arena.