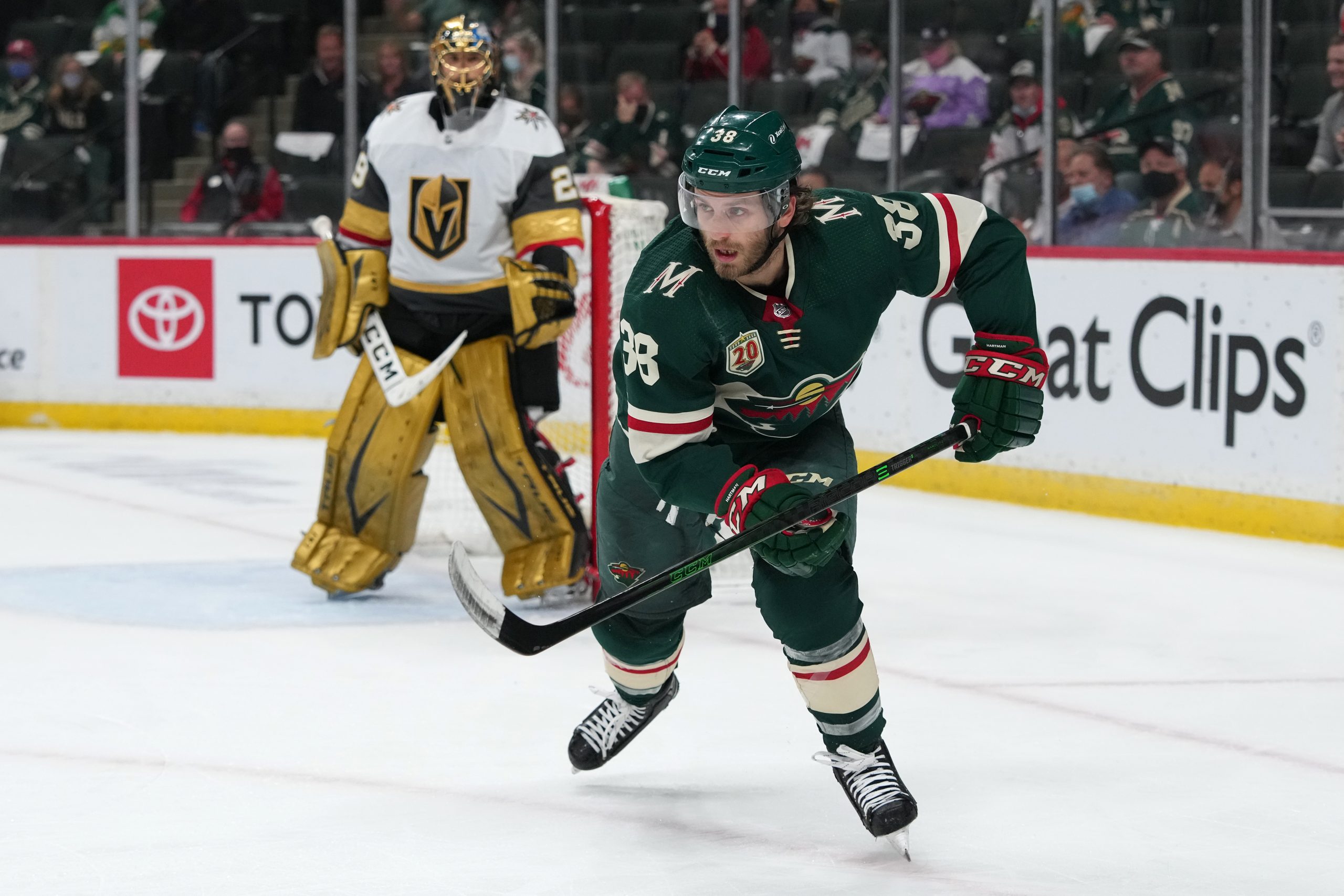 Paul Fenton’s tenure as the Wild’s general manager proved to be so tumultuous that he was fired after only 14 months on the job. While Fenton didn’t make any friends during that time, he did play a significant role in reshaping the team’s roster before it was handed off to Bill Guerin. One of Fenton’s savviest decisions came as NHL free agency opened on July 1, 2019, less than a month before he was removed from the GM position.

Fenton’s splash move that day was signing veteran winger Mats Zuccarello to a five-year, $30 million contract that had a full-no move clause for the first three seasons. The decision raised eyebrows from many who felt Fenton had bid against himself to sign a player who was set to turn 32 before training camp opened. Fenton made another signing that day that drew far less attention and zero scrutiny by giving a two-year, $1.9 million contract to forward Ryan Hartman.

Today, both moves look very good, but it’s the Hartman signing that is the best story. The fact Zuccarello is on the Wild’s top line with star winger Kirill Kaprizov isn’t surprising. The fact Hartman is centering them could not have been forecast by anyone. But that’s exactly where Hartman has landed, going from first-round disappointment and potential journeyman to a player who, for now, has solved the Wild’s issue of not having a top-line center on whom they can rely.

The 27-year-old Hartman had two goals in the Wild’s 5-1 victory last Friday in Chicago to give him a career-high 32 points in only 36 games. He entered Monday night’s game against Montreal one off his career high of 19 goals and was second in the NHL in plus-minus at plus-31. That production is a big reason the Wild are in excellent shape in the Central Division standings and could be a tough out in the playoffs.

Not bad for a guy who went from being a first-round pick (30th overall) of his hometown Blackhawks in 2013 to a player who found himself bouncing from Nashville to Philadelphia to Dallas in trades before signing with the Wild. 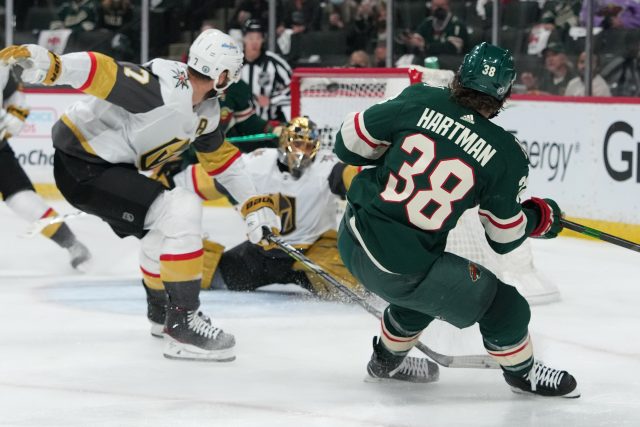 Fenton didn’t pursue Hartman thinking he would be getting a top-line center, but instead felt he was signing a player who would provide grit on the wing, could kill penalties and might occasionally score a goal. Hartman established career highs in goals and points (31) during his rookie season in 76 games with Chicago in 2016-17. He had eight goals and 17 assists in 57 games the following season when he was dealt to Nashville.

“He just brings the grizzle that I like,” Fenton told The Athletic after signing Hartman. “I would like our team to play with a little more hardness and passion and excitement and I think he’ll not only do it himself, but he’ll bring people along with him.”

Hartman had nine goals and 11 assists in 69 games in his first season with the Wild, and added seven goals and 15 assists in 51 games in the pandemic-shortened 2020-21 season. He also scored two goals but was a minus-5 in the Wild’s seven-game loss to Vegas in the opening round of the playoffs.

Guerin liked what he saw from Hartman and signed him to a three-year, $5.1 million contract extension last April. Considered a team-friendly deal at the time, it now looks like a steal for the Wild.

Hartman’s style of play is exactly what Fenton, and then Guerin, wanted as they both realized the previous version of the Wild was far too soft and looked for excuses more than answers. Hartman’s willingness to mix it up was welcome from Day 1, but the fact that he is now playing like a guy who deserved to be taken in the first round is a huge bonus. Especially at the low cost he’s commanding for a team that is about to enter salary cap hell for the coming three seasons.

The Flyers, meanwhile, made a major mistake by sending Hartman to Dallas in June 2019 because they were concerned that the restricted free agent might get more than $2 million if his case had gone before an arbitrator.

Philadelphia’s blunder — made by former Wild GM Chuck Fletcher — was both the Wild’s and Hartman’s good fortune. As was the fact that Dallas didn’t extend Hartman a qualifying offer and allowed him to hit the market. Hartman’s ascension to the Wild’s top line is a testament to his hard work, the fact that 2020-first round pick Marco Rossi isn’t yet ready for the NHL and that Joel Eriksson Ek is more at home on a line with Marcus Foligno and Jordan Greenway than he is with Zuccarello and Kaprivoz.

Playing with those two allows the speedy Hartman a chance to use skills that he likely didn’t get an opportunity to show during his time in Chicago, Nashville or Philadelphia. He is thriving in the goal-scoring department because Kaprizov and Zuccarello are both tremendous playmakers, and Zuccarello would often rather pass than shoot.

That was on display Friday in Chicago as Kaprizov and Zuccarello got the assists on both of Hartman’s goals. “The first goal was a great pass by Kirill,” Hartman said. “The second one (Zuccarello) … I was behind him, and he’s got eyes in the back of his head, and he knew I was coming. He sells the shot. Some great passers obviously. (Zuccarello’s) been doing it forever and Kirill’s been doing it, I mean, his whole life, but at this level for not long. But it’s pretty evident how good his passing skills are.”

Hartman still has to have the ability to bury his chances and he’s been doing it consistently this season. The fact he’s doing it playing on a contract that carries a paltry $1.7 million salary-cap hit makes it even sweeter if you’re Guerin and means that Fenton did a few things right.