Graovac headed in the right direction 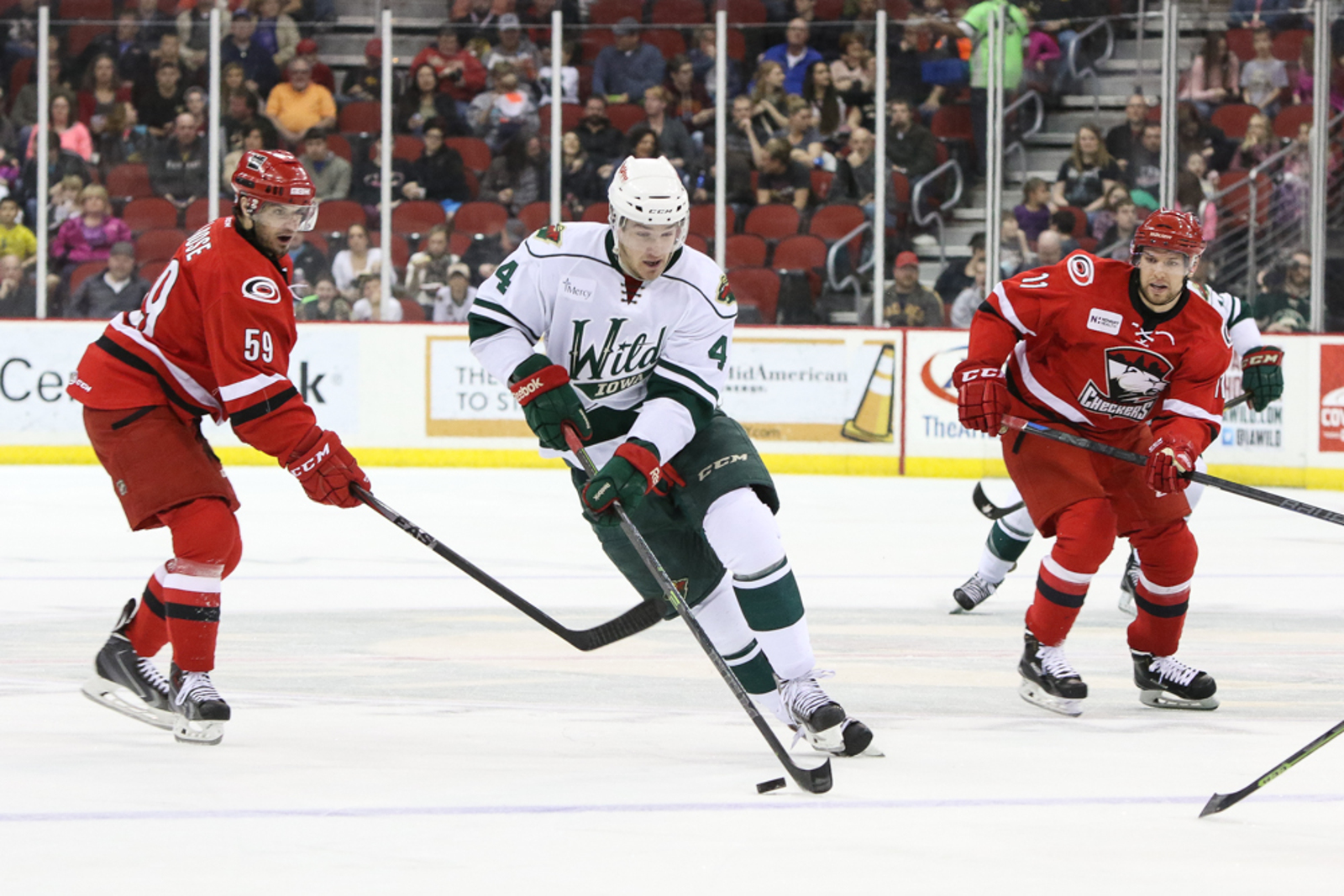 DES MOINES, IOWA — What does it take for a second-year player like Iowa Wild forward Tyler Graovac to break out of the American Hockey League and in the National Hockey League?

Consistency, according to Wild coach John Torchetti, is the number one thing that Graovac needs to work on while he is in the AHL.

Torchetti stressed the importance of Graovac needing to be ready to go in case they need him in Minnesota, where they are in the thick of a playoff race, trying to hold on to a Wild Card spot in the Western Conference.

Graovac said that improving consistency is also the number one thing that Minnesota wanted from him coming into this season.

In his second year in the AHL, Graovac came in with a different mindset and has improved his offensive numbers. During the 2013-14 season, his rookie year after playing five seasons in the Ontario Hockey League, he notched 25 points (12 goals, 13 assists) in 64 games, but this season he is already up to 41 points (20 goals, 21 assists) in just 60 games.

Graovac said that a part of the new mindset is wanting to be a bigger difference maker in year two than in year one with Iowa.

“Last year I was kind of more of a rookie and in my first year in the league and just trying to be a sponge and now this year I’m just doing what I can, taking it and running with it.”

Graovac said he’s getting more opportunities this year, playing on the first and second lines. Last year he played a lot with the fourth line to begin the season and had to wait his turn for a chance with one of the top two units.

Recently Graovac has been skating on the top line with rookies Zack Mitchell and Michael Keranen. Graovac and Keranen are the top two scorers on the team as Keranen has 34 points (9 goals, 25 assists) while Mitchell is second on the team in goals with 15 so far this season.

Getting the opportunity to play on the top unit for Iowa this year has helped Graovac gain confidence and he said it’s been a big difference this year.

“When a coach throws you on the ice for the last minute of a game, first line power play, to take that faceoff or PK, that just gives you a whole lot of confidence knowing that he has confidence in you,” Graovac said. “That’s the biggest difference for me … I definitely get confident when you’re the first-line center on the board. That brings a lot of confidence for anybody.”

In the summer leading up to this season, Graovac said that his goal was to get a chance to get called up to the NHL and play with the Minnesota Wild. He has accomplished that goal near the end of 2014, playing three games for Minnesota between Dec. 29, 2014 and Jan. 2, 2015.

He didn’t tally any points for Minnesota in short stint with the parent club, but had 27:40 of playing time and had one shot on goal against Winnepeg on Dec. 29 and three shots on goal against Columbus on Dec. 31, both games away from St. Paul.

He said that he “didn’t expect it to be what it was” when playing in the NHL for the first time and that it was hard to adjust when he made the move back to Iowa.

“Up there it’s a lot more positional play and guys have great sticks and are strong on the puck,” said Graovac. “Down here it’s a little more running around and more ice is available up there.

“It was a great moment for me when I went up there. I had so much fun and I’m hoping to be up there soon.”

Iowa has 12 games left in the regular season and Minnesota has 10 games left. Iowa is in last place in the AHL while Minnesota currently holds the top Wild Card spot and has a five-point cushion in the playoff race.