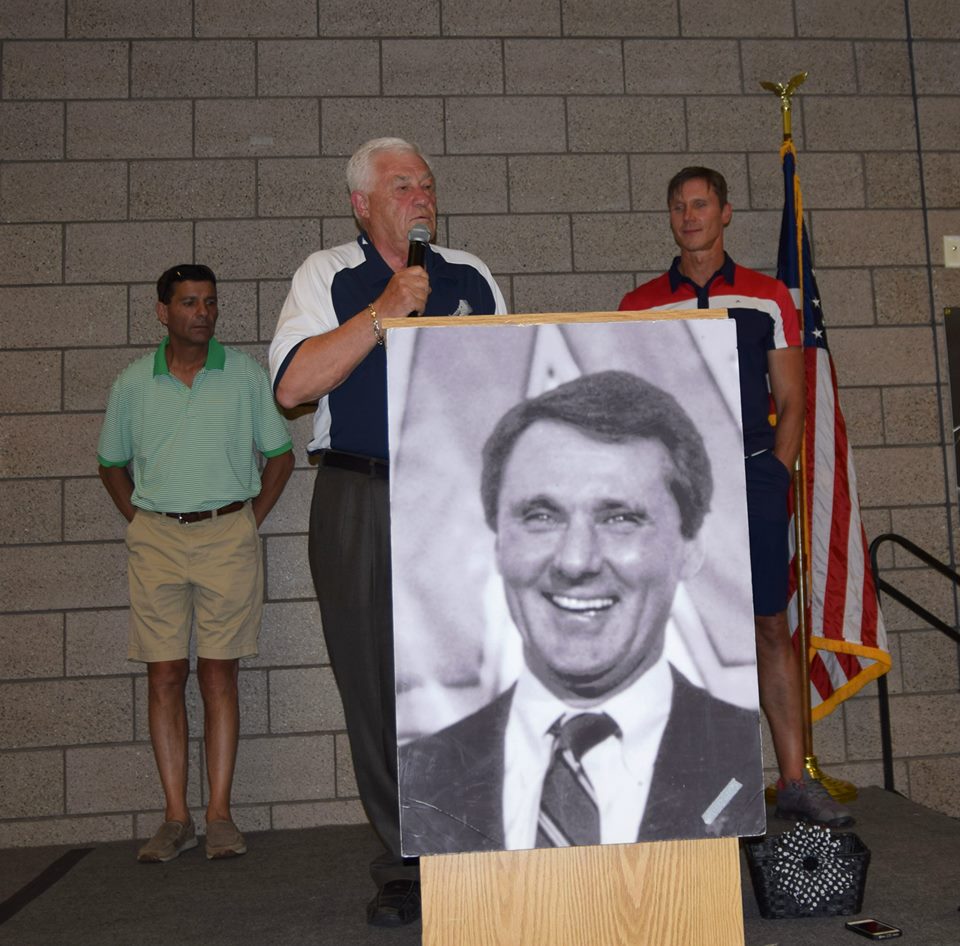 Blaine, Minn. (June 14, 2014) – The Herb Brooks Foundation’s annual Golf Classic was held at the Victory Links Golf Course on the campus of the National Sports Center in Blaine, June 13. Proceeds raised by the tournament will support the Foundation’s mission to grow the game of hockey. A total of 135 golfers participated in this year’s event.

Micheletti also served as the co-MC of the banquet program along with Herb Brooks’ son Dan Brooks.

The 2014 honoree was Chuck Grillo. For 50 years, the Hibbing, Minn. native has put his stamp on all levels of hockey, from youth up through the National Hockey League. The Hibbing High School and University of Minnesota-Duluth graduate was a pioneering Minnesota high school coach, in both hockey and baseball. At Bemidji High School, he took his hockey team to the state tournament four times and the baseball team to state seven times, including one state title. Following his stint up north, he moved to the Twin Cities, where he built the Rosemount High School hockey program from 1976-1980.

Grillo went on to be an NHL scout with the Rangers, North Stars, Penguins and eventually rose to become the general manager of the San Jose Sharks from 1992-1996.

In Minnesota however, Grillo is best known for his influence on youth hockey. As the creator and still owner-operator of the Minnesota Hockey Camps, a summer youth hockey camp based in Nisswa, Minn., Grillo has tutored young players in hockey skills, life lessons and the value of being a good teammate. From its creation in 1976 through the present, over 35,000 kids have come through the Minnesota Hockey Camps program.

“I owe my life in hockey to 16, 17 and 18 year old kids,” said Grillo, during his acceptance speech at the Herb Brooks Foundation banquet Friday evening.