Guerin Goes For It 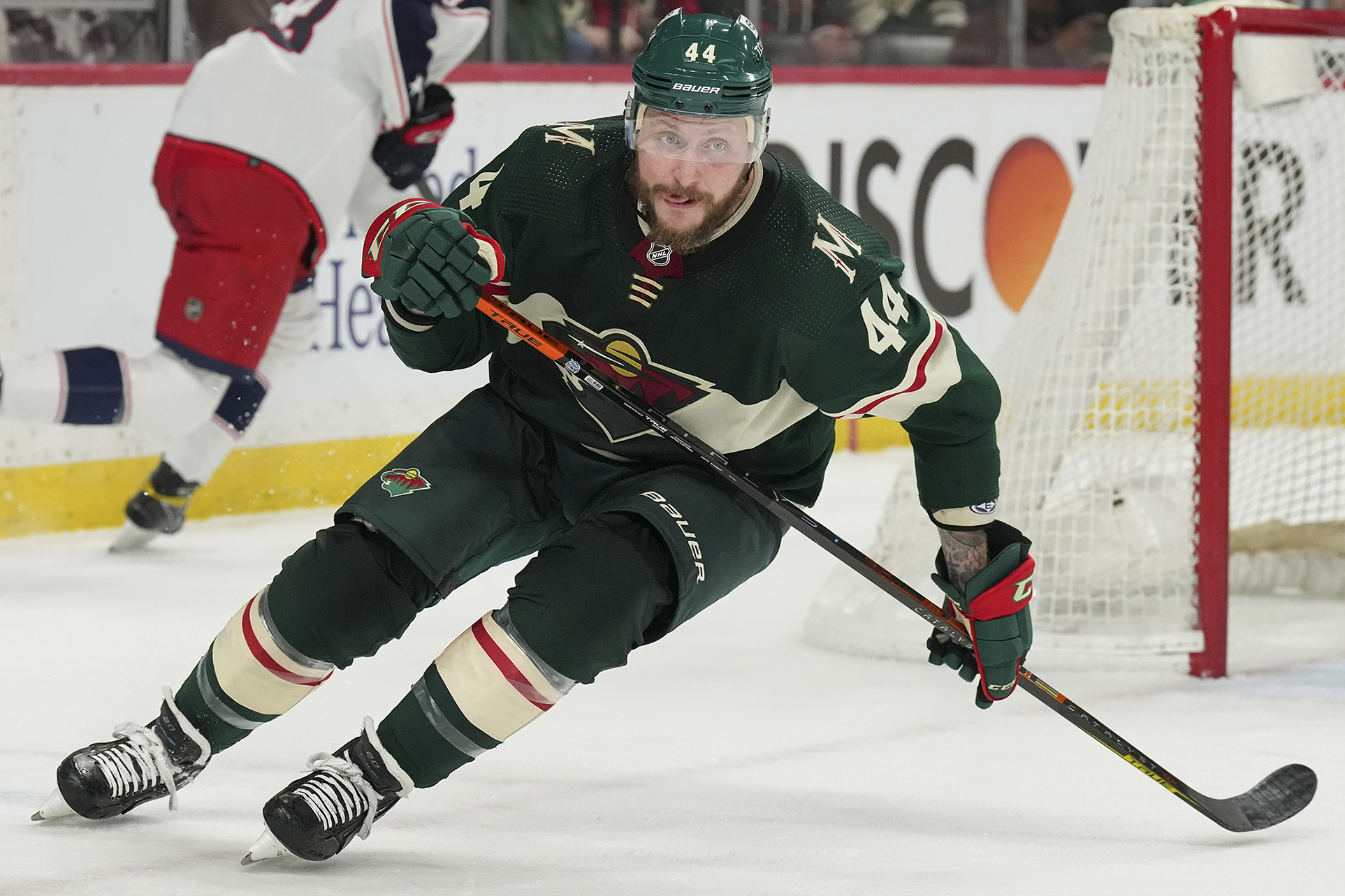 One of the best trades in Minnesota Wild franchise history came in January 2015 when then-general manager Chuck Fletcher brought in goaltender Devan Dubnyk. He turned into the sparkplug for that 2014-15 Wild team, backstopping them to a season with 100 points as a team and making it through to the second round of the playoffs. The move was season-saving for the Wild and career-saving for Dubnyk. 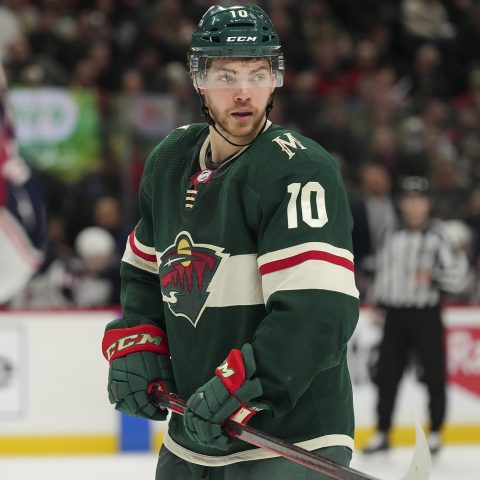 When it comes to trade success for the Wild, the 2022 trade deadline has entered the chat.

The Wild were one of the top and hottest teams in the NHL headed into the All-Star Break this year. Despite a stretch where the Wild lost six-of-seven games in late February, Wild general manager Bill Guerin showed the faith he has in this team and its ability to win by being very active at the deadline, gaining four players to help the team’s playoff push and potential playoff run.

“This is my first time at a trade deadline where we’re going for it, in a sense,” said Wild alternate captain Marcus Foligno. “You usually stay pat, if it’s a good team. Or you’re trading away some guys.”

Indeed, this year’s Wild squad has felt different in many ways this year. That definitely includes the position they were in at the deadline. No need to trade away fan favorites, like a Jason Zucker of the past. This time, the Wild picked up young forward Tyson Jost from Colorado in exchange for Nico Sturm, then got veteran, physical forward Nicolas Deslauriers from Anaheim for a third-round draft pick. On the blue line, they picked up Jake Middleton from San Jose, dealing away goaltender Kaapo Kahkonen.

“I think the biggest thing with all these guys is they’re character people,” Foligno said. “And they really care about a team mentality.”

Down a goaltender, the splashiest move was the Wild landing reigning Vezina Trophy winner and 3-time Stanley Cup Champion Marc-Andre Fleury. The 37-year-old goalie came most recently from Chicago, has a victory against every NHL team and entered Minnesota with a career 511-297-85 record, 2.57 GAA, .913 save percentage and 71 shutouts in 928 career games. He won his first Wild start in overtime against Columbus on March 26.

“It’s pretty crazy to think of the career he’s put on,” said Wild captain Jared Spurgeon. “And he’s still playing at such a high level.” 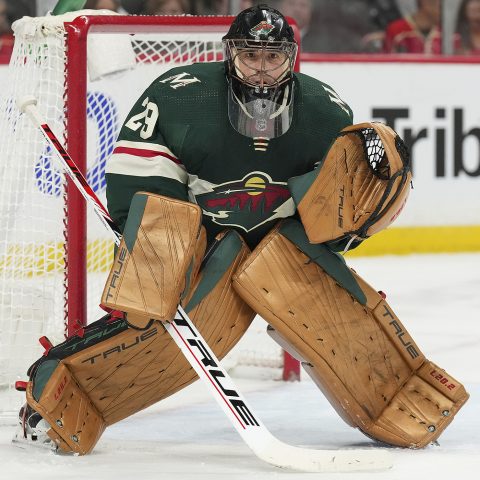 So is Cam Talbot, as it turns out. The top netminder went 0-4 allowing 17 goals over that stretch during the Wild’s skid in late February. It created some angst among Wild fans about the goaltending situation. But after Fleury was acquired, Talbot shut out Vegas, then made 42 saves in an overtime win against Colorado on Sunday for his seventh-consecutive victory.

Having a combination of Talbot and Fleury in the nets is a tandem every team would want, Spurgeon said.

“Just getting to know Flower the last couple days, the energy that he brings to the rink and just how much fun he has with it in practice, it’s contagious,” Spurgeon said. “And that’s awesome to have in the room.”

Foligno agreed that Fleury is the most energetic of the new deadline acquisitions. Fleury also knows what it takes to win the in the playoffs, as evidenced by his Stanley Cup runs with multiple teams. Contrast that to a guy like Deslauriers, a player who understands his role on the team wants to win and wants to play in his very first playoff game. Nine years in the NHL, it’s something Deslauriers hasn’t accomplished yet with Buffalo, Montreal or Anaheim.

Foligno and Deslauriers played for a few seasons together, at times on the same line, with the Buffalo Sabres. Deslauriers is the type of player who worked to earn his roster spot and eventually developed into a tough guy, according to Foligno. They’ve kept in touch over the years and supported each other in their careers, Foligno said. Their game styles are similar, with some offense mixed into their physical play. Deslauriers joked “what skill set?” when he arrived in Minnesota, then promptly scored a goal against Vegas in his first game in a Wild sweater, adding a jubilant celly on the ice to find his place as already a fan favorite.

Foligno knows bringing in Deslauriers will be a huge plus for a Wild team playing with more energy and physicality lately.

Stepping into the Wild locker room, it helps to have a familiar face like Foligno that Deslauriers can rely on. But besides that, the trade transition from what Deslauriers called a young team in Anaheim to a mature team in Minnesota has been very welcoming. That goes all the way from the players to the coaching staff, training staff and equipment managers, he said. Deslauriers felt like a member of the Wild team from day one, which isn’t something to take for granted. 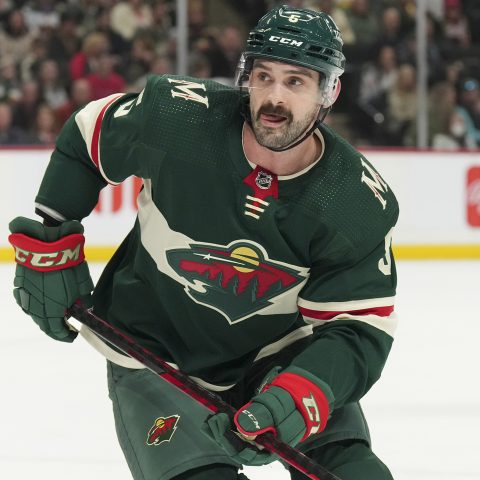 “Just open arms,” Deslauriers said. “It was something special. Made my life so much easier.

“I can tell you it doesn’t happen everywhere. I played on a few teams. Yes, there’s some situations that it’s sort of easy, but this one was by far the easiest. … It was the easiest transition I’ve ever had in my career, for sure.”

Wild leaders like Foligno take pride in hearing that, though the winger added it all started at the top with ownership and especially Guerin, who’s really identified “what this room’s going to be like,” Foligno said. It’s a team mentality, which starts with Foligno, Spurgeon and alternate captain, Matt Dumba.

“We’ve created a culture here,” Foligno said. “It’s a welcoming culture. It’s one that we have a certain way of doing things. It’s doing the right things all the time, being professional, working hard. And if you don’t do that you’ll stick out like a sore thumb. We want everyone just to get along and be inclusive and have fun.”

There’s nothing better than seeing the entire team of players jelling together and having fun. Seeing players like Deslauriers come in at the deadline to see firsthand what a great locker room environment the Wild has only goes to show Foligno that they’re doing something right, Foligno said