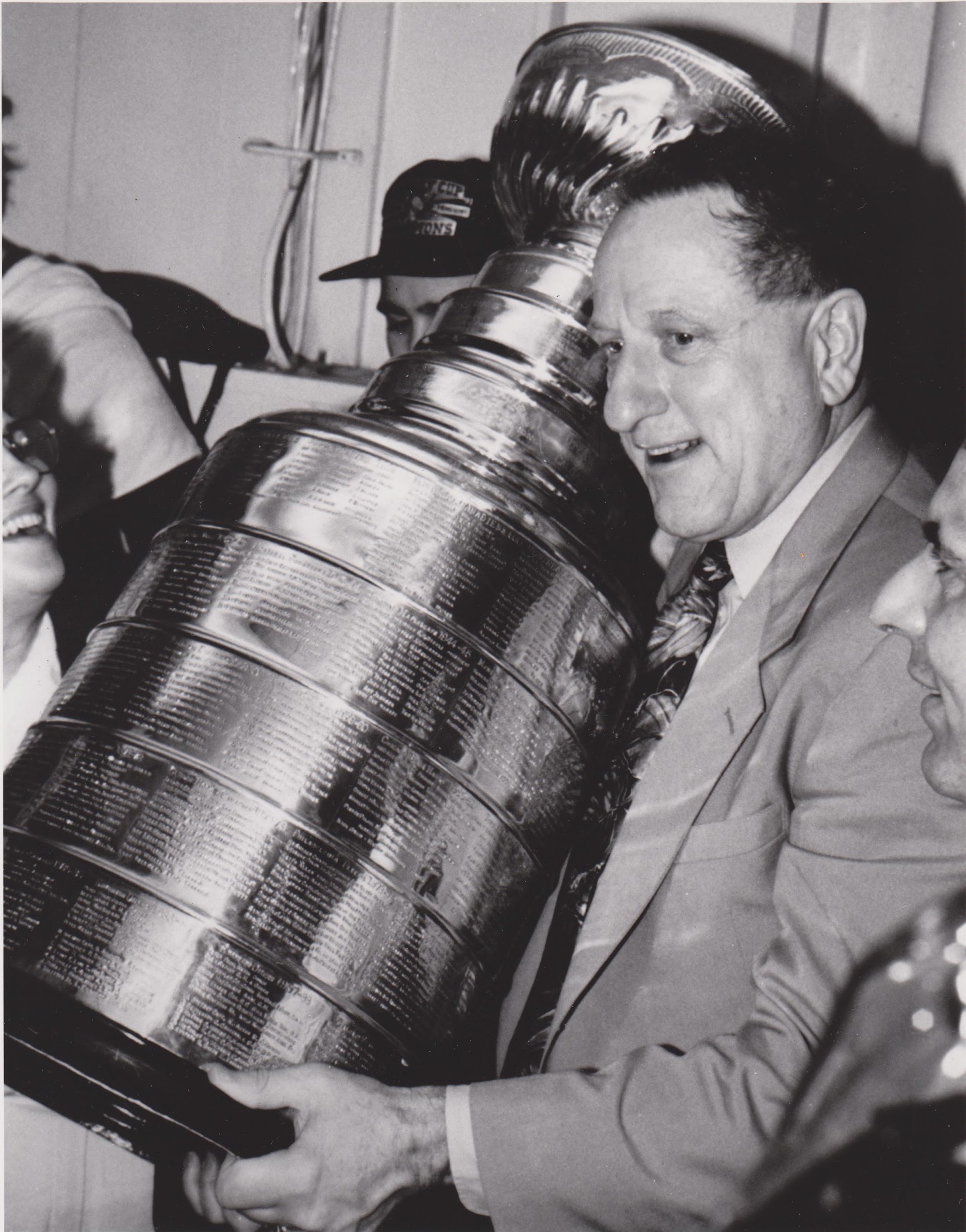 Minneapolis native Bob Johnson, a graduate of Minneapolis Central High School, went on to play left wing for the Gopher Hockey team from 1954-55 under legendary Coach John Mariucci.  Following a couple of high school coaching stints at both, Warroad, MN and Minneapolis Roosevelt, where he won four City Conference championships in six years, he took over the reins at Colorado College in 1963.

After several years at C.C., he moved to the University of Wisconsin, where, in a period of 11 years, he led the Badgers to seven NCAA tournaments, winning three championships and one second-place finish.  It was there where the 1977 NCAA Coach of the Year recipient was given the nick-name, “Badger Bob.”

Beginning in 1982, Johnson coached the NHL’s Calgary Flames for five seasons.  IN 1990, he took over as coach of the Pittsburgh Penguins, where in his first season, he led the team, which was led by superstar Mario Lemieux, to Stanley Cup victory over his hometown Minnesota North Stars, four games to two.

A tireless promoter of American hockey, Johnson also served as Executive Director of USA Hockey for a three-year period in the 1980s.  Then in November of 1991, Johnson tragically died of brain cancer at the age of 60. Johnson’s memory lives on forever, however, from his famous phrase which epitomized his love for the game: “It’s a great day for hockey.”

Badger Bob was one of the greatest hockey coaches ever to hail from Minnesota.  He was later inducted into the Hockey Hall of Fame, in Toronto, in 1992.