Hats Off to El Niño 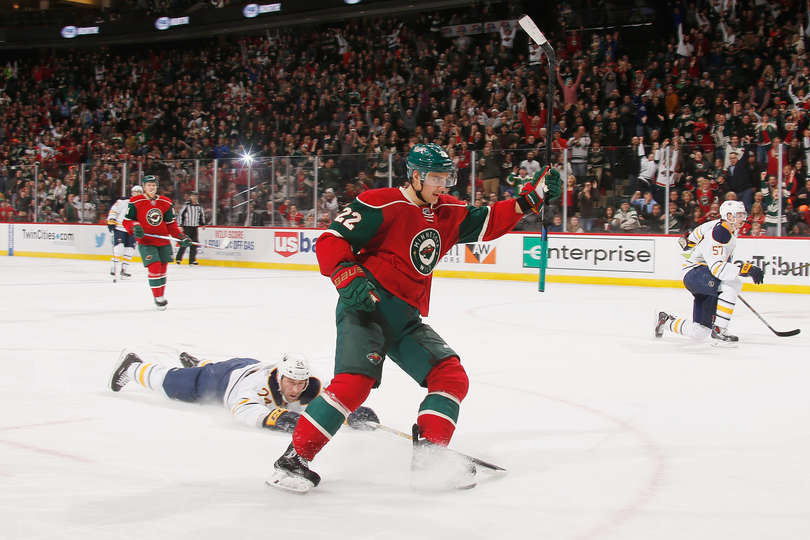 “We knew we needed that,” Wild coach Mike Yeo said.

All it took was a visit by the Buffalo Sabres – is it too early for the Sabres to be vying for the top draft pick next June? – as the Wild scored three goals within 3:14 of the first period en route to snapping a four-game losing streak.

On Military Appreciation Night at the Xcel Energy Center, fans had plenty to appreciate as the home team sauntered to a 6-3 victory.

Ryan Carter and Nino Niederreiter scored just seven seconds apart to erase a 1-0 deficit, and after the Sabres tied the score 10 seconds later, Kyle Brodziak returned the lead to Minnesota at the 9:21 mark of the first period.

“The victory was definitely very huge for us,” he said.

Although Buffalo’s record dropped to 3-13-2, last in the NHL, no one in the Wild dressing room was underselling this win.

“That’s the kind of game we needed,” Carter said. “I don’t care what their record was.” 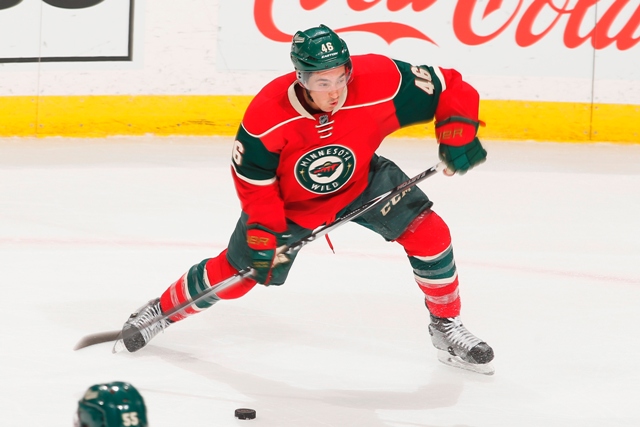 Minnesota defenseman Jared Spurgeon logged heavy minutes and contributed a goal in his return from a five-game injury absence. (Photo by Bruce Kluckhohn/NHLI via Getty Images)

The Wild pelted Buffalo with 20 shots on goal in the first period, then eased off on the throttle and coasted. It didn’t seem to matter much, thanks to the play of Jared Spurgeon and Ryan Suter on the blue line and the goaltending of Nik Backstrom.

The 5-foot-9 defender from Edmonton, Alberta, returned to the lineup after missing five games with an injured shoulder and made a difference all evening, a difference more noticeable because Wild defensemen Marco Scandella and Jonas Brodin were sidelined by the mumps.

“We couldn’t ease him back in,” Yeo said of Spurgeon.

Spurgeon played more than 22 minutes over the first two periods and finished his evening with 29 minutes, 27 seconds of ice time, one goal, eight shots on goal, one takeaway and one blocked shot. His eight shots were three more than anyone else and his ice time was just three seconds less than Suter’s.

“I just tried to get back into it as fast as possible,” he said. “Playing with ‘Sutes’ is pretty easy.”

Nearly everyone in the home sweaters seemed to make it look easy against the lowly Sabres, who coincidentally arrived on Minnesota’s schedule on Jan. 2 when the Wild were immersed in a six-game losing streak, just in time to help them turn things around.
After the struggling Wild power play controlled the puck for the whole two minutes but failed to score on their first man advantage Thursday night, the crowd of 18,925 applauded. The Wild were then 2 for 45 this season, but finally got power-play goals from Niederreiter and Spurgeon and finished 2 for 4 for the night.

This was a game when it was often difficult to tell when Minnesota had a power play because it had the puck most of the time. Shots were 39-28 and the Wild still have not been outshot this season.

When the Sabres did get a chance, Backstrom was there for 25 saves.

Backstrom came into the game at the 6:24 mark after Buffalo tied the score 2-2 with just its second shot on Darcy Kuemper, and showed he had moved past his last game, a 3-0 loss to Ottawa on Nov. 6.

The Wild got a little sloppy after taking a 5-2 lead, but finished strong enough to record their first victory since Nov. 1.

That was against Dallas.

Now they travel to Dallas to play the Stars again Saturday afternoon before a home game Sunday afternoon against the Winnipeg Jets.