Legacy Lives on in Foundation to Advance the Game of Hockey 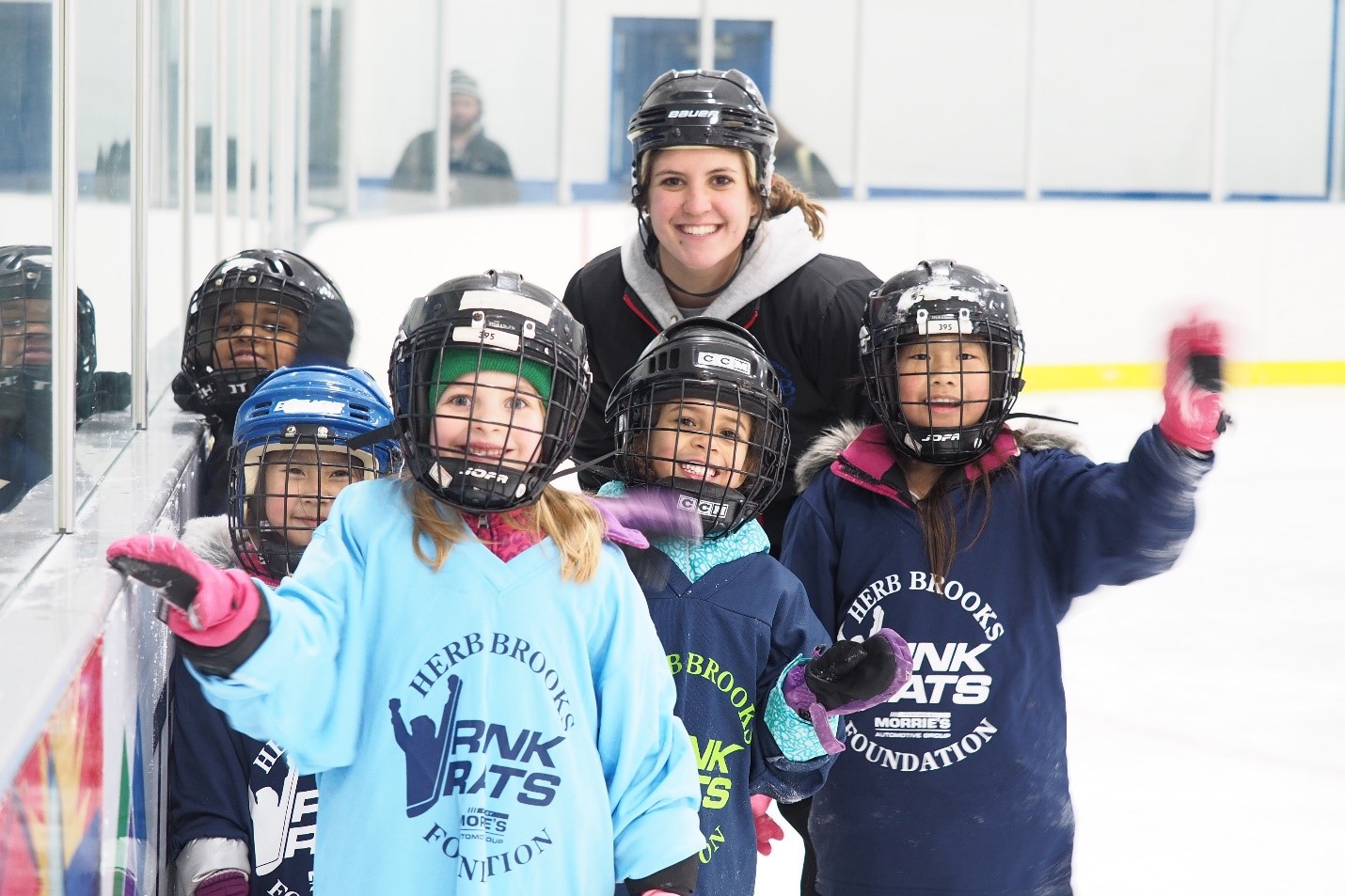 Legacy Lives on in Foundation to Advance the Game of Hockey

What man comes to mind when one thinks of hockey in the United States? In Minnesota? In the Twin Cities? On the East Side?

The man is Herb Brooks, committed to growing the game of hockey — not only in Minnesota but across United States — and the architect of the United States Olympic Hockey team that surprised all and won gold in 1980. He was a legendary figure not only to the hockey community, but also the Minnesota and national sports community.

Though Herb died in 2003, his legacy still lives on in his namesake, the Herb Brooks Foundation. The Foundation is committed to Herb’s long-term vision — growing the game of hockey.

“What’s important is trying … to help young people get involved in hockey and build character,” said Jon Cherney, the Executive Director of the Herb Brooks Foundation. “Even though we use hockey as our platform, the goal is to help young people who might not have the means or the access to participate in sports in general and hockey in specifics.” 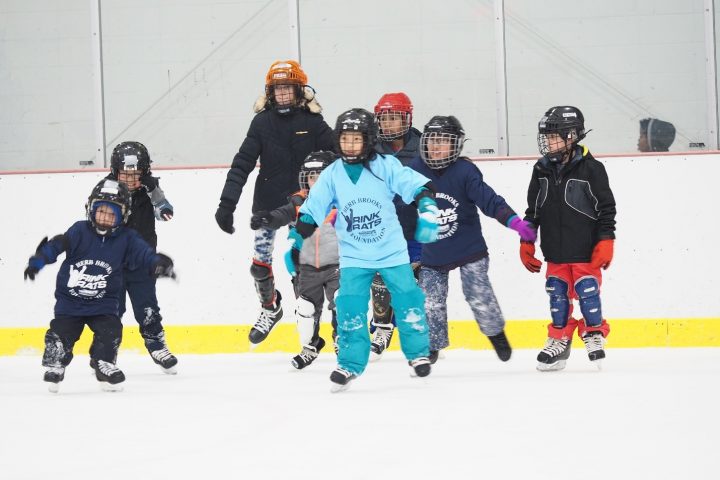 The foundation does a lot of work now for kids who haven’t had much experience in hockey, but it started over 30 years ago in a somewhat different capacity.

As the foundation existed 30 years ago, it was a fund for a scholarship for some high school students to keep playing hockey.

Now that Dan is beyond his playing days, the foundation has changed tunes back to getting kids involved with the game of hockey.

Herb’s friends kept the foundation operating until his death in 2003, then they turned it over to Dan. He then went and renamed it the Herb Brooks Foundation, worked closely with the National Sports Center in Blaine, Minn. and assembled a board of directors and got to work on keeping Herb’s legacy alive.

Though the mission remains largely unchanged from the early years of the current state of the foundation 15 years ago, it has always been committed to getting young people into hockey.

That mission of helping kids through the game of hockey isn’t better explained than their mission statement on the foundation’s website.

“Introducing, providing, and maintain a variety of hockey-related opportunities, at no cost, for our youth — while growing the game.” 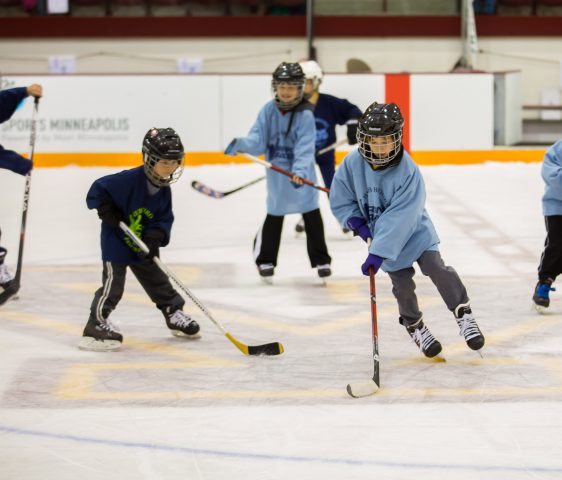 Those hockey-related opportunities are not hard to find, either. The foundation runs summer and winter clinics each year, with multiple locations throughout the Twin Cities, primarily Minneapolis and St. Paul.

Kalli Funk is Rink Rats program director for the Herb Brooks Foundation. She has lived the life of a young hockey player in the Twin Cities. As a player from Roseville, she made her way through the Roseville hockey association, Cretin-Derham Hall, then moved on to college to play at St. Cloud State before competing overseas.

Once back in the United States, Funk was put in touch with the former executive director of the foundation, John McClellan, while she was coaching the girls’ team at Cretin and she became involved with the hockey side of the Foundation’s efforts.

“This summer, at our St. Paul clinic, we had a lot of learn to skate participants, [that’s] kids who are just starting out skating” Funk said. “When I first started with the organization, I saw a few more kids who had been skating for a while.”

In July, the foundation held a summer clinic twice a week for the whole month at the Charles M. Schulz Arena in Highland Park. Those clinics had learn to skate, power skating and learn to play hockey clinics. Kids as young as five years old and kids into their teens participated in each clinic to start playing hockey.

The foundation doesn’t just put on summer hockey clinics, though. This winter, at three locations around St. Paul, the foundation will host clinics throughout January and February.

Funk said unequivocally why she does this job is because of the difference she sees with the kids.

“That’s why I do what I do. Just seeing the reaction, the belief that they can do it, you get chills down your spine,” Funk said. “We’re not trying to raise the next NHL star in our foundation, but just seeing that kids believe in themselves, then it’s one more thing they’re able work hard in and put their mind to it.”

From the parents’ reactions to their kids at these clinics is another humbling experience for Funk.

“The biggest reaction I see is gratitude,” Funk said. “They’re always so thankful that we offer these clinics, and especially, everything we offer is free of charge to them, so they’re so grateful that we’re able to do this.”

Beyond the on-ice help, these clinics are free to the participants and their families. The money has to come from somewhere. So where does the money come from?

That’s where executive director Jon Cherney comes back in. While he doesn’t get involved with the on-ice clinics, he is integral to the business side of the foundation and getting businesses to partner with the foundation and help provide money to accomplish the mission.

“Hockey’s expensive,” Cherney said. “Thankfully we’ve got a lot of generous people, both donors and sponsors who have supported our cause over the years, but we need to do more.”

One of the marquee events for the foundation each year is the Herb Brooks Celebrity Golf Classic. This summer, it took place at Victory Links Golf Course in Blaine, adjacent to the National Sports Center, where the foundation is headquartered.

The event featured some high-profile hockey stars such as Jake Guentzel and Ryan Suter, along with coaches and other figures around the hockey world. In addition to the celebrities present at the golf classic, there were the sponsors; for the holes, the driving range, the putting green. All of it was in part to raise more money for the foundation to continue to provide those hockey opportunities for free.

“We think going forward, we need to have big events all the time [in addition to the golf outing,]” Cherney said. “All of our events, I believe are big events. Some of them raise some more money than others … but when we’re out in the community, it’s a big deal.”

Cherney said the golf classic had over 30 foursomes to raise the foundations profile, but also to raise money with the sponsors and entry fees for what really matters: the kids.

“What all that does is it allows us to raise money so that we can buy ice time, we can buy equipment, uniforms, provide coaching for the kids who might not be able to do so into the coming school year,” Cherney said.

For the future of the foundation, Cherney wants to expand. Though the foundation now has a scope of both the Twin Cities and surrounding suburbs, he wants the foundation to have a footprint in places beyond the metro area.

Moving to cities to fundraise beyond Minnesota, including Chicago and Boston, could be plans for the foundation in the future.

Beyond expansion, though, the goal is still to live on Herb’s legacy and provide kids with access to hockey. That isn’t lost on Ross Bernstein, a bestselling author and Board President of the Herb Brooks Foundation, who knows what it means to play hockey the way Herb would have taught.

“That was Herbie’s thing, play the game the right way,” Bernstein said. “We try to instill a lot of those values.”

As for the end goal of Herb’s legacy, it is still living through the existence and acts of the foundation named after him.

“He really had a profound impact on a lot of people,” Bernstein said. “I’ve interviewed hundreds of people: players, coaches, neighbors, family members, everyone just had a crazy, unique story about how Herbie touched their lives, how he had made a difference.”

Drew has a passion for nearly all things hockey. He started writing about the game when he began covering the Gophers' men's hockey team in 2016. His personality can generally be seen on Twitter @covedrew and on a weekly podcast covering the Gophers, That Gopher Hockey Puckcast.