Head Hound rolls with the changes 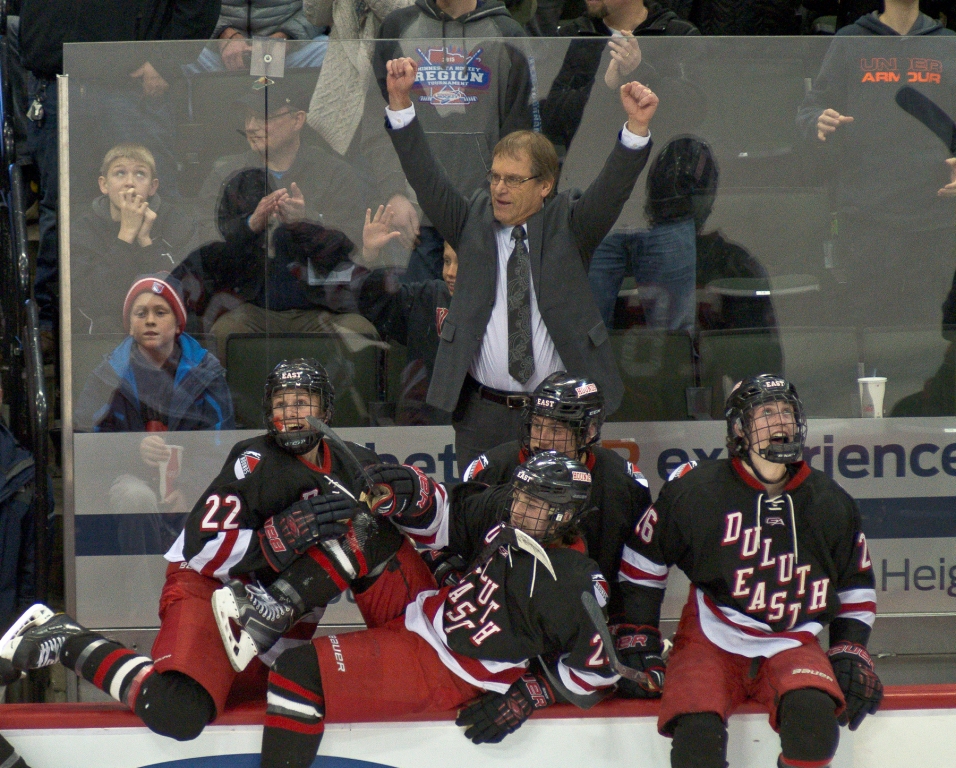 St. Paul — Mike Randolph has had no shortage of success in his 27 years as the head coach of the Duluth East Greyhounds. From two state championships to nine straight tournament trips, Randolph has won with a multitude of players and unique array of teams.

But the 2014-2015 Greyhound team perhaps posed the most difficult challenge for the veteran coach.

With a sub .500 record most of the season and finishing only 11-10-4 on the regular season, the Duluth East varsity squad raised a high amount of doubt from its fans and other onlookers.

Yet, the Greyhounds righted their season, returned to the 2015 Class AA boys’ state hockey tournament and their story only continues, now headed to the state final after a fourth-straight upset, defeating No. 2 Edina 3-1.

The 2014-2015 Duluth East Greyhounds portray similar qualities to many of the previous teams that Randolph coached, but they aren’t quite “at the skill level.”

What the team lacked in skill, they made up for in strong leadership.

Randolph believes the team wouldn’t have returned to the state tournament if it weren’t for captains Nick Altmann and Brian Bunten who silenced the outside criticism that the team received in their low moments throughout the season.

“Bunten and Altmann have done an incredible job of staying the course,” Randolph said.”There was lot’s of noise. The leadership group has done a nice job of blocking that noise out in our group and continuing to work.” 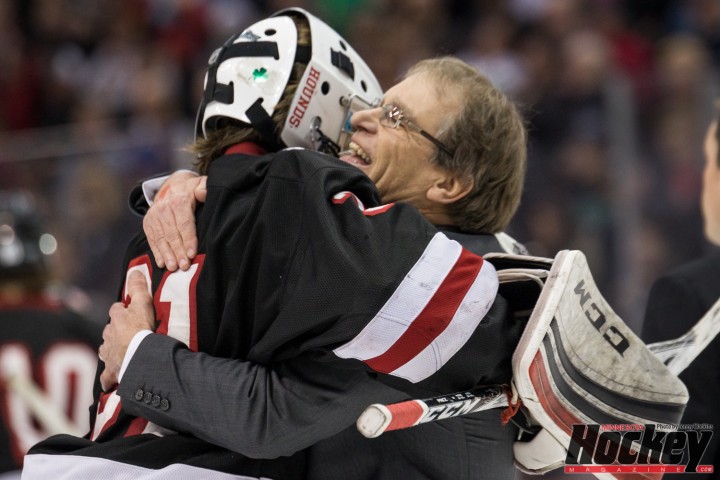 The loudest outside noise came after a game in late December when the Greyhounds traveled to Braemar Arena, the home of Edina, and were defeated 7-1.

“It was kind of one of our most embarrassing defeats,” Randolph said. “They wanted to have the opportunity to show Edina that we’re better than that.”

In the state semifinals, the Greyhounds did more than just improve, they also knocked the two-time reigning champion Edina Hornets out of the state tournament.

The regular season was far from desirable for Duluth East. But Randolph made sure his team saw the first 25 games as a lesson rather than something that defined them, heading into the postseason.

“Really, we emphasize during the season that the regular season is more or less 25 lesson plans and the real season starts in the first round of the playoffs,” Randolph said.

Now defined as the team that can beat any team on any given day, the Greyhounds embrace their underdog role. Randolph’s team knocked off No. 19 Grand Rapids and No. 6 Elk River in section play as well as No. 4 St. Thomas Academy and No. 2 Edina in the state tournament.

Down at some point in the game in nearly all four upsets, Duluth East is the epitome of a team capable of turning things around, which is something they’ve done often, thanks to the leadership on the team.

“Whenever your captains are two of your hardest workers and they continue to work hard, you have a chance to turn it around,” Randolph said. “And to their credit, they have.”