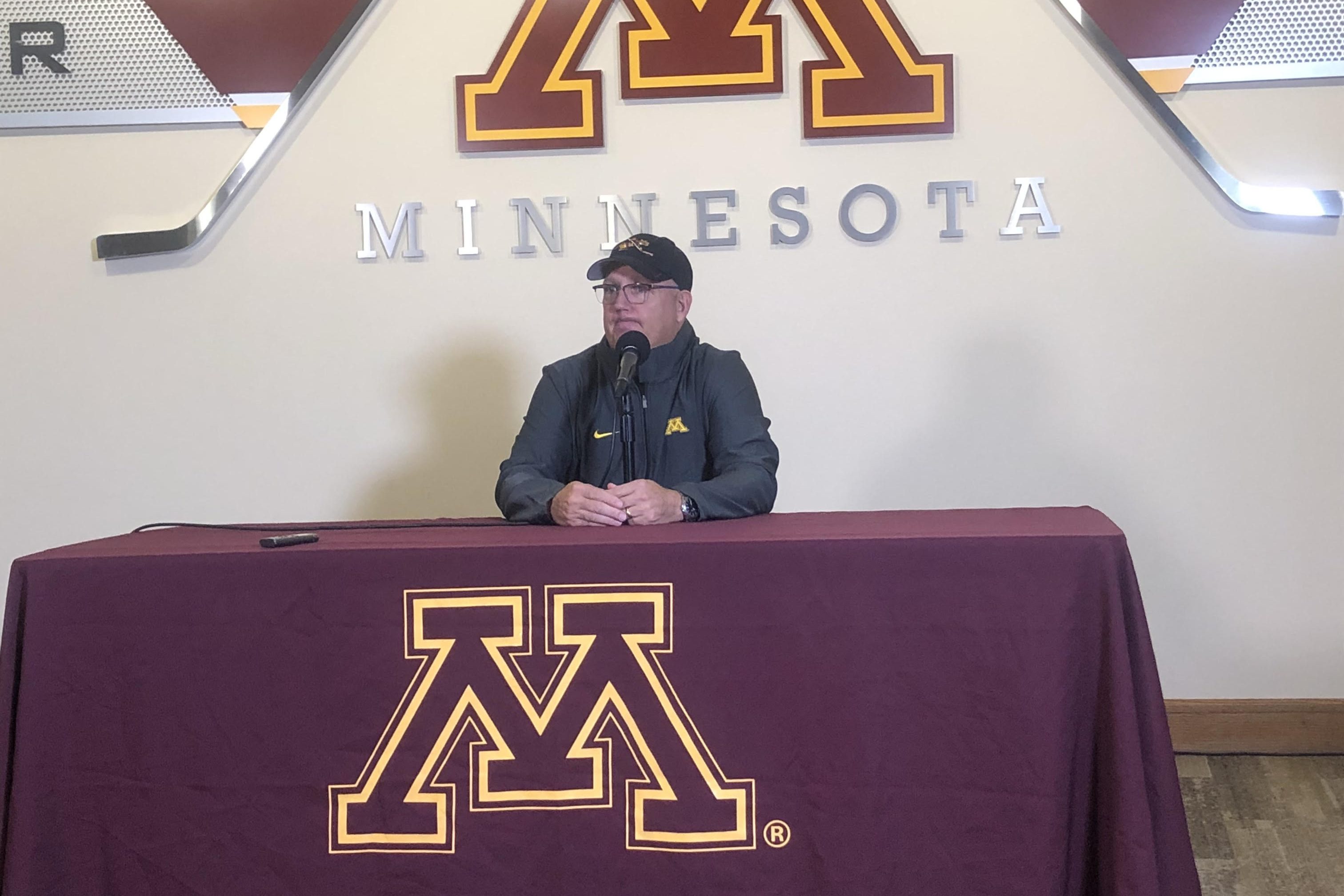 Bob Motzko is no stranger to the Minnesota hockey scene. He was Don Lucia’s right-hand man at the University of Minnesota during their National Championship seasons in 2002 and 2003. After leaving to take over St. Cloud State in 2005, Motzko guided the Huskies to their first Frozen Four bid in 2013 and helped solidify SCSU as one of the premier programs in college hockey. Now Motzko is back with the Gophers, this time as the head coach.

However, Big Ten Hockey has a bit of a black eye on it. Many loyal fans are still bitter about the breakup of the old WCHA which featured all five Minnesota Division-1 teams in one conference. All five teams are now in their sixth year of realignment and, for the most part, the majority of the programs in the State of Hockey have sustained success.

One could argue that Motzko’s biggest task isn’t just getting the Gophers another championship, but making the program more appealing to a fan base that’s still sour over a breakup. Hell, even Motzko admitted that it’s easy to blame the U of M for this change.

“You had all these people – the hockey community (that) didn’t like Minnesota … they blame Minnesota and there was this negativity that started to fester itself to where all of the sudden there was just bullets coming at Minnesota and I used to throw them ­– I can’t hide from it. That was a pretty powerful league (the old WCHA) and there’s a lot of wounds from that from the entire hockey community within the region and they still blame Don – that Don did it – and of course he had zero to do with it.”

Motzko’s not wrong here. It was a collection of events that led to this: the CCHA disbanding, the NCHC forming, Penn State achieving Division-1 status and yes, the Big Ten wanting it’s own conference. To say Lucia was the guy that caused all of this, is nothing short of ignorance.

Last year’s Frozen Four yielded three teams from the Big Ten, even though the UMD Bulldogs – who reside in the NCHC conference – captured the national championship. So there’s definitely enough of a sample size to say Big Ten Hockey is at or exceeding it’s expectations for being a conference that’s just six years old.

“I’m going to switch caps and I don’t want to be hypocritical on how I used to feel about it,” Motzko said. “Here we are six years later and the rankings come out: Duluth’s No 1, St. Cloud’s No. 4, Mankato’s No. 8 or 9. Everybody’s kind of settling in now after five years; maybe their new leagues are ok. The Big Ten had three teams in the Frozen Four last year.

The Gophers were ranked No. 13 in the first preseason poll by USCHO.com. So with teams achieving success from a national level, the wound from this realignment can hopefully be put in the rear-view mirror.

“Maybe the scars are starting to heal over a little bit and maybe we can now start to build forward … and for me to be a cheerleader on it,” Motzko said. “Just imagine if the Big Ten kicked football and basketball out. The uproar you would have if we weren’t part of the Big Ten as a school and then I had to look it up, 1896, we’re a founding member of the Big Ten. So it’s not a new conference, we’ve been in forever. It’s just new to hockey and it is growing and it’s a pretty powerful hockey conference.”

As Motzko alluded to, rivalries will always exist and that’s just a fabric of sports. There was a time when getting a ticket to Mariucci Arena (now the 3M Arena at Mariucci) was the hottest ticket in town. It might not be at max capacity right with a snap of a finger, but as the on-ice product for Big Ten Hockey has fulfilled its vision, it will be up to the fans in the State of Hockey when they want to get over it.