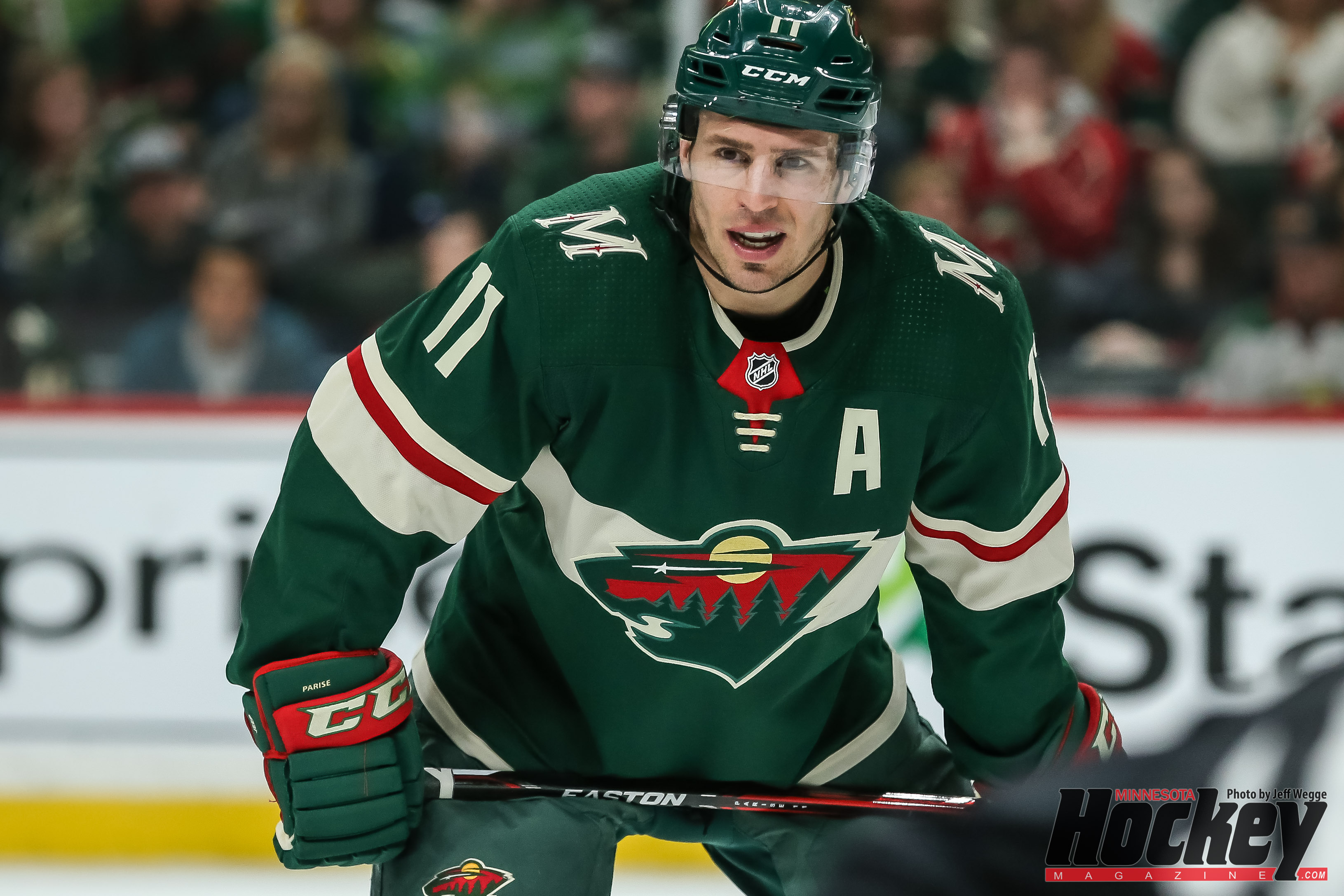 It’s a timeframe that’s been highlighted for the Minnesota Wild. For the past six years, they’re one of just three NHL teams to make the playoffs, a group that includes back-to-back Stanley Cup winners, the Pittsburgh Penguins in 2016 and 2017, and the Anaheim Ducks, who made it to the Western Conference Finals twice in that span. For the Wild, they haven’t made it past the second round and have been ousted in the first round the past three seasons.

The goal for the Wild is always the same, according to left winger Zach Parise: Make the playoffs.

“And we’ve got to get over the hump and make a little deeper run in the playoffs then we have in the last few years,” Parise said.

Indeed, a deep run would be welcomed. The Wild finished the season with a 45-26-11 record (including 24-10-8 with Parise in the lineup) before an early exit in five games to Winnipeg in the first round of the Stanley Cup Playoffs.

Six years ago, the Wild rang in the Fourth of July holiday with the dual signing of defenseman Ryan Suter and Parise to 13-year, $98 million contracts. The deals skyrocketed the expectations of the Wild franchise and fans, with the goal of bringing a Stanley Cup to the state of hockey.

It’s been six years, and the Wild are without a Cup and have seen the ups and downs of Parise’s career. Most of the downs have been thanks to injuries. Last season, everything appeared to be on track for him, until microdiscectomy surgery on Oct. 24 kept him out for the first 39 games of the season.

This year, it’s a different story for Parise. He’s recovered from his injury last spring, had a healthy preseason and is ready to start the 2018-19 season with a clean slate. He said he felt great about his summer from everything to his training, skating and just overall “feeling normal again.” After his surgery last season and catching up to the rest of the players when he returned, Parise started to ask himself if he was ever going to be the player he was before, physically. The short answer is yes.

“It was hard, but I think just, expectation-wise, I just feel like I’m back to being the player that I’m capable of being because my body’s allowing me to,” Parise said.

The rest of the squad will start the year healthy, too, (plenty of fingers are likely crossed to make sure it stays that way). After the Wild played with at least one player injured in 73 of the 82 regular-season games last year, the health factor is something captain Mikko Koivu recognizes.

“I’ve never experienced something like what we had last year,” Koivu said. “For sure, mentally it’s not ideal. I know it’s part of the game, and that happens. I think coming into the season, you really appreciate it. Now, it’s all about starting to build again with this team.”

Parise suited up for his first preseason game and scored the lone goal for the Wild in a 3-1 loss to the Dallas Stars. He tipped in a Koivu shot as he cruised in front of the net. The goal didn’t mean any less to him because it came in the preseason.

“You’re always hungry to score,” Parise said after the game. “It was a really nice play by Mikko. You want to get into those habits early of getting to the net, and getting goals from around the crease.”

Coach Bruce Boudreau was pleased with Parise’s play, saying postgame that he played him, along with Koivu, 22 minutes in the game. They didn’t seem to run out of energy, Boudreau said.

“I played him a lot on purpose just to… see how he could handle it,” Boudreau said, of Parise.

When the Wild shutout Colorado 7-0 in the next preseason game, Parise scored the final goal of the night on the power play. Again, it was puck that came from a Koivu shot in the circle, and Parise was once again camped out front. All he had to do was tap it in, to borrow a line from the movie “Happy Gilmore.”

Putting the fact that it’s the preseason aside, it’s good to see those types of goals from Parise. For years, he’s has made his home on the ice in front of the net, taking plenty of crosschecks in shoving matches with defenders in the process. He said he’s worked over the summer to broaden his game, but he knows where he needs to be on the ice, and that’s right around the crease.

“I think I can probably count on two hands how many goals I’ve gotten from outside 10 feet,” Parise said. “It’s not a lot.

“I know what my strengths are.”

At just under 6 feet, Parise is certainly not the biggest guy on the ice but makes up for it with his gritty play and ability to put the puck in the net. Since his arrival, he’s been one of the leaders on the team both figuratively and on the stats sheets. 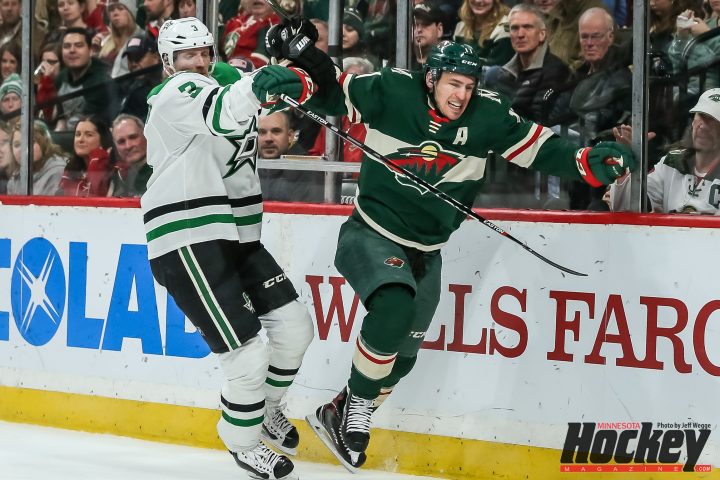 Zach Parise will be the key to Wild’s playoff success

He’s coming off a season where he played just 42 games, the fewest he’s played in a season since wearing a Wild sweater. His first game wasn’t until the calendar flipped to 2018, when the Wild hosted Florida on Jan. 2. He scored 15 goals and 9 assists in the second half of the season before scoring a goal in each of the first three playoff games against the Winnipeg Jets. Then he fractured his sternum in game three, which not only ended his season but made things much tougher for his teammates to win in the series as well.

Maybe this is the year Parise can finally stay healthy. That’s the hope, anyway.

For Boudreau, he knows how good it is to have Parise back for the team, but it’s really more than that.

“I think it’s a real boost for Zach,” Boudreau said after Wild practice the day before the season opener. “He’s going into the game tomorrow (in) as good of condition and feeling as physically well as he’s done in years. If I’m him, I’m really excited about, ‘hey, this is me now. I’m back.’”

Since joining the Wild, Parise has not played a full season of games. To be fair, the NHL lockout in 2012-13 disrupted things for everyone. But after that, Parise has played in 67, 74, 70, 69 and then 42 games during the regular season for the Wild. Compare that to his first seven years in the NHL with New Jersey, where he suited up for either 81 or 82 games in six of the seven seasons out east. His biggest outlier in the games-played column came when he suffered a knee injury Oct. 30 in a game against Los Angeles. He played just 13 games in 2010-11 thanks to the injury, tallying three goals and three assists.

Blame injuries or the rough-and-tough play in the blue paint, but this now-34-year-old player hasn’t had the durability on the stat sheet anymore. With seven years left on his contract with the Wild – through the 2024-25 season – Parise still has a chance to turn that around and get his numbers back up again.

Looking at his career, he’s a six-time 30-goal scorer, last reaching the mark with 33 tallies in 2014-15 and netting a career-high of 45 in 2008-09 with the Devils. Parise also leads the Wild franchise in playoff goals, power-play goals and is second in shots on goal. He has 333 career goals, the leader among active American-born players.

If the Wild want to push their playoff streak to seven years, they’re going to need Parise to not only stay healthy, but get back to his goal-scoring roots for a 20-to-30 goal season. It may be a lot of pressure on just one player. There’s just no denying how valuable Parise is to the Wild.

“Seeing what he went through last year, first we’re just happy for him that he can be back and start fresh right away and start healthy,” Koivu said. “But then for sure for the team, it can be a huge piece that we were missing pretty much all early last, whatever months he was out.

“I think it goes both ways. He’s going to help us, but we’re trying to help him as much as we can. That’s the way it goes for the team.”