Tearse: Hockey, an easy game to play … from the stands

Actions, decisions on the ice are tougher than they appear 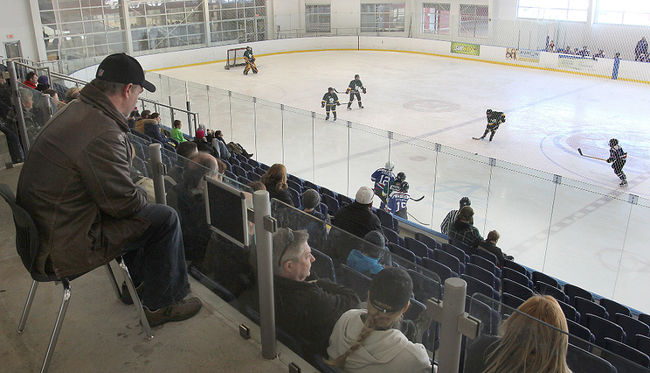 Actions, decisions on the ice are tougher than they appear

As March madness approaches the interest in watching hockey increases to a fever pitch. There are many discussions in the stands about the various teams and the players. Many definitive statements are uttered a loud, many of them wrong or unfair to the players.

Hockey is very different than other team sports. It takes a tremendous amount of physical and mental skills to play the game at all, much less play well. Unlike the other team sports with set plays and rigid routes and patterns, hockey is a flowing game with constant substitutions and endless possibilities for play making. We use a phrase “read and react” to communicate to players that they must constantly observe the action around them and react accordingly. No time to check with the offensive or defensive coordinator or have a timeout huddle to diagram the last shot. Hockey is about constant movement up and down the ice.

Parents and spectators who sit in the elevated stands often cannot understand why “little Johnny” didn’t just lift the puck over the fallen goalie to win the game? Or why the puck carrier didn’t pass off to a teammate who was obviously in a better position to score. Or why that “stupid coach put the wrong guys on the ice to kill off the penalty”.

The game is actually very much different the closer you are to it. Up in the stands it looks pretty clear. From the player’s bench the view is much different than from above, and on the ice the view is even different again. The players do not see what you see. They have a much narrower view in most cases and they are normally under the pressure of the competition. As the game progresses, the players tire from the physical exertion and stress. This all changes how they see the game. What you see is not always what they see.

Another element to consider while you are sitting or standing in the stands is the speed of the game on the ice. A top bantam and high school player can skate at top speed from blue line to blue line in 1.9 to 2.2 seconds. That is 50 feet in about 2 seconds. If the skater is carrying the puck through the neutral zone numerous split second decisions need to be made and skills executed. Skating, stick handling, and passing skills are all required here in those 2 seconds. Many of the decisions the players make are right and many of them wrong. Sometimes the idea is correct but the skill to accomplish the task is not quite there. In the context of the skills required to play hockey, the fans and parents should recognize that what is happening on ice is a remarkable combination of physical and mental skills coordinated into a team effort. Celebrate their achievements, and ignore their failures.

As the tournaments commence over the next few weeks it will be fun to see the terrific play at all levels as the teams advance towards their respective playoffs. Whether or not your favorite team advances to the tournaments, you must respect them all for the great talent, heart, and dedication that they exhibit. Win or lose it is a great to compete.