Tearse: Hockey sense can be taught

Experts are made, not born 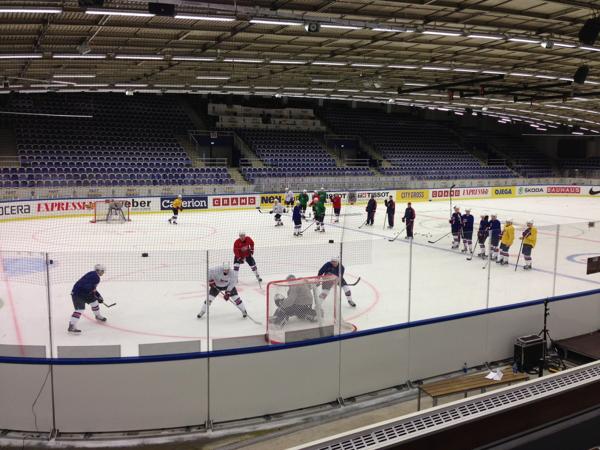 Experts are made, not born

In a July 2007 report in the Harvard Business Review, research done by K Anders Ericsson has demonstrated that “experts are always made, not born” in all aspects of life. Specifically for hockey he demonstrates the qualities that would make up “hockey sense” and the fact that they can actually be learned.

The problem with teaching “hockey sense” comes from having an understanding of what it is that needs to be learned and how best to teach it. By examining the aspects of “hockey sense” and then breaking it down into teachable components, youth coaches can do a better job for their teams and help the players learn “hockey sense.”

Players who demonstrate “hockey sense” are those who typically possess superior individual skills than their teammates or opponents. They dazzle the fans with their quick sticks, maneuvers and overall abilities. They always seem to be in the right place.

The questions that should be asked are: why are these players able to play at a level that seems to be above the rest of the players, and do they really have more “hockey sense” than other players? With close inspection it becomes apparent that these players usually have spent more time on the ice in unstructured situations where they are free to learn by doing and watching older players.

If coaches want to help all of their players develop their hockey sense, there are a couple steps to start down that road.

The first step to teaching hockey sense is teaching skills. The skills are skating, puck handling, passing and shooting. For young players through the bantam levels considerable attention should be paid to skill development. This means plenty of practice time and small-area games to help develop transitions and to use skills in confined areas under pressure.

Skill development through lots of repetition at practice is essential for all players if they want to be successful. Teaching skating at every practice, all winter long is essential. Coaches need to be active during practice helping their players improve in all skill areas. Be sure to be active and teach while running drills, be sure they do things right and make sure you and the players understand the primary objective of every drill so the proper focus exists.

In order for skills to develop, practice-to-game ratios for squirts, peewees and bantams should be 3 to 1. Ratios lower than this will severely limit the growth of players. To play the game at a high level requires a high level of skill. Learning requires lots of repetition in order for players to achieve unconscious competency of the skills required to be successful.

Games are fun but with most youth players only skating 15 minutes per game, practice and small area games are far more important to developing players.

The game of hockey is a continuous series of “common reoccurring situations.” The more players are exposed to the situations the better they become at reacting to them. More specifically, 1 on 1, 2 on 1, and 3 on 2 would be considered situations that occur over and over again.

With experience and good coaching players will learn to react instinctively as they are involved with these scenarios. The options available to players in these situations can be taught in practice and then experienced in games.

It is essential to demonstrate and teach multiple options to players so they have the ability to react to quickly changing situations. Running these situations from many different spots on the rink surface will help your players learn to adapt to a variety of situations and potential ways to deal with them.

For youth coaches who are not equipped to teach many skills, scrimmages, full ice, cross-ice and varying the numbers of players is also quite valuable. In all instances it is better than having the kids spend most of the time standing in line at practice.

The second step to teaching hockey sense is how we provide feedback to the players during and after games. This part is challenging because our teams are made up of players who have fairly wide ranges of skill and developmental levels. In many instances some of the players simply cannot keep up with some of their teammates.

This is why practice and small area games are so critical. We can provide plenty of feedback and instruction during practices. During games we can provide observations and feedback while the game is in progress. Asking questions like “what did you see out there” will help to encourage meaningful dialogue between a coach and a player.

Offering alternate solutions to situations will help a player learn about other options that might be considered for that particular scenario. Allowing them to make mistakes is also an essential part of the process.

Helping your players to understand the different options available to them in a variety of situations and giving them lots of opportunity to experience them is a good start to helping develop hockey sense. This is a long-term process and requires patience on the part of the coaches.

Unlike other countries, where they are developing top-level players on purpose, we rely a bit on luck, large numbers of players and natural abilities. For a few this works but for most players it does not.

Youth coaches that spend more time practicing than playing games and use the practice time to develop skills and teach players about common reoccurring situations will take a big step towards teaching “Hockey Sense” to their players. The likely outcome is that your teams will play much better at the end of the season than at the beginning and your players will have much more fun.