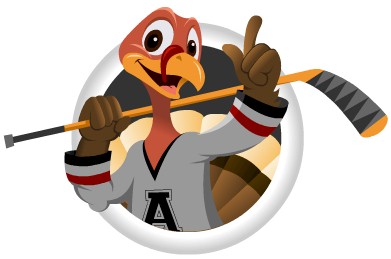 Thanksgiving is that time of year where you are thankful for all the wonderful things you have in your life (and maybe a few things that you don’t). So for this week’s column I would like to share my top ten list of hockey related blessings with you – for dramatic effect I’ll count back words:

10) The Jason Pominville Trade – While there was a period of time where we all wondered if this was the best idea for the Wild, it has definitely worked out in the long run. Matt Hackett and Johan Larsson have barely made it out of the AHL this year for Buffalo – which is saying something because the Sabres have brought ‘bad’ to a new meaning– and Jason Pominville has been on fire. He’s got 14 goals and 3 assists this season. His play has been so good, he’s not only gotten himself back into the conversation for selection to the USA Olympic Team, he’s nearly become a lock to be selected in January – after not even big named to the preliminary roster.

9) Don Lucia- While I will be the first to admit Don is a tough nut to crack, I’m a converted man. Every year with a new group of talented young hockey players he turns his team into a contender. There is a lot of turnover in college hockey and Don has been outspoken about the NHL’s lack of rules when it comes to a player leaving early (and I agree with him). But mainly the reason I have become such a Lucia-natic is because of his commitment to Defending the Blue Line—a charity that raises money for children of deployed military members so that they can afford the high price of hockey. This year he not only signed up to run the Twin Cities marathon for DBTL, he went on a media tour and gladly lent his celebrity status to try and get the word out. For a guy who is as intensely private as Don; a guy who never seeks the spotlight I’m fairly certain that was a challenge. However, he did it with grace and I know that it helped quite a bit.

8) 2013 Hermantown Hawks state tourney run – Yeah, they lost to St. Thomas in the state finals but they gave them a run for their money losing 5-4 in a very controversial game. They played that game less than 24 hours after a double-overtime win over Breck. Hermantown played their tails off in their 4th consecutive trip to the Class A State finals, and 3rd consecutive year against St. Thomas Academy. It also happened to be their 3rd consecutive year losing to St. Thomas Academy. We learned that sometimes it’s fun to root for the underdog and that not every story has a happy ending. But that is what makes the State Hockey Tournament so great.

7) Good bye Devin Setoguchi- Sorry Seto, you just never quite earned your way here in Minnesota. You were a distraction in a locker room that was otherwise filled with stand up guys. The trade gave the Wild some much needed cap space and a 2nd round pick in 2014. You never quite lived up to the 2008-2009 form that you exhibited in San Jose, although you were close to that place last year. However, you did give us this great gem: [youtube id=”FhGtKzUa60o” width=”620″ height=”360″] vs. Montreal in 2012. Now you’ve got 5 goals in 25 games for Winnipeg.

6) Former Gopher Nate Schmidt – Best. Interview. Ever! It was never a canned cliché, Nate Schmidt only spoke from the heart. He almost always made you crack up and you never knew what was coming next. This was pretty much the same way he was on the ice. As an undrafted defenseman the 6-footer from St. Cloud is gutsy, unpredictable and has a rocket shot for a guy his size. He was integral to the Gophers successful seasons over the last two years and he spent just one game this year (so far) in the AHL before being called to the big show…Did I mention he was undrafted?

5) Olympic Hockey – I’m headed to Sochi in February for KARE-11 and I don’t think I’ve ever been more excited about an assignment than covering Olympic Hockey. While I do wish they still used college kids, because there is just something cool about a group unknown kids becoming cult heroes (see ex. 1980) I am still pretty excited to watch the NHLers. The guys that I have talked to are definitely pretty excited. I always find it neat to see how much the players get into it. There is no extra money on the line, only pride for your country and the fact that it means that much to them, makes it that much better.

4) Ryan Suter’s ice time – Does this guy EVER get tired? He routinely skates 30 or more minutes per game. In one recent stretch he skated over 91 minutes in three games. He averages 29:33 per game, which is astounding nearly 3 minute more than anyone else in the NHL. But he’s not a that guy in your pick up league that refuses to leave the ice even though he’s sucking wind for the last 5 minutes, he is on the ice because it gives the Wild the best chance to win as 11 of his 15 assists this season come in wins. Simply put, Suter is an anomaly and one that is helping the Wild win.

3) St. Cloud State’s 2013 run – No one gave them a chance. They weren’t the Gophers and they weren’t the Bulldogs of Duluth, they were in the middle. But that was totally cool with them. They won the MacNaughton Cup as WCHA regular season champion on the last weekend of the season and most of the year were ranked in the top ten. For them, none of that mattered because THEY were the last Minnesota team standing and that swagger carried them and captivated the rest of us. The Huskies made it to the Frozen Four behind stand outs that chose SCSU rather than the bigger schools. Drew LeBlanc – a guy who was coming off a terrible injury – made the best comeback of all winning the Hobey Baker award. Yes, the Huskies lost to eventual runner up Quinnipiac but they captured Minnesota’s hearts for the whole run and surely gained a few life-long fans in the process.

2) The Wild being a playoff contending team – While I don’t want to jinx it, the fact that we have an NHL team that seems to be a legit playoff contender is incredibly exciting. The Wild have depth and scoring potential at nearly every position (goaltending being the one in my mind depth could be an issue). Led by an outstanding group of veterans in guys like Zach Parise, Ryan Suter, Mikko Koivu and Jason Pominville, to mention a few. They are also getting great play from the lower lines. Nino Niederreiter seems to have found a good fit in Minnesota, Charlie Coyle has continued the great play that he exhibited in last year’s first round playoff series and Justin Fontaine, a guy who barely made the roster coming out of preseason camp, has appeared in 25 games and scored 6 goals. Chuck Fletcher has finally found the right mix of depth and talent and Mike Yeo is making it work. Because the western conference is so tough, I’m not sure if they are championship caliber yet but for the first time in a while this franchise is heading in the right direction.

1) The Gopher Women’s hockey winning streak – I’ve written about it before, but now sadly it’s in the past tense. The Gopher women’s hockey 62-game win streak was in essence one of the most captivating hockey events of the past two seasons. To be better than everyone else for 62 nights in a row, including TWO national championship games, is incredible. They were front page/top story news every night they played. Unfortunately they did lose (even more unfortunately they did so to the very last team that beat them in North Dakota) but I have no doubt that their eyes are on a bigger prize, a third consecutive national title. In a way maybe it’s a good thing that it’s over so that the media won’t be continually reminding them of it. But you’ll have to excuse that media for being a little bummed that I don’t get to cover that history anymore.