But recipe for road success remains elusive for Minnesota 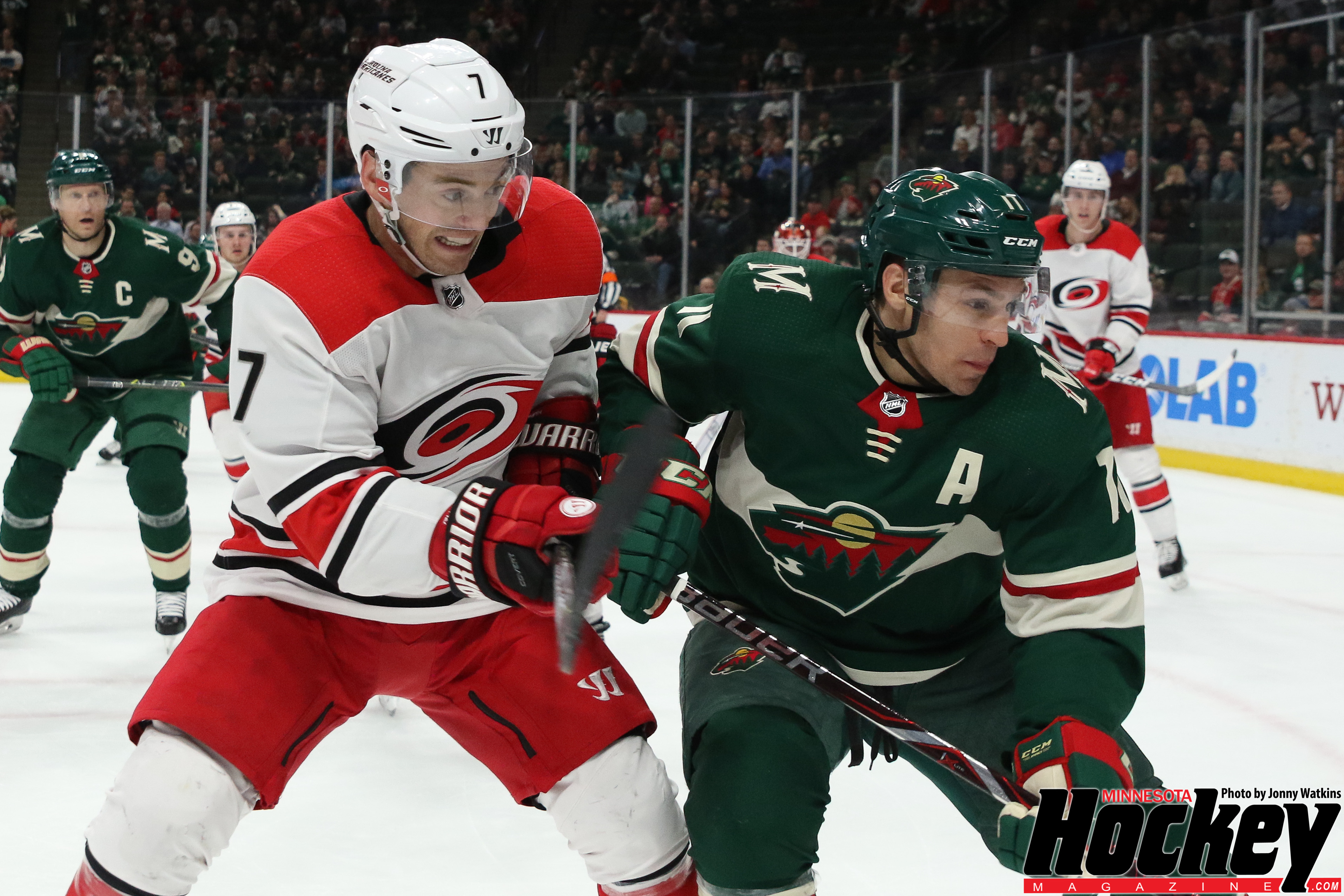 But recipe for road success remains elusive for Minnesota

St. Paul – The on-again, off-again Wild have been nothing but “on” at the Xcel Energy Center this season.

While the team’s ride on the road has too often been sabotaged by potholes, Minnesota is simply ridiculously good on home ice.

After scoring a franchise-record four goals in less than 3 1/2 minutes of the second period Tuesday night, the Wild sauntered to a 6-2 victory over Carolina and a remarkable 24-5-6 home record this season.

They have points in 26 of their past 28 home games.

The 2017-18 season just might go down as the craziest of seasons: Zach Parise and Charlie Coyle have missed numerous games because of injuries and neither has 10 goals, Minnesota natives Nate Prosser and Nick Seeler have somewhat surprisingly become regulars on the blue line, and Eric Staal has vaulted himself among NHL leaders in goals.

According to coach Bruce Boudreau, Staal’s production is way beyond anything expected when the Wild signed him to a free-agent deal two summers ago. 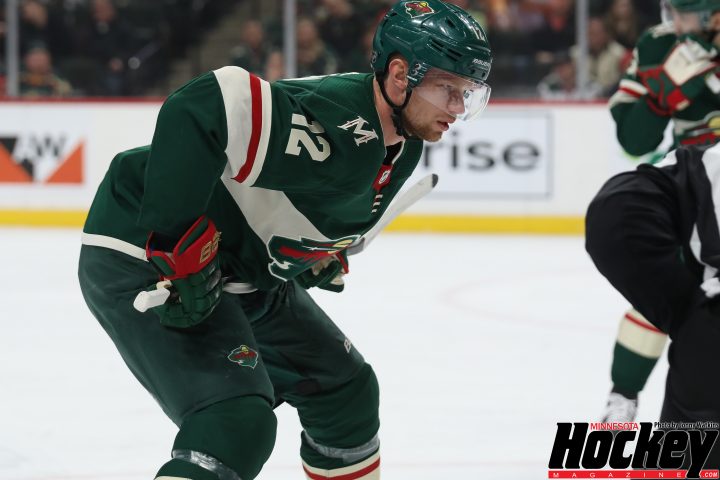 Staal, who notched his 35th and 36th goals against the Hurricanes, scored just 13 goals during the 2015-16 season, you might remember, before bouncing back with 28 for the Wild last season.

The 33-year-old, who sccored 45 goals for Carolina in 2005-06 when he was age 21, is on pace to challenge that this year. The 36 goals lifted him into a tie for fourth in NHL goals behind Alex Ovechkin, Patrik Laine and Evgeni Malkin.

“I’ve got a lot of work if I want to catch or be around those guys,” Staal said with a chuckle. “I don’t like my chances with those guys, to be honest.”

But the way this season has gone, who can predict anything?

Prosser, who is from Elk River, is another out-of-nowhere story this year; he was reclaimed on waivers from St. Louis for the second time in his career on Nov. 30, when Minnesota had an 11-10-3 record, and in the 42 games he has played since then the Wild are 27-11-4.

He has two goals, six assists and ranks seventh in plus-minus on Minnesota’s roster with plus-8.

Then there’s Seeler, a native of Eden Prairie who sat out Tuesday after a heavyweight bout with Detroit’s Luke Witkowski in a 4-1 home victory Sunday. Seeler, 24, was called up for his NHL debut Feb. 13 and played 11 consecutive games before he was hurt in his fight, meshing so well as an untried rookie that the Wild decided they could trade defenseman Mike Reilly to the Montreal Canadiens.

These exceptional turnarounds and surprises have lifted the Wild into third place in the Central Division and make the team an almost sure bet to reach the playoffs.

On the other hand, however, there’s that pesky issue surrounding the team’s bumpy ride on the road. As they head out on a quick two-game jaunt to Vancouver and Edmonton, the Wild take with them a 14-17-1 road mark.

Boudreau is growing weary of the recurring questions.

“If I knew, I would figure it out and change,” he said. “Why we can play very good defensively at home and then allow all those goals on the road is beyond me. We talk about it every day. Hopefully, we’ll correct it.”

Parise, who scored a power-play goal against Carolina to give him six goals in 28 games, says there is no easy answer to the home-and-away variences.

“We’re searching for that answer, too,” he said. “The only thing we know is we have to be a good road team down the stretch and then — knock on wood — into the postseason.”

Despite an unpredictable season through 67 games, the message after another home win seems to point to a measure of optimism heading into the rest of the regular season. After all, six of those remaining games are on home ice.