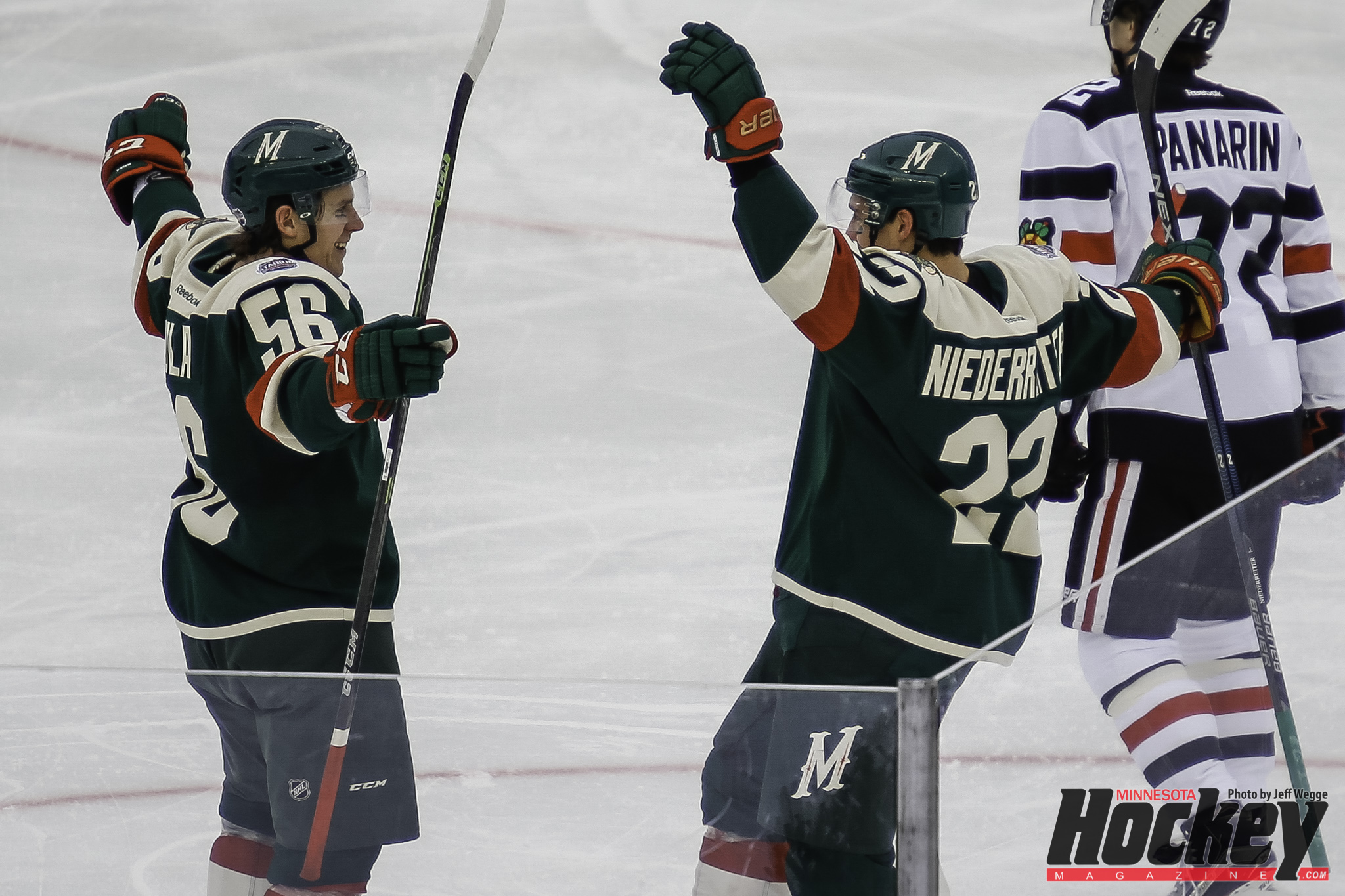 Minneapolis — The NHL made its first regular-season foray into outdoor hockey with the inaugural Winter Classic on Jan. 1, 2008 featuring the Buffalo Sabres hosting the Pittsburgh Penguins. Minnesota hockey fans waited eight long years and and watched 15 more outdoor games for their chance see one played in the State of Hockey.

It turned out to be worth the wait as Minnesota-bred players and college stars combined for three goals and five assists to lead the Minnesota Wild to a 6-1 NHL Stadium series game win over the Chicago Blackhawks in front of 50,426 at TCF Bank Stadium.

Former Gopher Erik Haula led the way for Minnesota-tied contingent with a pair of second-period assists in addition to being awarded his seventh goal of the season when Chicago’s Patrick Kane pulled him down on a breakaway with the Blackhawks’ net empty.

“I had a chance,” Haula said. “But Torch said that will be the easiest goal I’ll ever score and I’ll take it.”

The goal came nearly three years to the day since Haula last scored on the University of Minnesota campus on Feb. 22, 2013 against Minnesota Duluth across Oak Street at Mariucci Arena. Ironically, it was an empty-net goal.

“What a feeling,” Haula said. “First to get the win and the whole team to play that well and having 50,000 people being back where you, kind of where you started.”

White Bear Lake’s Ryan Carter assisted on Matt Dumba’s first-period goal to open the scoring and his sixth goal of the season made it 5-0 early in the third. Haula’s fellow former Gophers Thomas Vanek (goal) and Mike Reilly (assist) chipped in as did Minnesota-Duluth’s Justin Fontaine who added an assist of his own on Dumba’s goal.

In a strange twist, Bloomington’s Zach Parise, tied with Charlie Coyle for the team lead in goals, was kept off the score sheet.

“It was fun seeing those guys score,” Wild defenseman Ryan Suter said. “I think Haulsy was really loving it after the game. But it’s good to see those guys have fun here back where it all started for them.”

“It’s been a while but it feels good to be back,” said Vanek who has seven points (3-4–7) in his past seven games. “I usually don’t celebrate too much but today here, back on campus, big game, big crowd, it was fun.”

Reilly, who along with Jason Pominville assisted on the the goal, said it was exciting for him and his fellow alums to contribute to such an important win.

“Vanek did a great job tipping that puck for the shot by [Pominville] and Haula played really well as well,” said Reilly who now has three assists in his past two games. “It’s great to have the alumni like us to kind of carry on the tradition a little bit.”

The players soaked in what was described as an incredible atmosphere and left with lasting memories.

“Definitely a few goosebumps, for sure, walking out there,” Reilly said.

“It’s something you’ll probably never forget,” Haula added. “And then to have, to play it here is extra special for sure.”

Carter, one of two native Minnesotans along with Parise (Reilly was born in Chicago) to play in the game called the experience “awesome” and took the time to reflect on  a lifetime of memories as the day wore on.

“Being back home and the setting was kind of set; the snow flew in the first,” Carter said. “I look up in the stands, there’s a group of White Bear jerseys too.  And you hear the band playing and it brings you back to your college days a little bit.  It was kind of like a time warp through my career and into pro hockey.  And in the third there we got up, what was it, 5-0 or something like that, 6-1, and I sat back and said this is pretty cool.  This is pretty neat.”