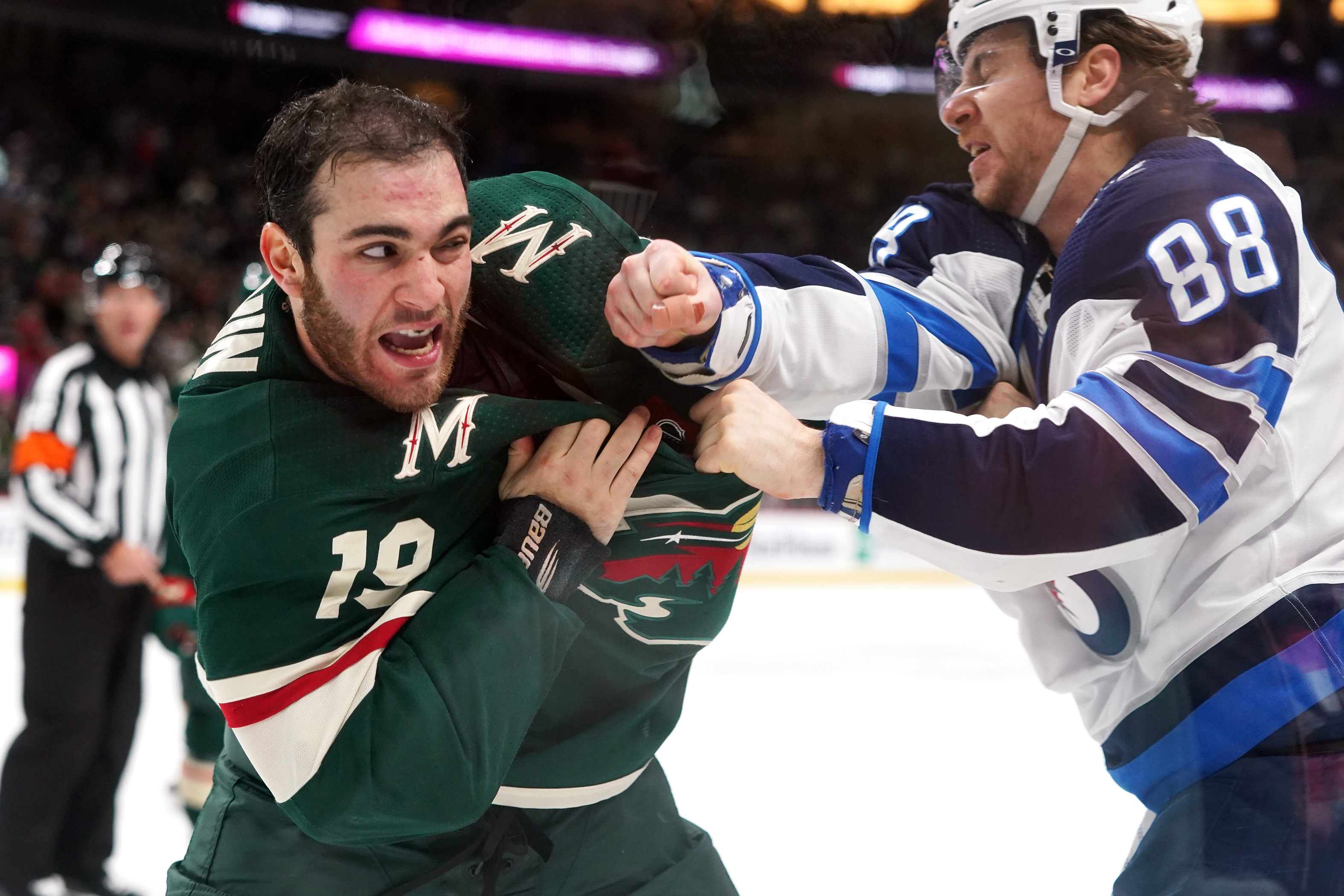 Minnesota has been taking it on the chin in recent home games but Luke Kunin and the Wild can begin to turn that around against Nathan Beaulieu and the Jets tonight at Xcel Energy Center. (MHM Photo / Rick Olson)

“Oh, there’s no place like home for the holidays…”

The familiar holiday tune might be off radio stations by now, though it’s one that rings true for the Minnesota Wild. They’re four games into a long stretch of mostly home games – 18-of-22 – after starting the season playing a lot of road games.

But so far for the Wild, home has been more sour than sweet. The latest example was a 4-1 loss to Toronto on New Year’s Eve for the Wild’s second one-goal, losing effort in a row in St. Paul.

“It’s tough,” said forward Marcus Foligno. “We talk about being at home and how we’re home for a while now.

“It’s great to be home, but unless you’re winning… it’s going to be pretty tough around here.”

The Wild are 1-3 through the first four games of the 18 at home, grabbing just two of the possible eight points while getting outscored 13-5. In the midst of this, they came out of the Christmas break with an exciting 6-4 win in Colorado.

It’s “disheartening,” according to winger Zach Parise, who on Tuesday tied his season-long goal drought at six games.

“We played a good game in Colorado and then responded with a couple of duds back here,” Parise said. “That’s not ideal.” 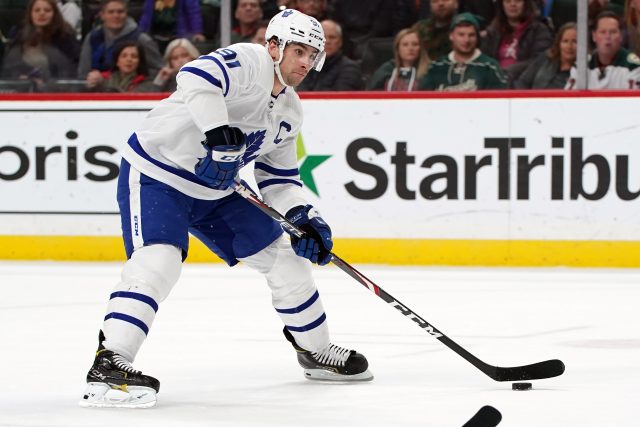 Toronto captain John Tavares had a goal and an assist in a 4-1 Maple Leafs win over the Wild on New Year’s Eve. (MHM Photo / Rick Olson)

They opened up the year with a four-game losing streak and lost six of their first seven games, only getting a 2-0 win at Ottawa to stop the bleeding. The Wild didn’t have a winning streak longer than two games until Nov. 26 to Dec. 5 when they rattled off five in a row.

“I think the results weren’t what we wanted, but for the most part, the whole season I think we’ve been playing pretty well,” said Mikko Koivu, after the Toronto game. He assisted on Ryan Suter’s goal Tuesday in his return after missing a dozen games with a lower-body injury. “Now we’ve just got to find it again. We’ve got to reset here and find the mojo back that brought us that confidence that we were tough to beat at home.”

Despite the last couple of sluggish games from the Wild, they’ve still been one of the best teams in the league lately, going 13-6-4 in their last 24 games. They rattled off a season-best 11-game point streak from Nov. 14 to Dec. 5. They made up ground with 30 points since that mid-November mark and got themselves back into the playoff picture for a bit, which was better than being in the standings cellar early in the year.

“When we play our best and everybody plays their role… we usually end up on the right side of the scoreboard,” said coach Bruce Boudreau.

The Wild also had to get used to playing those roles away from Minnesota. They played 23 of their first 36 games on the road, including a stretch of 20-of-their-first-30 games on the road, the second time in NHL history that’s been done. The Chicago Blackhawks did it in 2005-06 and finished the season 26-43-13.

A 6-0 shutout loss to Winnipeg on Dec. 21 kicked off the Wild’s bulk of 18-of-22 home games. The Wild rebounded well before Christmas with a 3-0 shutout of Calgary. But it was after the holidays that the Wild came out flat at Xcel Energy Center, turning a 1-0 third-period lead into a 3-1 loss to the Islanders. Then they rang in the new year with a whimper against the Maple Leafs, getting down 3-0 before Suter’s power-play goal midway through the second period.

The Wild dug themselves a bigger hole with 30.2 seconds left in the first period when William Nylander made it a 2-0 game. That sequence was a point of emphasis in Boudreau’s postgame comments.

Before that goal, Boudreau noted Joel Eriksson Ek’s 3-on-2 chance where he went to his backhand with the puck instead of going to his forehand on the right side, where a streaking Luke Kunin was headed.

“I think, personally, we try to make the difficult plays instead of the simple plays a lot of times,” Boudreau said. “And it gets turned over.”

The Wild still have some time to redeem themselves from a couple of dud games and not let the slump get any bigger.

“We’ve got to try to figure it out here, sooner rather than later,” Foligno said. “We know we have a lot more home games coming up, but we’ve got to get our game going.”

And even after all those road games to start the season, the Wild will still end up finishing their final four games on the road starting March 29, tying a season-long four-game road stretch. Their home regular-season finale is March 28 against Buffalo.