While at home in Des Moines Ryan Walters has his sights set on St. Paul 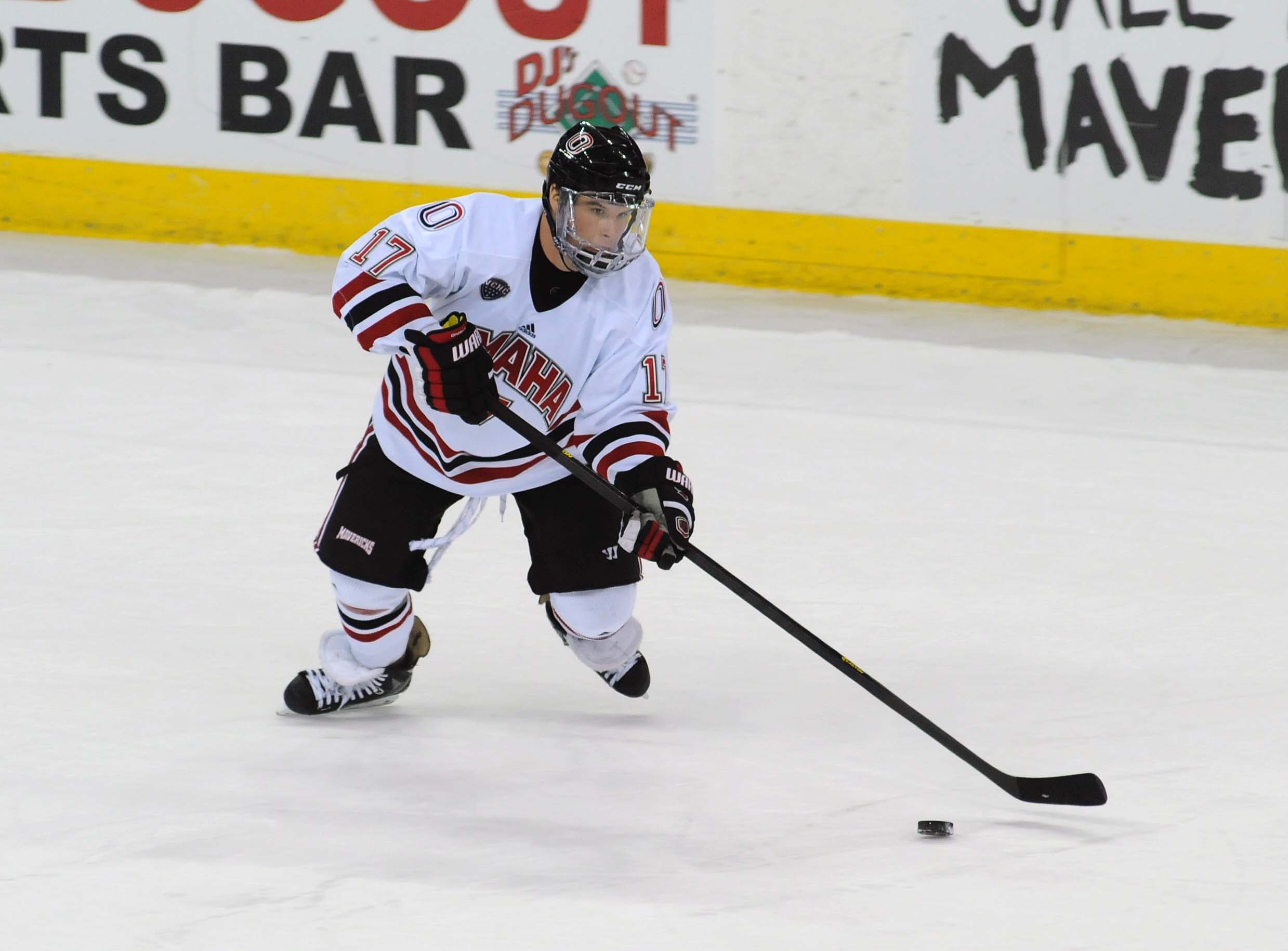 While at home in Des Moines Ryan Walters has his sights set on St. Paul

DES MOINES – Four years removed from a starring role with the Des Moines Buccaneers of the United States Hockey League, Rosemount, Minn. native Ryan Walters has returned to Des Moines to play for the Iowa Wild of the American Hockey League as a member of the Minnesota Wild organization.

The former University of Nebraska-Omaha star, and Hobey Baker Award candidate joins the Wild this season after playing 11 games with the Bridgeport Sound Tigers of the AHL last year where he tallied three points (one goal, two assists) and a minus-7 rating.

“Well it’s always nice to play for your hometown,” Walters said. “All your friends go to the games and watch and they hear the news and they’re all excited for you and so it was a good feeling, and also since all summer I really didn’t know where I was going to end up, I couldn’t have asked for a better opportunity than to stay home and stay close and get things rolling.”

The 23-year-old forward said that having previously lived in Des Moines has made both the transition to the Wild and coming back to Des Moines easier.

“It only took me about 10 minutes to drive around and then all the streets started coming back to me and knowing my whereabouts and different landmarks and things like that,” Walters said. “And plus with my billet family down here it’s nice to see them and go out to dinner with them every once in a while, it just makes it a pretty good time I guess.

“It’s close to home which is really nice,” Walters said. “My parents, I know, enjoy coming to games so it should make for an easy trip for them, and just knowing the city and being here previously, it’s made the transition easier.”

The Wild played their first NHL game in 2000, but even before that Walters and his father got to go to the Xcel Energy Center during its construction where they met Gordie Howe and stood next to the Stanley Cup. Walters said he has been to “a handful of games” in St. Paul ever since.

Walters recalled a game when a friend and high school classmate, who was a family friend of former Minnesota Wild goaltender Dwayne Roloson, got tickets for them to go into the locker room after a game, meet some of the players and were shown around.

At UNO, Walters showed strong progression between his freshman and junior years tallying 23 points (11 goals, 12 assists) his freshman year and 25 points (10 goals, 15 assists) his sophomore year before breaking out for 52 points (22 goals, 30 assists) as a junior. Walters’ senior season, however, saw a decline in his production as he tallied just 34 points including just seven goals, the lowest season output of any of his four years as a Maverick.

“Ryan had a little bit of a tough year last year compared to being the returning leading scorer his senior year,” said Dean Blais, Walters’ coach at UNO. “So he was expecting All-American, Hobey Baker-type stats because he’s always been a goal scorer. Josh Archibald was our player last year that scored the big goals and signed with Pittsburgh, whereas Ryan got a little bit of a wakeup call for whatever reason.

“Obviously, he’s been a good hockey player and he’s had to prove it a little bit this year to get that contract with the Wild.”

Walters scored his first goal in an Iowa Wild sweater in a preseason game against the Chicago Wolves on Oct. 1 at Wells Fargo Arena in Des Moines, a game the Wild won 7-4.

Iowa Wild coach Kurt Kleinendorst said Walters has had a “knack for scoring” so far this preseason.

“He’s got a nice touch with the puck, he’s a very intelligent player,” Kleinendorst said. “The one thing that we’ll have to find out, that we will find out as we move forward is the pace of the game and is he able to play the game with pace. Can he survive in a game that is fast and for the most part furious because he does a lot of things well.”

Kleinendorst said that the things Walters will have to work on are his strength and his skating, foot speed and quickness.

Despite his down year with UNO as a senior, Blais thinks Walters could get back to scoring big-time goals for the Iowa Wild and eventually find himself in a Minnesota Wild jersey.

“In juniors he led Des Moines (USHL) in scoring, he led us in scoring, so it doesn’t surprise me that he might make the Wild,” Blais said. “He might go to Iowa starting out but I think, as the year goes, he’s going to score big goals. He might be Iowa’s leading scorer and eventually end up in the [Minnesota] Wild jersey.”

Walters said it’s exciting to have the potential for his next step be to play for his hometown team, the team he went to watch play when he was a kid.

“Playing in front of your hometown fans, it’s something you always think about growing up as a kid,” Walters said. “It’s one of your goals and now that it’s actually here and could happen, it’s really nice.”