State tournament sequel not about revenge for Lakeville North 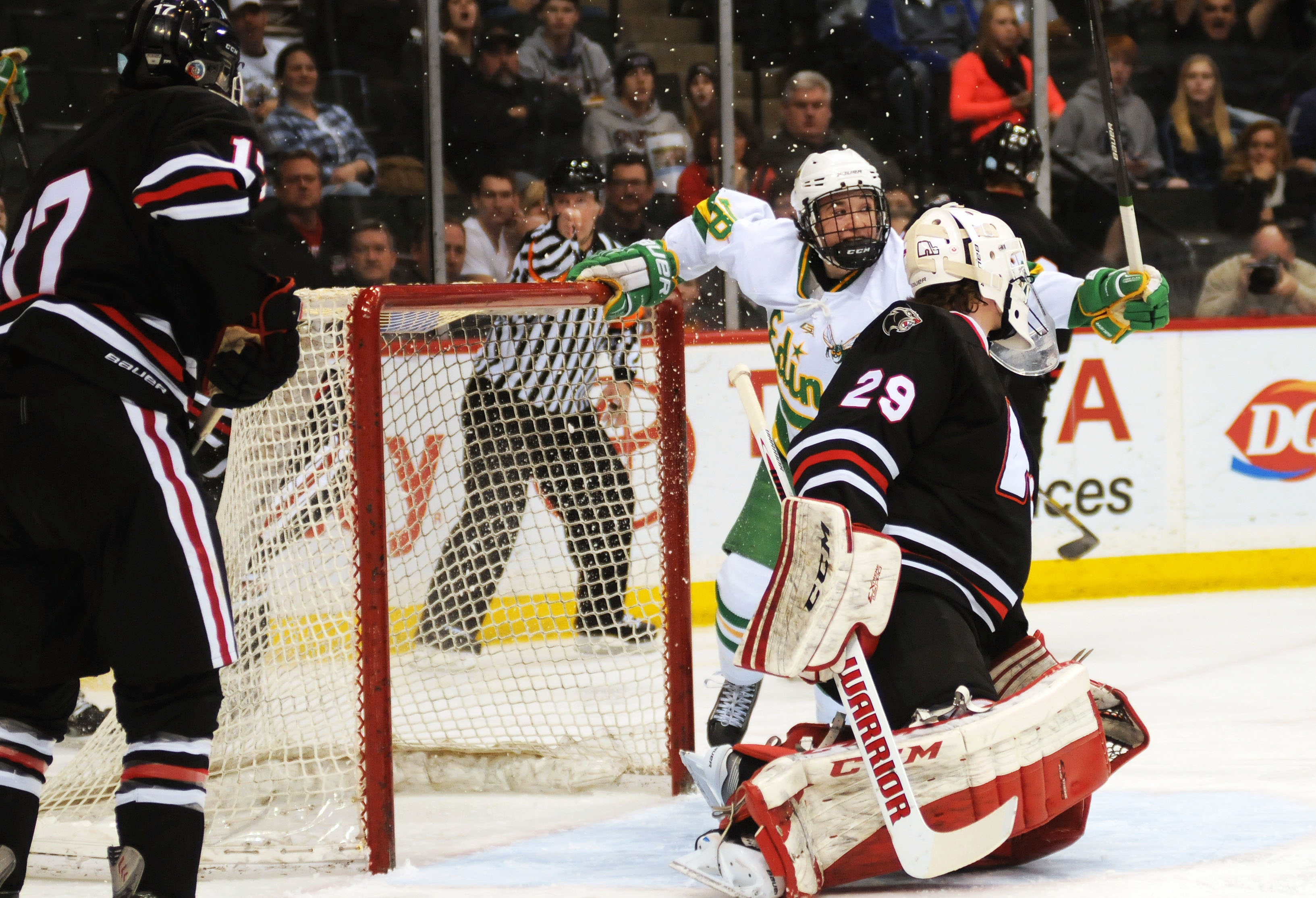 State tournament sequel not about revenge for Lakeville North

Ever since the Lakeville North Panthers fell to the Edina Hornets 8-2 in the state final last March, that second place finish has been in the back of their minds as they prepared for this season.

Although the Panthers have a shot at retribution Thursday, they don’t see the game as redemption as much as an important step to their ultimate goal of a state championship.

“We’re playing for this year’s team, not last year’s,” right wing Henry Enebak said. “Of course, all the guys who played in that game last year are going to make this game a little more personal, but it’s a new season and a new beginning.”

Edina and Lakeville North will face off in Lakeville at a hostile Ames Arena Thursday night. While the atmosphere won’t be that of the state championship at the Xcel Energy Center, the level of organized chaos may be similar as the state’s two top-ranked teams play each other.

Lakeville North Activities Director Russ Reetz expects turnout to be much higher than the arena accommodates.

“I talked with the operator and they’re not going to allow more than 800 people into the arena,” Reetz said.

The capacity crowd and the presence of approximately 20 NHL and college scouts reflect the talent level that will be on the ice Thursday.

One player scouts and fans are particularly interested in is new Lakeville North goaltender, Ryan Edquist. The last time these two teams played, Edquist experienced the game from his couch. But Thursday, he will experience the game from the crease.

“[I’m just looking forward to] being out there with the boys in a big game going for the win together,” Edquist said of his Ames Arena debut.

Edquist and the Panther defense will be tasked with stopping an Edina team that has outscored its opponents 36-6 in the first five games of the season.

“They’ve always had great skill and great depth,” senior defensemen Jack Sadek said. “All three lines will come at you.”

The state championship game last March got out of hand quickly for the Panthers. A tie game in the first nine minutes of the period then became a 3-2 lead by the Hornets. When Edina’s Miquel Fidler scored his second goal with 5:36 into the second period, the Panthers wouldn’t answer for the rest of the state final.

In order to prevent Edina from taking control early at Ames Arena, the best defense for the Panthers may be a strong offensive attack.

“We need to get pucks deep, make them defend us,” Sadek said. “We need to take away their time and space, and we will try to get on the board early and often.”

After a state final game in which Edina succeeded in making Lakeville North a team of individuals, the Panthers know they can’t let that happen Thursday night.

“All of the boys and myself should be focused and working with each other because it’s not a individual sport, it’s a team so it will take everyone going 100 percent,” junior Max Johnson said.

While a win over Edina would be a big step for the Panthers, the game ultimately provides this team an opportunity to grow stronger as they continue their journey to the Xcel.

“Any win against Edina is a great win, but our main focus is to improve every game,” Sadek said. “We want to be playing our best hockey come playoff time.”