Hornets To Shoot For Three 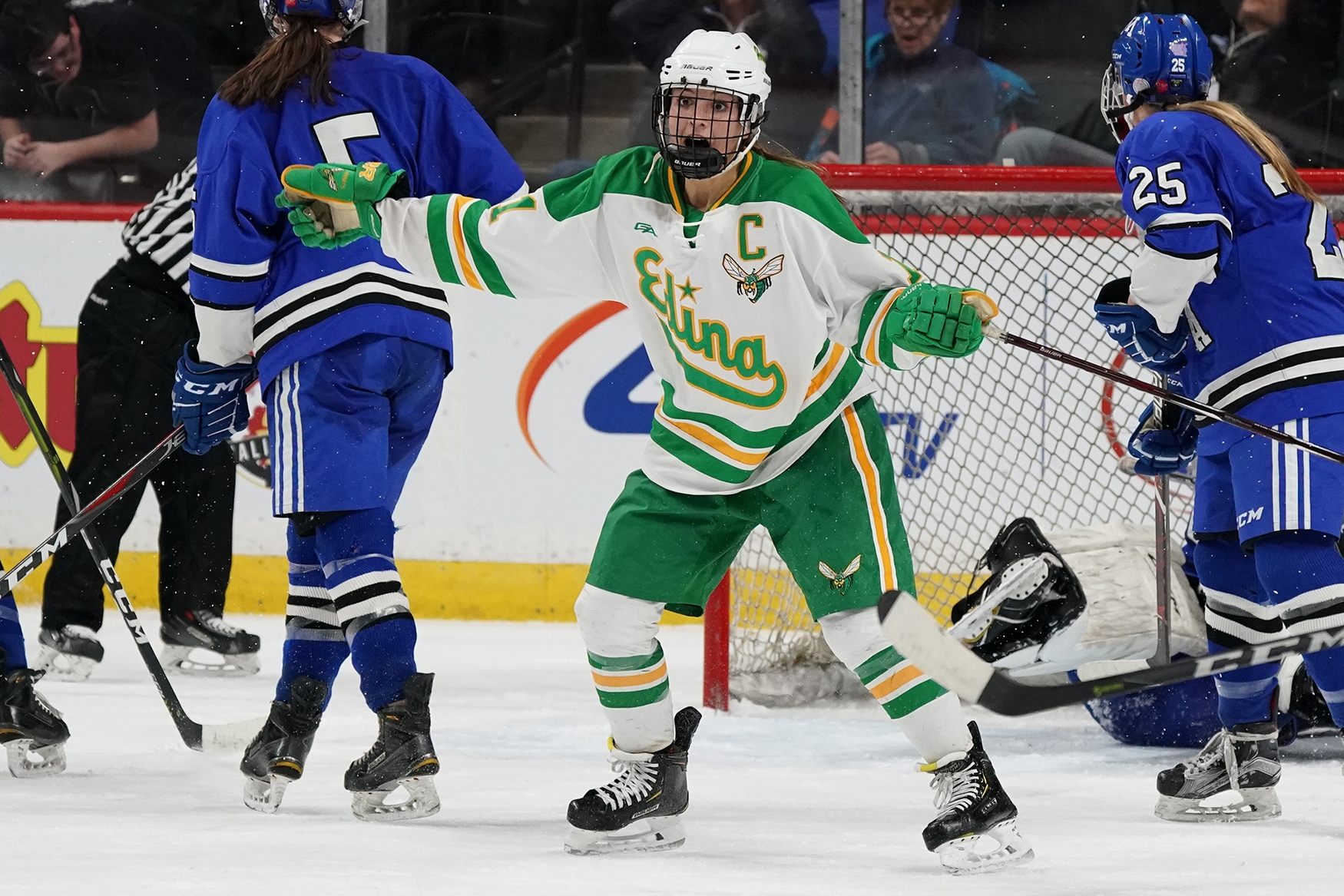 Defense Propels Edina To Third Straight Championship Game  In their previous encounter on January 26th, Edina and Minnetonka ended up having a 5-4 shootout with the Hornets coming out on top. Friday night in the Class AA semifinal, that nine-goal game was a distant memory.  Edina held Minnetonka to just two shots on goal in the final two periods, including none in the second, while needing a goal with 38 seconds left to secure a 2-1 win and giving them a chance at a three-peat Saturday evening against Brainerd.  “We eliminated their shots, our gaps from our defense were good, our forwards weren’t trying to be cute in the D zone,” said Edina coach Sami Reber on her team’s defensive play in the hockey game. Reber’s opposite number, Minnetonka coach Eric Johnson, also paid respect to the Edina defense after the game. “They took care of the puck. Got the puck in deep. Made it hard for us to break out and get through the neutral zone,” Johnson said.  Reber also added that the suffocating defensive play was not the initial game plan, but once it became apparent that the game was headed that way the team decided to dominate the play defensively before anything else.   But while the Hornet defense was suffocating in this hockey game, Edina hung onto a 1-0 lead for most of the game as they could not get another puck by Skippers goaltender Brynn Dulac who made big save after big save to 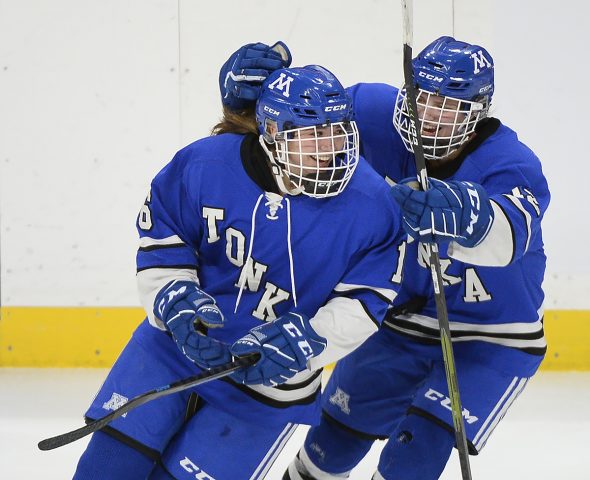 Minnetonka’s Josie Helling is all smiles after scoring her first ever varsity goal which tied the Skippers state tournament semifinal game with Edina at 1-1 late in the third period on Friday night at Xcel Energy Center. (MHM Photo / Tim Kolehmainen-Breakdown Sports USA)

just give Minnetonka a chance to tie it up.  While Dulac – who finished the game with 24 saves in total – was making save after save, Minnetonka was able to tie up the game with 4:14 to play in the third as Josie Helling scored her first ever varsity goal – on a well-placed top-shelf backhander – to put the game and chance at a three-peat in doubt for Edina.  Helling called the goal the highlight of her career as she reflected postgame.   “[We were] frustrated for a second,” said Edina’s Annie Kuehl on Minnetonka’s tying goal. “If anything, it motivated us as we dominated the end of the period.”  As Kuehl said, Edina snuffed out any attack from Minnetonka after the goal through the end of the game. That strong defense allowed her to score the game winner with 38 seconds left and send Edina on to the final.   “It was a fun goal,” Kuehl said postgame.  The Skippers made a late push with the goalie pulled, but it was not enough to break through the solid Edina defense.   With sights on a third straight title, Reber wanted to see a few more goals in Saturday’s Championship against Brainerd, which got an impressive performance from their goaltender Friday night as well. “I would like us to generate some more offense in the game tomorrow,” she said. “We really thrive on our offensive skill.”