Housley gets call from the Hall 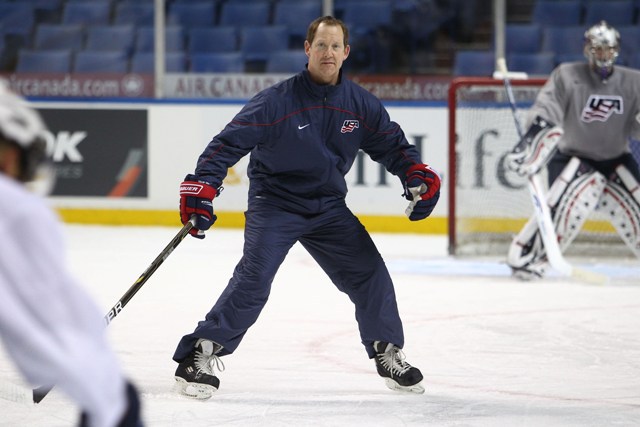 The Hockey Hall of Fame announced today that South St. Paul native Phil Housley will be among its class of 2015 inductees.

After starring at South St. Paul High School, Housley was selected by the Buffalo Sabres in the first round (No. 6 overall) of the 1982 NHL Draft. The 18-year-old defenseman so impressed Scotty Bowman, the Sabres Coach/GM at the time, Housley made the team the following Fall and was named to the 1983 NHL All-Rookie team.

He never spent a day in the minors in a career spanning 21 seasons and nearly 1500 games with eight teams. The seven-time All-Star’s 1,232 points(338 goals and 894 assists) were the most ever registered by a U.S. born player at the time of his retirement in 2003. Former Minnesota North Star and Dallas Star Mike Modano eclipsed that mark in 2007.

Housley won gold as a member of Team USA in the 1996 World Cup of Hockey and was an Olympic silver medalist in 2002 playing under coach Herb Brooks in Salt Lake City. He most recently made his mark internationally when he led Team USA to gold as Head Coach of the U.S. National junior team in the 2013 World Junior Championships in Ufa, Russia.

After eight years behind the bench guiding Stillwater High School’s boys team, Housley has spent the past two season as an assistant coach with the Nashville Predators, first under Barry Trotz and now under Peter Laviolette.