Top-Ranked Huskies Blast Through First Half 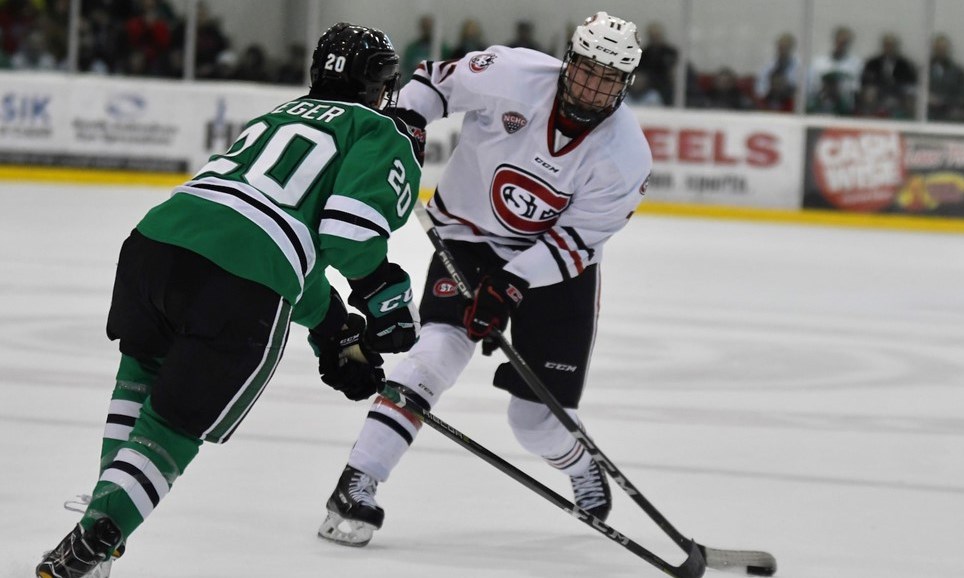 Based on how poorly things turned out for St. Cloud State by the end of the 2016-17 season, the confidence that its players spoke with in September must’ve stemmed from something other than the previous season’s win count.

That optimism was founded on a belief that another year of maturation would highly benefit a young group. That positivity was proven to be well within reason as the Huskies sit atop the nation in the PairWise Rankings (as of Dec. 14), the USCHO.com Poll and in the NCHC standings as well heading into the three-week holiday break.

“We went through the fire last year. It’s our turn to rise up,” said junior left wing Robby Jackson. “We lost a lot of overtime games and couldn’t close out when we had leads. We knew we had the talent and it was all right there.

“We knew we were going to be good this year.”

SCSU was swept out of the first round of the NCHC Playoffs last season and the Huskies finished below .500 (16-19-1) for just the third time since 1999.

But it’s almost seems as though last season was nothing more than a fluke – a hiccup for a team that was within, at most, one win from the Frozen Four each year from 2013-16.

The first-ranked Huskies have the look of a team that will again be in the conversation as a national title contender this March after a 12-2-1 first half to the season.

And what better of a way to put an exclamation point on the first half than with a 3-1 victory against North Dakota, a team SCSU was tied with for first place in the NCHC going into the Dec 9 series finale.

“We’ve really done a good job of just focusing on the hockey and the only time we got caught up in the rankings was when we were No. 1,” Jackson said in regard when SCSU took its No. 1 rank into a series at Denver and got swept.

“We had a sloppy week of practice and we walked around campus with our heads up high. There was just way too much overconfidence. Denver took it to us and that was our reality check.”

Those losses to the defending-champion Pioneers are the Huskies’ only losses of the season. 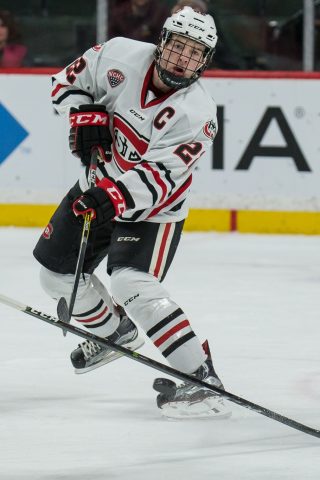 Jackson leads the Huskies in goals with seven – one of them in the win against North Dakota – is second on the team in points with 17. Junior defenseman Jimmy Schuldt’s 19 points lead the team and he also has the team led in assists (14). Schuldt leads the nation’s defensemen in points scored per game with 1.27.

But the numbers that truly show a night-and-day difference between this season and last is in the goaltending category.

Freshman David Hrenak’s goaltending stats are some of the best in the country with his .947 save percentage (second best) and 1.82 goals against average (fourth).

“We can really interchange them any night,” Jackson said. “We have full confidence in our goalies and it’s comforting to know that we can count on them to save our bacon if we need them to.”

Goaltending was a question mark for the Huskies at the beginning of last season with All-American goalie Charlie Lindgren signing a pro contract after the 2016 NCAA Tournament.

Though Smith emerged as the starter with an improved second half of the season, SCSU missed having a seasoned goalie in net.

As the Huskies completed finals week for the fall semester, their coach headed out to Buffalo, N.Y. to serve as Team USA’s head coach at the IIHF U20 World Junior Championships for the second year in a row. 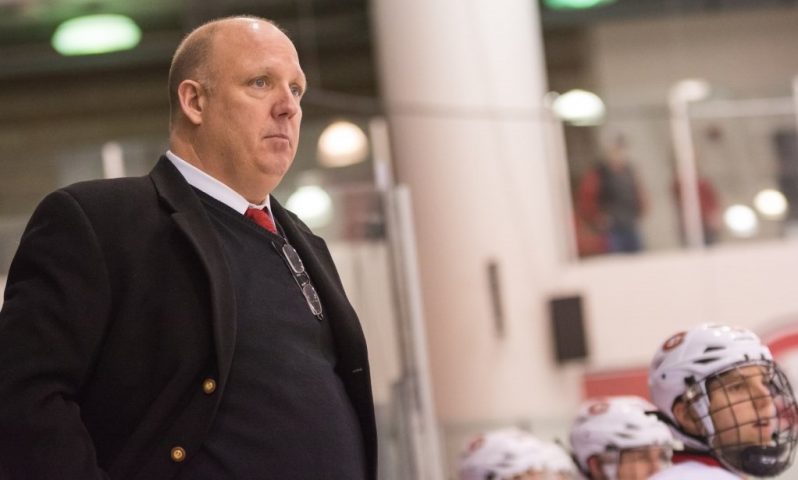 Motzko coached Team USA in 2017 and served as one of Don Lucia’s assistants in 2014 and the United States beat Canada in the gold medal game of last year’s tournament with SCSU defenseman Jack Ahcan a member of the team.

Motzko said assistants Garrett Raboin and Mike Gibbons will act as co-head coaches during Motzko’s absence when the team opens the second half of its season Dec. 29-30 at Princeton.

Jackson’s linemate sophomore center Ryan Poehling earned a spot on the preliminary Team USA roster, making this roster the third consecutive with an SCSU player on it (Will Borgen, 2016 and Ahcan) and he’d be the ninth Husky to make the final roster.

Of course, Poehling understands he needs to make a good impression on Motzko and the USA Hockey staff. He’s one of 15 forwards and two will be cut for the final roster .

“I thought I was able to show what kind of player I am (during the World Juniors Showcase this summer) I feel like I had a really good first half for St. Cloud,” said Poehling, who along with Motzko, left for tryout camp in Columbus, Ohio on Dec. 14. “I’m absolutely honored to be invited to the tryout, but I also believe I’ve earned it.”

Poehling has four goals and 11 assists through 14 games this season and helped the Americans win the U18 World Championships in April in Slovakia.

Hrenak has made the preliminary roster for Slovakia and former SCSU defenseman Dennis Cholowski, who left the Huskies to play major-junior hockey this season, made Canada’s camp roster but was cut Dec. 14.

Should Team USA make the medal round on Friday, Jan. 5, Motzko and Poehling would have less than 24 hours to return to St. Cloud and prepare to take on the Gophers the next night at the Herb Brooks National Hockey Center, followed by a road game on Jan. 7 at Mariucci.

While the hockey world puts its focus on Buffalo later this month, Motzko said he plans to have more contact with his players back in St. Cloud this year than he did when the tournament took place in Montreal and Toronto.

“I’ll check in more this year, almost on a daily basis just to see how we’re doing,” Motzko said. “I don’t need to, but it might make me feel better. The players will handle it.”