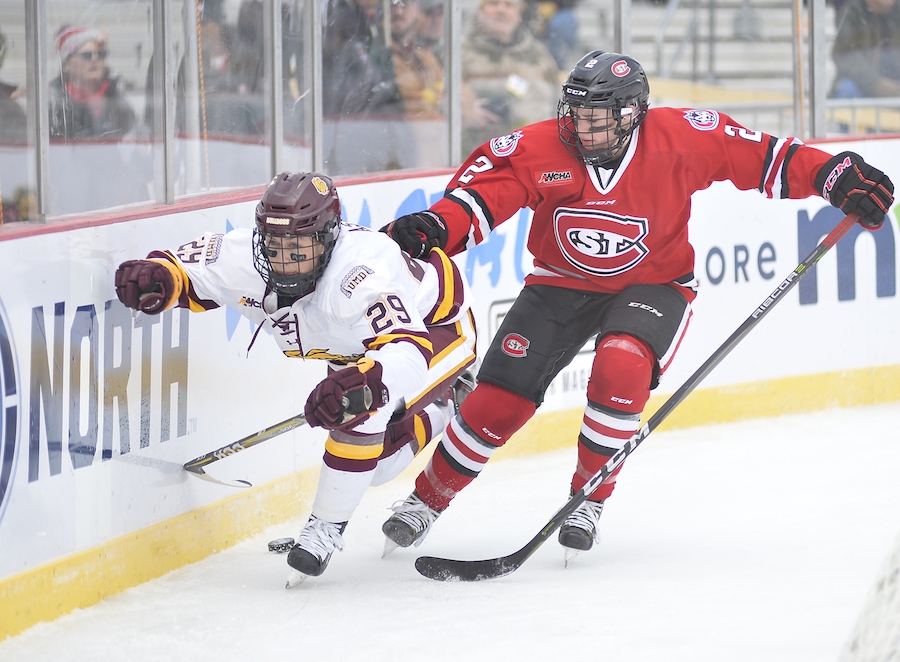 St. Cloud — The St. Cloud State Huskies and the University of Minnesota Duluth women’s hockey teams enjoyed the great outdoors so much they didn’t want to leave. Sixty minutes plus overtime wasn’t enough to decide the Hockey Day Minnesota encounter, with the game not decided until the sixth round of the shootout.

SCSU captain Brittney Anderson’s goal turned out to be the game winner after Huskies’ goaltender Janine Alder stopped UMD’s Sydney Brodt to seal the 2-1 victory for the hosts on Saturday afternoon along the frozen shores of Lake George.

“You know, I always tell myself not to do it ‘cause it doesn’t work,” Anderson said. “But I always go to that so yes, I’d say that’s my go-to move. I’ll change it [now].” 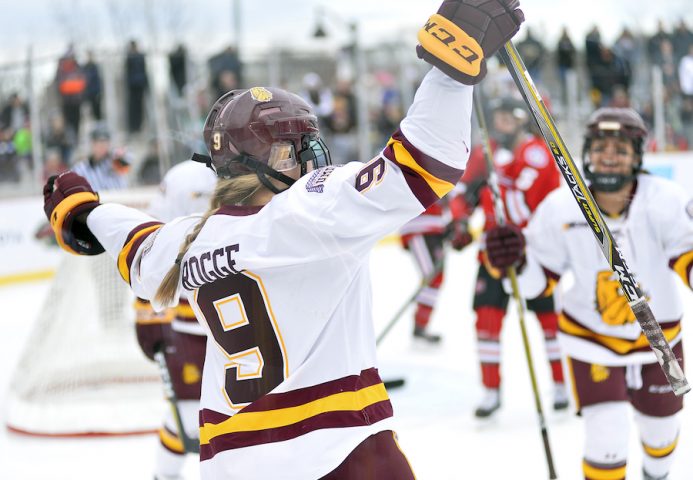 “For our athletes it was truly a special moment,” Rud said. “We don’t get this kind of fanfare a lot and media coverage and all that. I was very proud of the way they came focused and ready to go. We were able to enjoy the experience and still play well at the same time so it was really fun.”

Sophomore Hallie Theodosopoulos opened the scoring for St. Cloud at the 4:42 mark of the first period and the Huskies held that lead heading into the first intermission.

However the Bulldogs’ offense came out firing in the second period, racking up 19 shots and eventually Naomi Rogge netted an equalizer at the 11:00 mark. After forty minutes of play, UMD chalked up 30 shots on net to just 12 by SCSU.

Rogge said after the game that the excitement of playing on Hockey Day reminded her of her youth.

“It was kind of indescribable” Rogge said. “You know you’ve always kind of dreamed of being to be able to be in Hockey Day and being able to get a goal to get our team back even. It was pretty exciting.”