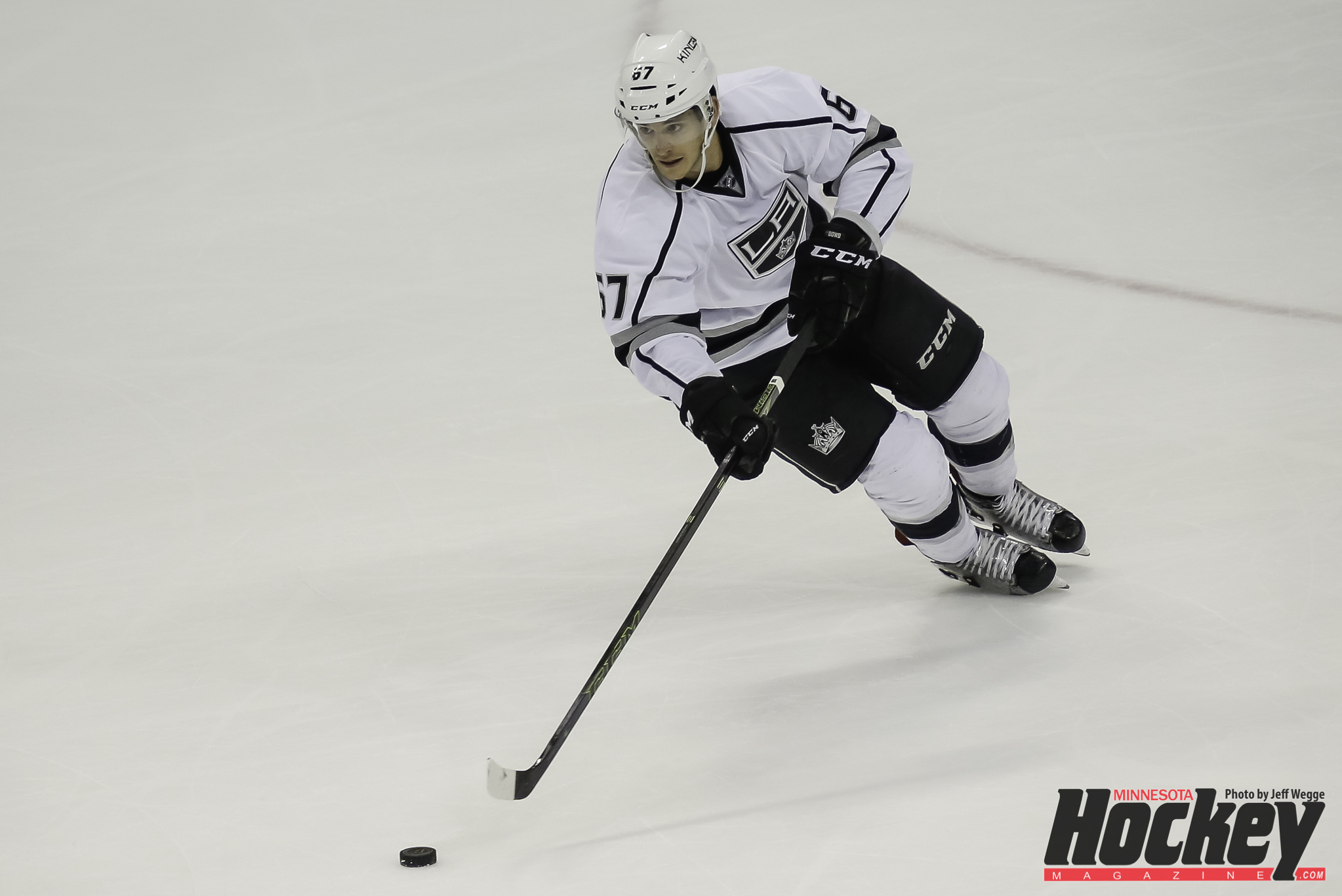 The 6-foot-2 former St. Cloud State star winger got his first NHL action for the Los Angeles Kings in their 2-1 loss to the Wild Tuesday night, calling it “a dream come true.”

Dowd, 25, collected 13 goals and 48 points in 57 games for the Ontario Reign of the American Hockey League, earning him a spot in the Kings’ lineup because of injuries to Marian Gaborik, Tanner Pearson and Kris Versteeg.

“My whole family was here, so it was great,” he said. “Disappointing we didn’t come out with a win, but yeah, it’s been a long road. It was great to play in the first one.”

The smile widened on Dowd’s face when someone asked him if it felt appropriate to make his debut at the Xcel Energy Center because the Huskies will play in the NCAA West Regional this weekend at the X.

“I was pretty excited knowing I was going to debut in Minnesota,” the native of Huntsville, Ala., said. “The state means a lot to me. The culture here is awesome, and going to St. Cloud, we had a lot of people in the stands that I wouldn’t be here without them.”

“Half a dozen important people in my life, and I’m sure there were a lot more than that,” he said. 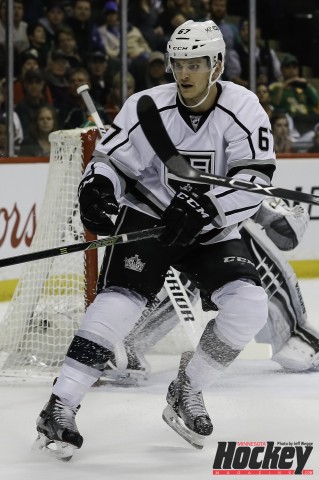 In four seasons with the Huskies, Dowd totaled 52 goals and 69 assists in 155 games, but picked up 39 points in 42 games as a junior and 40 points in 38 games as a senior, when he was a candidate for the Hobey Baker Award.

Dowd was strong on the puck all evening for the Kings, who outshot Minnesota 39-18 but were unable to solve goaltender Devan Dubnyk as the Wild climbed back into eighth place in the NHL West.

Dubnyk had to be especially good with 3 ½ minutes left in the third period when the puck came Dowd’s way with teammate Nick Shore in front and Jake Muzzin closing in from the left point.

“I tried to bump it back to Shorsie. I missed it,” Dowd said. “Got a piece of it and it ended up working out and going to Muzz. He (Dubnyk) made a good save. A tough break.”

Dubnyk actually steered the puck wide after Dowd deflected it, then had to dive to cover the corner of the net when Muzzin tried to pot the rebound.

The night began on a strange note for Dowd, who took a stick to the chops from former University of Minnesota opponent Erik Haula on his first shift. Dowd played 2 minutes, 48 seconds in the first period, 4:05 in the second period and 5:22 in the third, finishing with two shot attempts, one hit and one giveaway.

He spent much of the game on a line with Kings leading goal-scorer Tyler Toffoli and Dwight King.

“I felt really good,” Dowd said. “I think the adrenalin really kicked in. I was fortunate my first shift was in the O-zone, and I happened to take a high stick. The game went from there. I think I was lucky I got to play with Toff and King all night – two pretty good players.”

“He was solid,” Kings coach Darryl Sutter said. “You get called up, you get to play.”

Dowd says he has no idea how long he will stay in the NHL, but he enjoyed his first taste.

Asked what’s next, he smiled and said, “Just continue to take what’s given to me and work from there.”