If the Shoe Fits …

Sammy Walker’s play is in step with linemates Boldy, Gaudreau 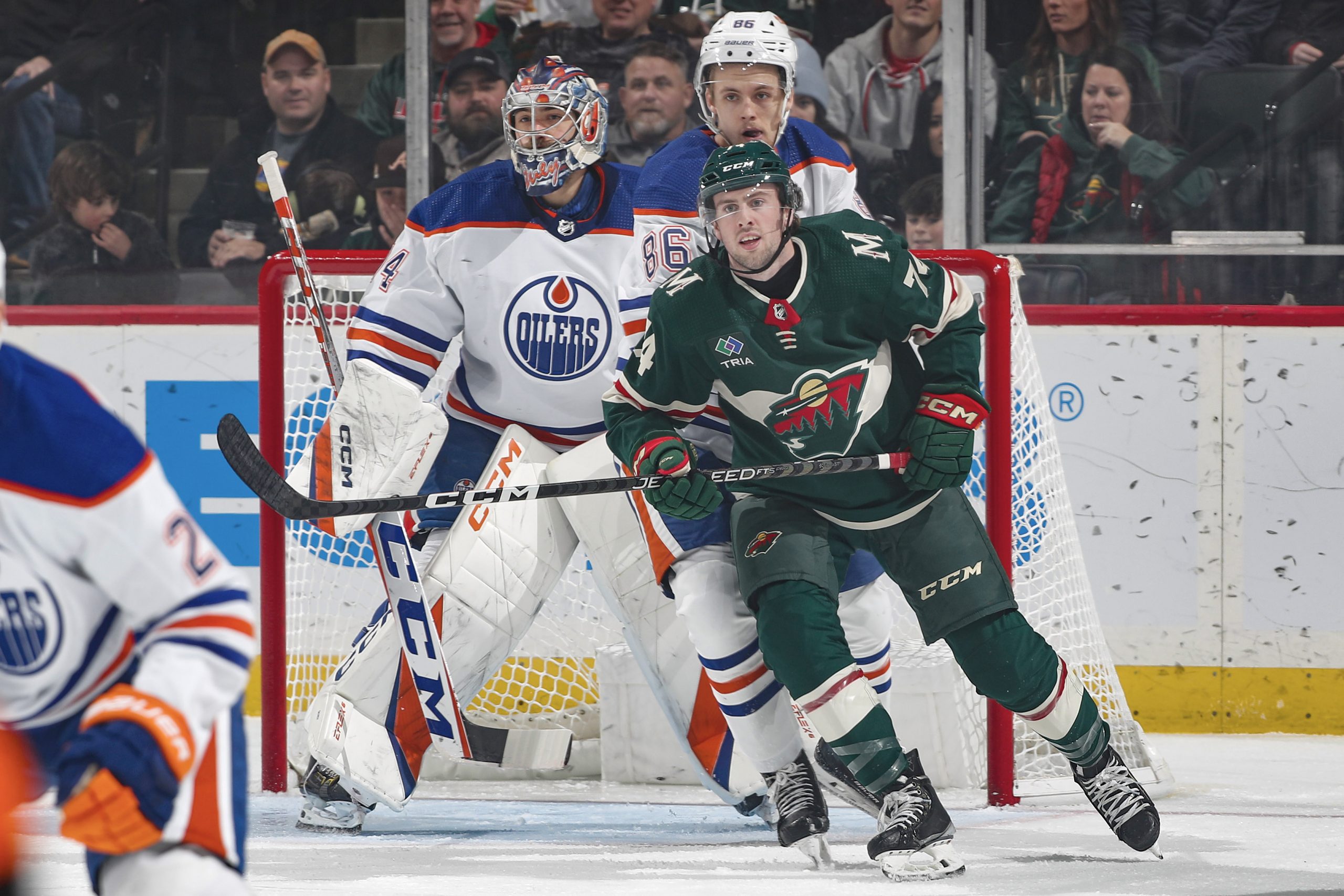 The fact Matt Boldy spent the first portion of this season in the same predicament Kevin Fiala had endured was impossible to ignore.

As skilled as Fiala might have been, finding the right linemate to complement his sniper-like scoring touch was a longtime issue. That was finally resolved last January when Boldy was called up by the Wild and paired with Fiala and center Frederick Gaudreau. Boldy’s hockey sense, toughness and skill proved to be the perfect complement to Fiala.

Fiala had 26 goals and 62 points in 49 games from mid-January on, and Boldy had 15 goals and 39 points in 47 games. The Wild’s salary-cap crunch resulted in them trading Fiala to the Los Angeles Kings in the offseason, creating the question of who would replace him in playing with Boldy?

During the midst of the Wild’s seven-game homestand that ran from late November into early December, an observation was made that Boldy’s talents weren’t being maximized playing on a line with Gaudreau and journeyman winger Nic Petan. Boldy isn’t a superstar talent — a designation reserved for a guy like Kirill Kaprizov — but he has star-level ability that made Petan a poor fit with him. Just as so many linemates hadn’t been a good match with Fiala.

Gaudreau, who is more of a grinder than a skill guy, is fine at center because he’s a solid two-way player. The Wild’s philosophy at that position is based on the feeling that unlike the NHL 30 years ago, the center no longer has to go up-and-down the ice and serve as a playmaker. Kaprizov and Mats Zuccarello, both wingers, have proven they are capable of setting up each other for scoring opportunities.

When Petan’s audition on the left wing came to an end, the Wild summoned former Gopher and Edina native Sammy Walker last week from Iowa of the AHL. Walker was leading AHL rookies in points (22) and tied for first in goals (11).

The first thing you noticed about Walker in his NHL debut on Saturday in Vancouver was his speed. The next was his comfort level in a league where many young players appear overwhelmed. The last was how comfortable Walker looked playing with Boldy. 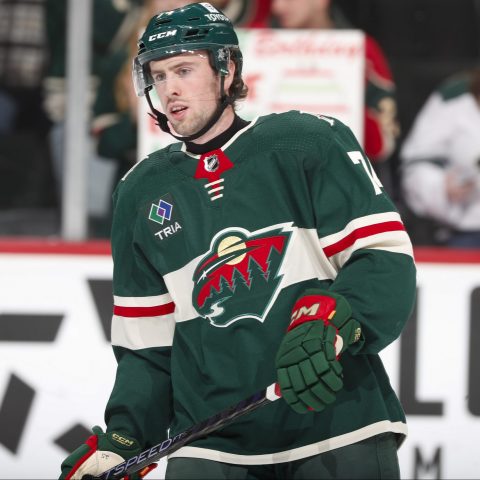 Wild forward Sammy Walker warms up prior to the game against the Edmonton Oilers at the Xcel Energy Center on December 12, 2022 in Saint Paul, Minnesota. (Photo courtesy of Minnesota Wild/Bruce Kluckhohn)

We are only two games into the Walker-Gaudreau-Boldy pairing, but the Wild have won both and that line has played an important role in the victories. Walker drew a penalty in a 3-0 win over the Canucks that led to the game-winning goal, and Boldy finished with six shots in an impressive performance. He also broke a five-game goalless streak by scoring on the power play that came after Walker drew a hooking penalty.

“I’m very impressed,” Gaudreau said of Walker’s play. “He’s coming in, he plays with so much speed and confidence. He’s fun to play with, he always has a smile on his face, he’s got great energy, so he’s a treat to play with and it’s fun to see.”

Walker had an even more impressive performance in his first NHL game on Monday at Xcel Energy Center, a 2-1 victory over the Edmonton Oilers. Boldy scored again, another power-play marker, but he also thrived playing with his linemates. Boldy set up the winning goal by Gaudreau in the second period. Walker originally got the second assist, but that was taken away in a scoring change. Nonetheless, he showed his speed could keep up with the high-flying Oilers and he looked solid in 9 minutes, 5 seconds of ice time.

“Sammy, we talk about his legs, but his maturity to hang onto pucks, that’s impressive,” Evason said. “Sure it’s good to be able to skate fast, but if you don’t carry the puck with you it’s not that appealing. He also uses (his speed) defensively, he’s tracking really hard back. … The speed is good but the maturity level in his game is even better.”

Walker, 23, arrives with maturity in part because he spent four seasons with the Gophers. A seventh-round pick of the Tampa Bay Lightning in 2017, Walker decided against signing with the team and instead joined the Wild as a free agent last August.

As well as Walker has fit in with Boldy and Gaudreau, there are questions about how long he will play on that line or even remain with the Wild? Forwards Ryan Hartman and Brandon Duhaime appear to be closing in on returns from injury and that will have an impact on the roster. Hartman has been out since late October, but scored a career-high 34 goals and 65 points last season while playing on the first line. Hartman also can play the wing and Evason likely will want to get him on one of the top two lines because the third line of Jordan Greeway, Joel Eriksson Ek and Marcus Foligno is the Wild’s most consistent trio.

Walker, to his credit, is making a strong case for not only remaining in Minnesota but staying alongside Boldy.

“He’s been fitting awesome,” Boldy said. “Tonight, I think he had a lot more confidence in his own game, just being a little bit more poised with the puck and making more plays. … He’s super smart, he knows how to get into certain spots to make easy plays, too. He’s just going to get better.”