In Pursuit of Precious Medal 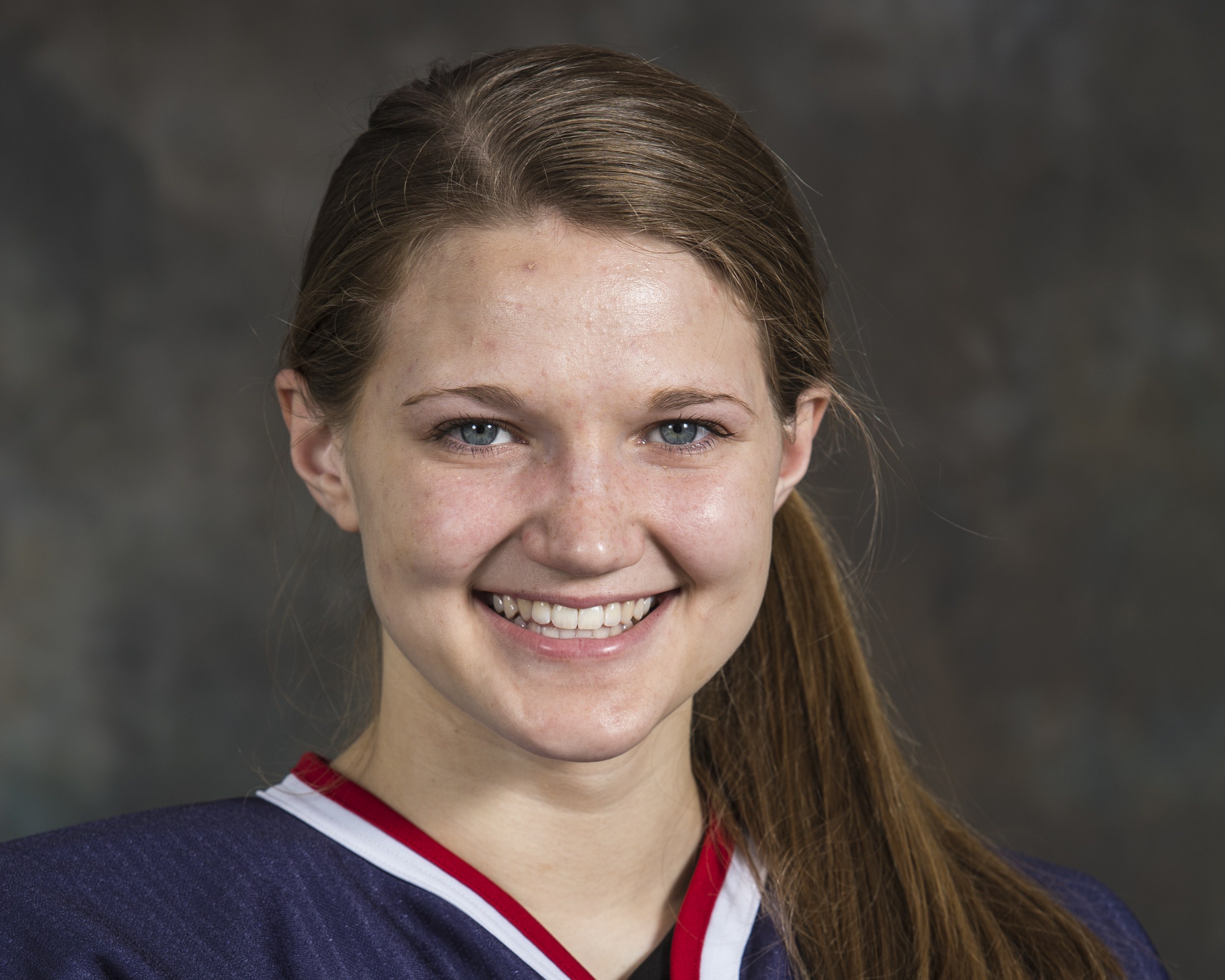 No stranger to winning, Gopher defenseman Stecklein sets her sights on Olympic gold. 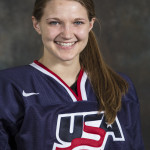 They’ve got a name for the winners in the world and right now it’s got to be Lee Stecklein. The latest in a long line of Roseville, Minn. youth and high school girls hockey standouts won herself a spot among the most elite players in women’s hockey following a grueling, week-long audition competing against the nation’s best in Lake Placid, N.Y.

The University of Minnesota defenseman was selected to the United States Women’s National Team—the precursor to the 2014 U.S. Women’s Olympic team—on June 24. She and four other former and current Gophers (Gigi Marvin, Amanda Kessel, Meagan Bozek, and Anne Schleper the others) were chosen to Team USA’s roster of 25 with an eye on sticking around after the team is trimmed to 21 for February’s 2014 Winter Olympic Games in Sochi, Russia.

“I’m just so, so excited and honored,” Stecklein said just hours after the announcement at a Lake Placid press conference. “I think the feelings will sink in more when it starts moving forward.

“This day has just been a whirlwind and I still can’t quite believe it.”

But the day was not without its bittersweet moments.

Upon hearing her name called, Stecklein immediately turned to fellow Gopher freshman teammate, Hannah Brandt, whose fate, by way of the alphabetical nature of the revelations, had long been determined. Despite a resume including a runner-up finish in the national scoring race with 82 points (33-49–82) in 2012-13, Brandt would not be donning the stars and stripes with Stecklein and her new teammates in the months to come.

Another current Gopher, Milica McMillen, as well as former Gophers Jan Schoullis and Sara Erickson did not make the cut. As Stecklein pointed out, however, the simple fact that the Gophers had nine representatives in the pool of 41 illustrates the strength of the program.

But after so many east metro battles with Brandt over the years, Stecklein will miss having her as a teammate this season.

“She was very happy for me,” Stecklein said of her former section playoff rival from nearby Hill-Murray. “But it was also very sad that we won’t get to be on the same team again next year.

“She had an incredible year but there were so many good players to choose from. The coaches definitely had hard decisions to make.”

The decisions Stecklein alludes to have the eventual sophomore-to-be representing her country for just the second time in her playing career. The first was as recent as this past April as a member of the U.S. Women’s National Team that captured the gold medal at the 2013 International Ice Hockey Federation Women’s World Championship in Ottawa, Ont.

Although Stecklein’s international career may be in its infancy, her championship career is not. The daughter of Rob and Linda Stecklein is no stranger to competing for and capturing hardware; at least not once it became a priority.

The Stecklein’s were not exactly the classic hockey family early on. Tennis was their game according to Lee, although she says her mother laments that hockey was not an option for her to play as a youth as she would have jumped at the chance.

But that all changed once Lee and her siblings, older sister Jill and younger brother Ross (who will play hockey for Saint John’s University this winter), began to play when Lee and her brother reached the mite/U8 age level. The family’s conversion to hockey gained momentum from there and, by middle school, Lee’s primary focus began to veer away from other sports like soccer as she turned her attention to hockey.

“I really started watching more hockey, and really getting into hockey,” Stecklein said. “That’s when it really became a dream to go to the Gophers and be in the Olympics.”

Stecklein won her first state title as a member of Roseville’s 14 and Under team which, at the time, was formed as a co-op with North St. Paul and Tartan’s programs. As a sophomore with Roseville’s high school team, Stecklein helped lead the Raiders to the Class AA championship and, after a section final loss to Brandt and Hill-Murray a year later, Stecklein guided the Raiders back to the title game as a senior where they fell to an obscenely good Minnetonka team.

A classic stay-at-home defenesman, Stecklein split time between forward and defense as a youth before moving to the blueline full time at the U14 level. She admits initially embracing the position for the abundance of backward skating it offers, but her reasons have since become more sophisticated.

“Just being able to see the everything develop in front of me, make the right passes and being under that sort of pressure,” Stecklein explained. “I’ve never had the knack for scoring but I love being able to stop the other team from scoring.”

Stecklein’s respectable 12 points (3-9–12) in 41 games as a Gopher freshman belies her statement to some degree but her plus/minus rating of plus-35 is to the point. Since stepping onto the ice for Minnesota last fall, Stecklein has yet to face the agony of defeat as the Gophers rolled through an undefeated season (41-0-0) in winning a second straight national championship and extending Minnesota’s overall winning streak to a record 49 games.

The national team will enter a residency program in early September and will primarily train at The Edge Sports Center in Bedford, Mass. The final 2014 U.S. Olympic Women’s Ice Hockey Team will be announced in late December.

As the third youngest member of the team, Stecklein is looking forward to playing with veterans such as Julie Chu, Marvin, and Kacey Bellamy.

“They’re great role models so I’m going to learn as much as I can from them on the ice and off,” Stecklein said. “So many of them have really helped the spread of women’s hockey and made it what it is today.

“The opportunity to play with them is so unreal.”

Somehow Lee Stecklein winning Olympic gold does not seem so unreal at all.