Wild are feeling the pain 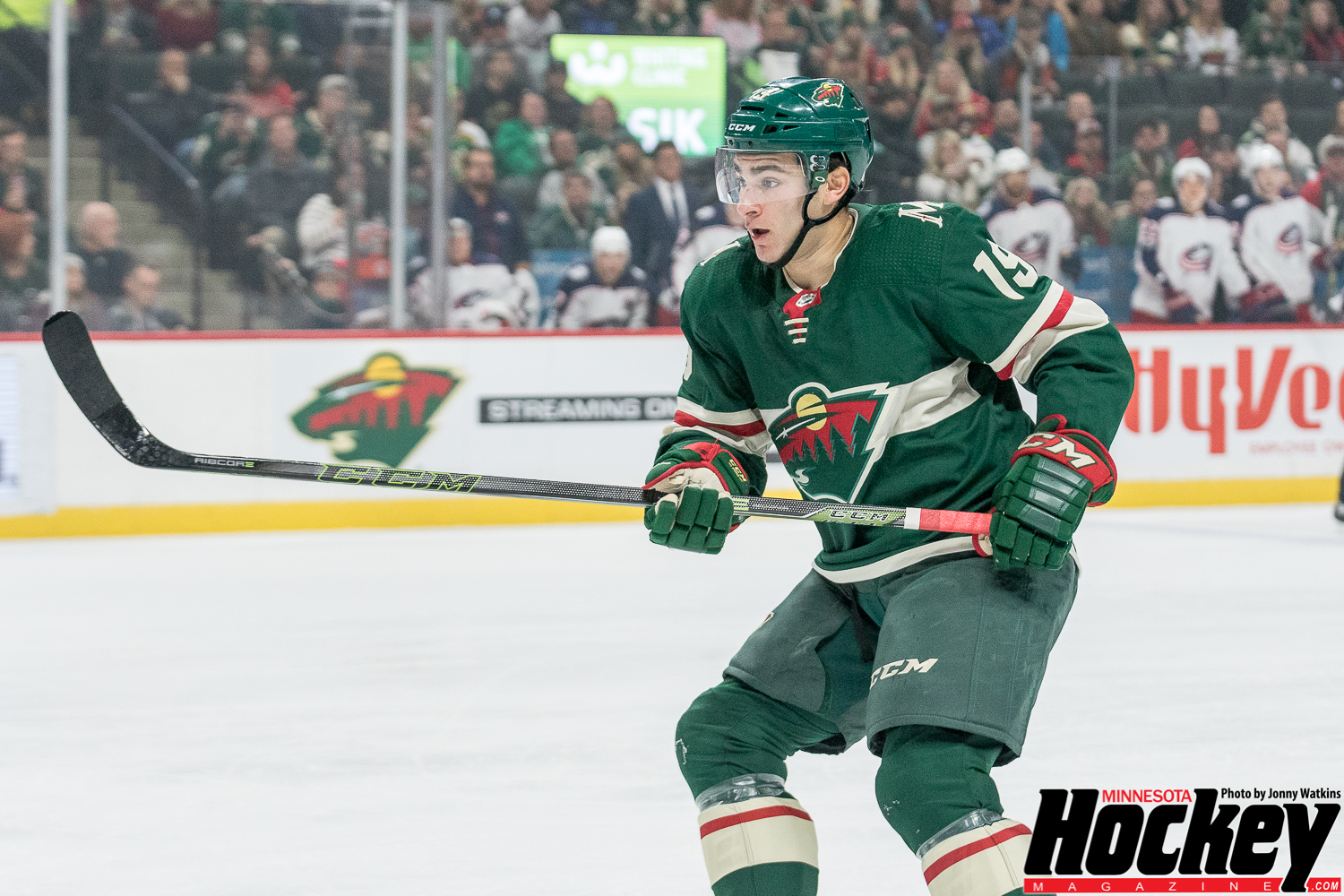 St. Paul – Experts tell us that injuries should not cripple a pro sports team.

Wild players and coach Bruce Boudreau — wincing a bit after dropping a 5-4 overtime decision to Columbus in Minnesota’s home opener Saturday — are trying valiantly to agree.

“We’re not looking for excuses,” captain Mikko Koivu said after the Wild lost a two-goal third-period lead and the game.

A fuming Boudreau attempted to shrug off the injuries that forced his team to call up four players from Iowa against the Jackets, noting that the youngsters were not the reason his team continued a trend of late-game opposition surges that he labeled “embarrassing.”

His face red, Boudreau pointed out: “All four games we’ve played so far, we’ve been tied or ahead in the third period, and we’ve only got one win to show for it.”

The Wild went with just three lines for most of the third period of Game 4, a game for which they were missing impact players Zach Parise, Mikael Granlund, Nino Niederreiter, Charlie Coyle and Marcus Foligno.

Well… maybe you could call it a stroke of luck that the Wild left the Xcel Energy Center Saturday anticipating an unusual five days off before the next puck drop at Winnipeg on Friday.

That may give the Wild time to integrate some or all of the newcomers — Luke Kunin, Landon Ferraro, Christoph Bertschy and Zack Mitchell were called up from Iowa to play against Columbus.

But shuffling more than a quarter of the lineup is no easy task and might be even harder at such an early stage of the season. In addition, even though the bizarre NHL schedule hands a unique stretch of extra time off to the Wild this week, Coyle and Niederreiter will nevertheless be sidelined for a long stretch, and possibly Granlund, too. Foligno and Parise might be ready for the game in Winnipeg, or they night not.

If they don’t play, someone else will.

“With a lot of new faces, it’s just about familiarity and getting comfortable with not thinking and just playing,” center Eric Staal said.

Losing 10 man-games to injuries in four games seems stunning; it’s a pace for 205 over the season. Last season, Minnesota lost 199 man-games and ranked 17th in the league, but 82 of those were because of a torn triceps suffered by fringe player Victor Bartley during training camp. Subtracting his 82 leaves 117, a number which would have ranked 28th out of 30 teams.

And the names behind this year’s 10 are significant.

Compare last season’s health to the horendous numbers of 429 man-games lost to injury or illness by the Wild in 2010-11 and 395 in 2011-12, and it’s no wonder they were able to hang around the top of the overall league standings for much of last season.

“We’ll deal with it,” Staal said. “A lot of teams do. We’ve got to play. We’ve got guys coming up that are going to fill some important roles.”

Tyler Ennis, who scored two power-play goals against the Blue Jackets, said the Wild just have to bear down.

“We’ve got a lot of banged-up guys, but everybody says it: It’s next man up,” Ennis said.

Kunin, a wing sent to Iowa to rack up ice time and learn the pro game in his first season since leaving the University of Wisconsin, made his NHL debut sooner than expected with one missed shot, one hit and some decent play in 13:53 of ice time.

“You never want guys to get hurt,” he said, “but that’s what the circumstance was and I was just happy to get the opportunity.”

“It’s one of the ways you can get back into the league or kind of get your chance,” noted winger Ferraro, who scored his first NHL goal since March 1, 2016. “You don’t like to see especially some of the injuries that they have here, but someone’s got to come in and play and you’ve just got to do your best.”

Guys going in and out of the lineup because of ailments is a painful fact of life in pro sports. So far, the Wild are handling the situation fairly well, posting a 1-1-2 record through four games. But no one questions the simple fact that they will be a considerably better team with Parise, Granlund, Niederreiter, Coyle and Foligno in the lineup.