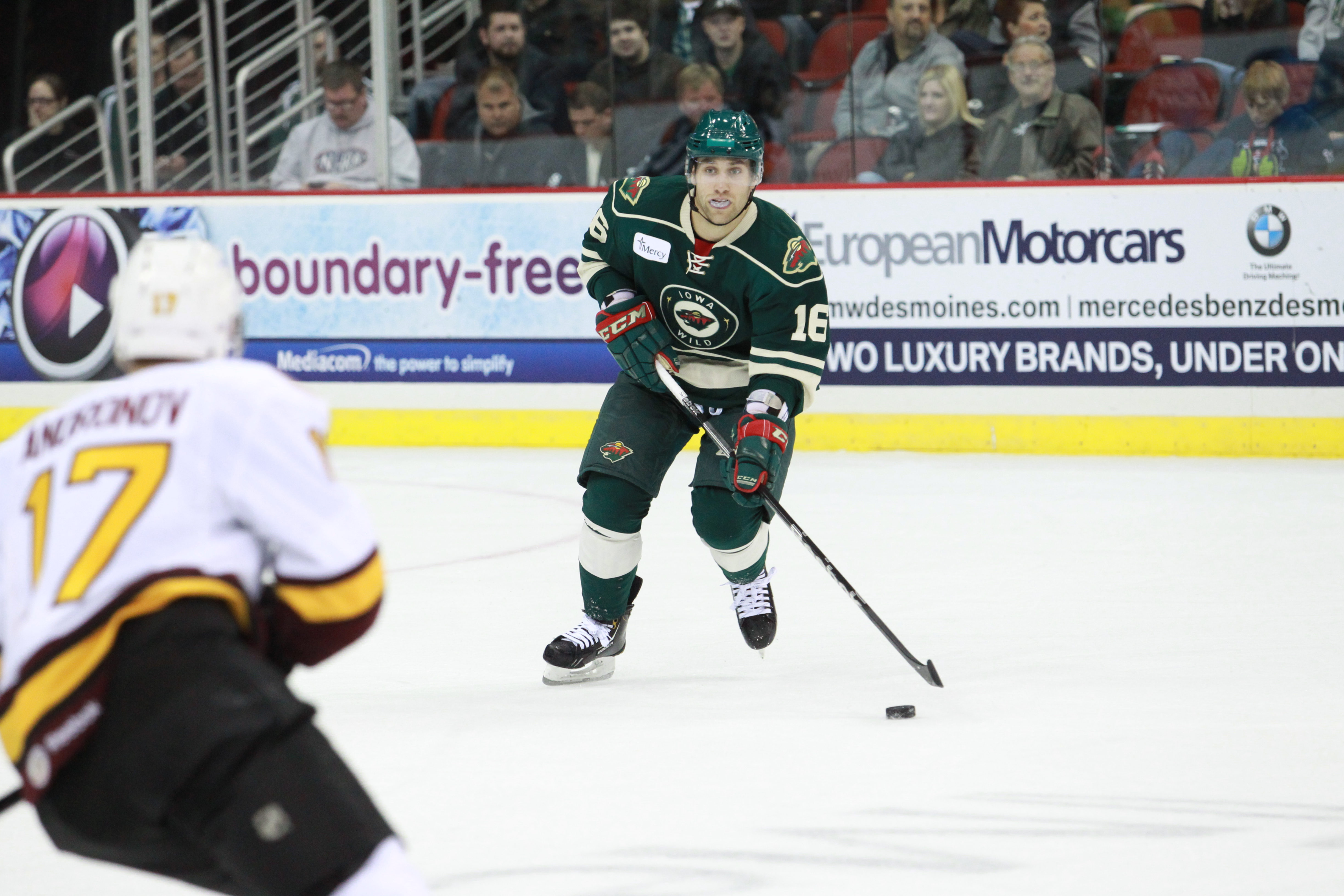 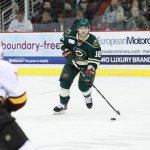 DES MOINES—Since the Houston Aeros moved to Des Moines and became the Iowa Wild this season, they have done just about everything to get a new fan base excited for professional hockey to be in the state of Iowa once again. One problem the Wild have so far this season, however, is that they are struggling to score goals, especially in front of the home crowd.

The Wild’s 37 goals for so far this season ranks 28th in the 30-team AHL, ahead of only Worcestrer (35 GF) and Utica (34 GF). In their most recent six-game home stand, the Wild only scored five goals, were shut out twice and went 0-6 over that stretch. The Wild have been shut out a total of three times this season so far, all at home.

In a recent game against Grand Rapids, the defending Calder Cup Champions, the Wild lost 2-1 despite out shooting the Griffins 32-22. Iowa’s only goal came with just 33 seconds left in the third period on a shot by Brett Bulmer and ended a six-period goal drought for the Wild at home.

After that loss, their fourth-straight, Wild head coach Kurt Kleinendorst talked about his team’s scoring struggles and how they are generating scoring opportunities.

“Generally you’re more concerned with generating,” said Kleinendorst. “If you’re not generating then you’ve got concerns. We’re creating, we’re just not finding a way to put the puck in the back of the net.”

Bulmer after that game said that he thinks they’ll be able to “battle” their way through the scoring drought.

“It’s just a part in the season, it happens,” Bulmer said. “I think you can look at any team in the NHL, they’re going to go through it as well. You battle through it and things will turn around.”

As far as scoring chances go, Wild forward Jason Zucker, who is currently playing with the parent club, the Minnesota Wild, is second on the team in shots on goal with 36 despite playing just 12 games with Iowa. Zucker seems to frequently be in good position to score and get shots on net and has eight points (4 goals, 4 assists) this season to show for it.

“I give a lot of credit to (Erik) Haula, (Taylor) Matson and (Chad) Rau and whoever else I was playing with to get me the puck and things like that and, for me, I know when I’m playing well, I’m getting pucks on net and getting chances,” said Zucker.

Zucker had 11 shots on goal in a 5-2 loss to San Antonio at home on Nov. 15 but was unable to put the puck in the net. Getting so many chances in a game and not finding a way to score didn’t have Zucker frustrated.

“I’ll get frustrated when I’m not getting any chances,” said Zucker.

It’s not like the scoring has been hard to come by in every game this season for the Wild, but they have had trouble producing goals at Wells Fargo Arena in front of the home crowd. Out of 13 games at home the Wild have scored more than two goals just twice, a 5-4 shootout win against Chicago on Oct. 24 and a 4-2 win against Texas on Nov. 1.

Playing on the road has been a different story. The Wild have scored more than two goals in three out of four road games this season including three goals and seven goals in Charlotte on Oct. 19 and 20 and five goals against Rockford on Nov. 9.

The Wild may be in a scoring slump right now, but Zucker said that he believes that a slump is just a state of mind.

Kleinendorst said that confidence plays a big factor in their current scoring slump.

“We’re on the wrong side of that line and nothing comes easy for us right now,” said Kleinendorst. He said that to come out of the slump they are going to have to keep doing what they’re doing.

“It starts by coming out and getting a win, starting to feel about yourself and all the hard work that we’re putting in, it’s going to pay off at some point. I just couldn’t tell you when that’s going to be,” said Kleinendorst.