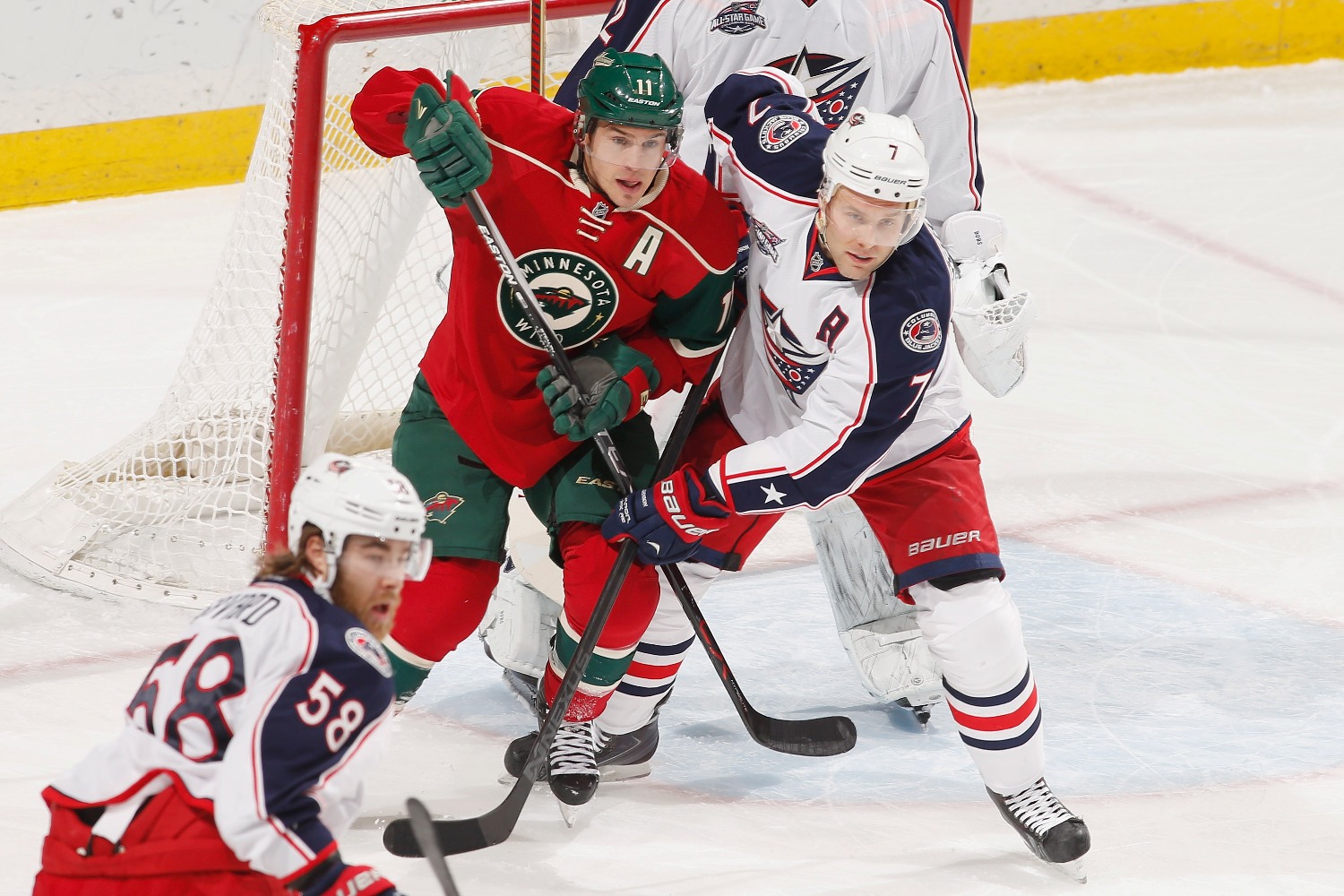 The win was the fifth in succession for Richards over the team he coached three and four seasons ago, but the Blue Jackets are not sitting any prettier than the Wild these days.

“We’re all desperate right now based on where we’re at,” Richards said. “It was a hard-fought win. It was a great win for us in Boston (3-1 two days previous), and then to come in here and beat a really good hockey team, it’s a good feeling right now.”

The Wild have 45 points in one additional game and are 12th in the West.

And their diminutive two-game winning streak came to a screeching halt in front of 19,064 at the Xcel Energy Center.

With just one game remaining – at Detroit on Tuesday night – before a break for the NHL All-Star Game, Minnesota’s playoff hopes are diminishing faster than the team’s good goalie play from a 7-2-1 stretch in late November.

These days — no offense – they just cannot seem to come up with that big goal when they need it.

“We’ve just got to bear down and it’ll turn,” defenseman Ryan Suter said. “It has to turn. The law of averages says it will.”

The Wild clanged two shots off one of the goalposts behind the Blue Jackets’ Sergei Bobrovsky and had another by Zach Parise slide through Bobrovsky’s pads and nestle into the crease for a moment before the puck was cleared.

But Parise, who scored his team-leading 17th goal for the Wild, said close doesn’t count.

“How long can we use that excuse?” he said. “We had some good chances; it’s just a matter of capitalizing on them. Yeah, we did have some posts, we had a missed penalty shot, we had a missed breakaway. We’ve got to put those in.”

Parise was victimized when the puck hopped his stick on Minnesota’s penalty shot when the score was 1-1, but except for a recent 7-0 victory over hapless Buffalo, Minnesota is fighting an uphill battle, offensively.

“I know that we can do a much better job as far as puck strength, hanging onto the puck, but as the year goes on it gets tougher to score goals,” he said.

As the year has gone on, everything has become tougher for the Wild.

They are not out of the playoff race, but if 94 points are needed to make the top eight in the West, Minnesota must go 23-11-3 over its final 37 games to make it.

After obtaining 45 points in the first 45 games, totaling 49 in the next 37 is not going to be easy.

Notes: Suter returned from a two-game league suspension and played 30 minutes, 11 seconds, but was a minus-2. … Mikael Granlund (wrist surgery) missed the game but could play in Detroit. … Jason Pominville assisted on Parise’s goal and leads the Wild in points with 37. … Goalie Devan Dubnyk stopped 20 of 23 shots and suffered his first loss in a Minnesota sweater.