A Lifetime of Giving Kids a Chance 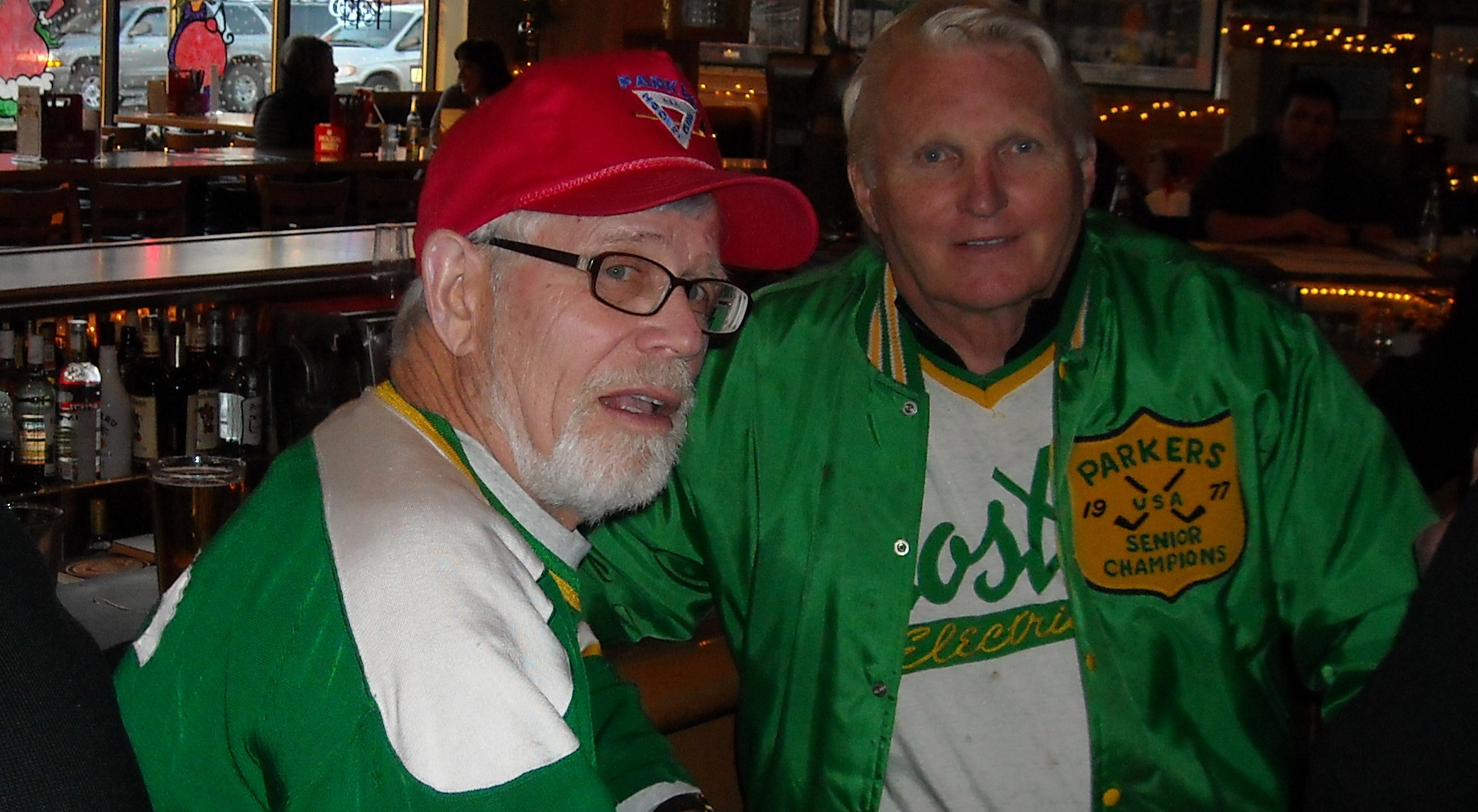 It is with great sadness that we have lost one of Minnesota’s and Minneapolis’s outstanding hockey figures of our generation.  It was reported yesterday (Friday, Feb 5, 2021) that Thomas “Jake” McCoy passed away.  It was my pleasure and privilege to have spent several hours interviewing Jake for the article below in preparation for his MHM lifetime achievement award presented to him 2 years ago.  RIP Jake McCoy.  Funeral arrangements are pending.

This Article was also Republished for HDM Minneapolis 2020

Minnesota Hockey Magazine is proud to announce that its Marv Jorde Memorial Lifetime Achievement Award will be given to Jake McCoy at the Dec 22nd Parker’s Reunion event at Tom Reid’s Hockey City Pub. Jake is well known in the hockey community as a player and longtime coach in Minneapolis and Richfield High School. Festivities begin at noon and is open to all senior hockey players and friends at no cost. Join us!

Thomas James (Jake) McCoy, born in 1942, grew up playing hockey on the local ponds and playgrounds of South Minneapolis. Like many kids from that era, the local outdoor ice was where you learned to have passion and love for the game. It wasn’t clear, however, that hockey was going to be Jake’s sport of choice. 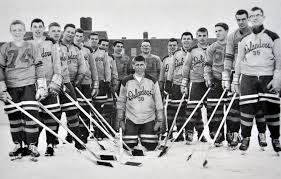 McCoy, center, led DeLaSalle to a state tournament birth in 1959

Most people don’t know, but he was actually a basketball player at first and did not play organized hockey until 1953 as an 11 year old sixth grader. He played basketball in 7th and 8th grade, but continued to spend many hours during the winter skating at Pearl Park, playing pick-up hockey.

In 9th grade, while a freshman at DeLaSalle, Jake finally became a full time hockey player on local Bantam (PeeWee) teams since DeLaSalle did not have a varsity high school team yet. As a senior, he led his DeLaSalle Islander team to its first ever Independent State High School tournament appearance in only its second year of varsity hockey. Remarkably, at the same time, he was playing on a local senior amateur team called the Royal 58 Beer. This team won both the Minnesota State and National Amateur Championships that year. 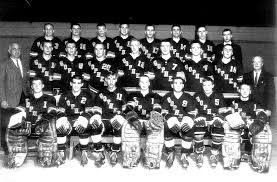 As a Gopher, back row, 3rd from left

After playing one year at St. John’s University, he transferred to the University of Minnesota as a walk-on. He was not eligible to play varsity his sophomore year, but played on the freshmen team. As a junior and senior in 1962 and 1963 he finished his college playing days for John Mariucci’s Gophers.

Of his Gopher playing days, Jake says, “I was deeply indebted to John Mariucci for giving me the chance to play varsity hockey. He didn’t play politics and didn’t have to give me a chance, but he did”.

In the fall of 1963, Jake attended open tryouts for the 1964 USA Men’s Olympic Team at Wakota arena in South St. Paul.

Just eight years after giving up basketball for hockey, he made the team as a defensemen while competing for a position against many Olympic veterans, college All-American’s and pros. He competed in the 1964 Olympics in Innsbruck, Austria.

About the tryouts, Jake recounts, “Every day new guys were coming and going. You just took it one day at a time.”

His experience in Innsbruck was memorable,”I’ll never forget. The setting was fabulous, the teams were great. The Russians and Czechs were ferocious when they played. The Canadians were full of WCHA players we had played with and against in college.” 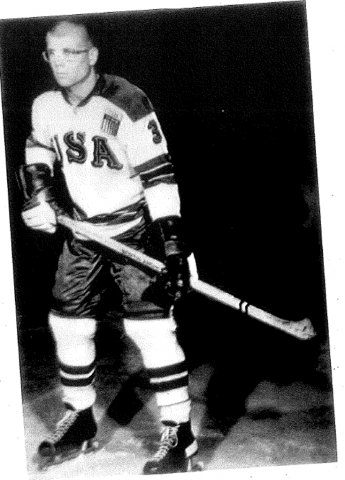 After the Olympics in 67/68 he played in the USHL with the Minnesota Nationals, a farm team for the USA National team. In 68/69 he played with another USHL team in Duluth, the Duluth Port Stars, and then the Rochester Mustangs when the Duluth team folded.

He went on to play many years of senior amateur hockey throughout the United States and Canada, first for Steven’s Buick, then with Marv Jorde’s Parkers Hockey Club where he won 8 Minnesota State and 6 National Senior Men’s Championships.

Former teammates have high praise for not only his on-ice talents but also for his dedication to coaching and, in general, his character, friendship and humor off-ice.

Rich Brown, USHL, IHL and Parker player said, “Jake ranks with Marv Jorde for enthusiasm for the love of the game. He blocked shots as very few could. He was like a rock on defense and moved the puck. He was always a factor in the game he was in.”

Dave Arundel, a former youth player for Jake, Wisconsin Badger and eventual teammate of Jake’s after playing some pro hockey adds, “Playing with Jake was the most fun I have ever had playing hockey. Jake was a tough, tough D-Man, and very skilled. The BEST passer I ever played with.  Usually played with no helmet and NO ONE blocked more shots than he did. And…he was the most unselfish D partner you could ever have. He was always dishing you the puck with a perfect pass. He made you look GREAT out there.” 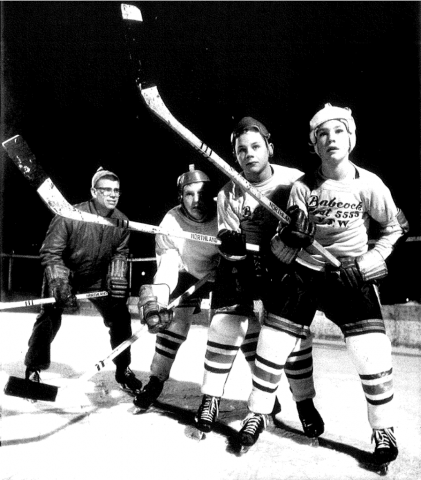 He continued to coach youth hockey in Richfield and in Eden Prairie for his grandson’s squirt team. In all he spent over 50 consecutive years coaching hockey in Minnesota. He still does some youth coaching today.

Jake coached at a time when Richfield’s many outdoor skating rinks were loaded with kids hoping to someday play high school hockey for the hometown Spartans.  There were several successful years – six appearances in the old one-class state tournament, including a championship game appearance in 1976. With dwindling numbers over the years, the Richfield team fell on hard times until, in November 2016, the decision was made to shut down its program. It was a difficult thing to take for Jake and the community at large.

Jake commented, “It was a sad day. We just ran out of kids.” Of his Richfield teams he said, “We played in a very tough Lake Conference. The best part of  coaching the Richfield kids was that they were blue collar. They played hard and they worked hard. When we lost, the kids just kept working harder.”

Richfield started hockey back in 1954-55. Jake added, “It was hard to see that kind of history end.”

Jake always enjoyed being a coach and learned that the game of hockey is very important to kids’ development at all levels. He believes if you give kids a chance to play in crucial situations, they will have success both on and off the rink.

He commented, “If you give kids a chance, they will surprise you. Today’s win-at-all-cost thinking comes at the expense of the kids. I’m glad I played all the kids. It instills confidence in them and they will give back.”

Dave Arundel said, “He was my bantam coach in 7th, 8th and 9th grades. I was in AWE of him. First of all…I wanted to be like Jake. I wanted to play hockey like him, I wanted to talk like him and I wanted his sense of humor. If I have had ANY success as a hockey player it was due to Jake!”

Arundel summarizes how many of his former players thought of him, “Jake McCoy was, is and will always be my idol and hero. He is one of the top 2 or 3 most influential people in my life. Selfless, encouraging, humorous, understanding and unconditional with his love.” Quite the testimonial.

You can also add “humble” to the list of adjectives to describe Jake. In discussing his playing and coaching career, Jake very much downplayed the success he has had over the years, “I had a lot of good fortune and think I am one of the luckiest guys in the world. I had a great run. I had fun and success and you can’t beat that.”

For Jake’s long time playing and coaching achievements and for his significant, generous and caring contributions to youth and high school hockey in Minnesota, Minnesota Hockey Magazine is proud to bestow on Jake McCoy the Marv Jorde Memorial Lifetime Achievement Award.  Now!

Jake is dedicating this award to the late Marv Jorde, another person who had a remarkable influence on those he touched.