The ‘Jewel’ of the Wild 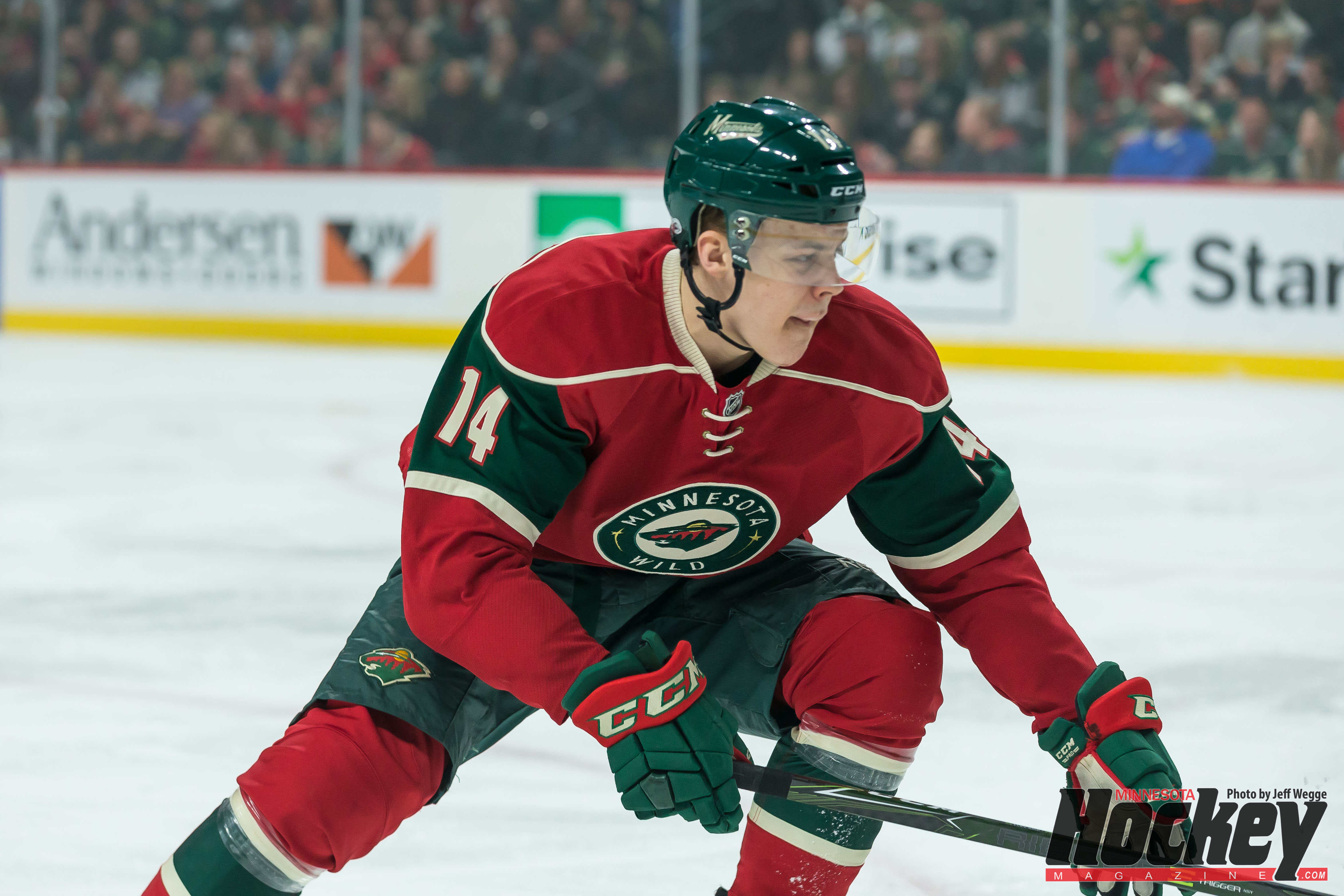 Joel Eriksson Ek has the size and the hands to one day become a pretty good NHL goal-scorer, according to Wild coach Bruce Boudreau.

Boudreau talked earlier this week about Minnesota bringing Eriksson Ek back from the Swedish Elite League for a second go-round with Minnesota, for which he played nine games and scored two goals early in the season.

“He looks bigger and stronger,” Boudreau said after Eriksson Ek’s first practice back at the Xcel Energy Center Wednesday. “He’s 205 pounds now. He wasn’t 205 when he first got here. He is starting to grow into his body.”

Eriksson Ek laughed at that. He has added “four or five pounds,” he said Thursday. “I feel stronger on the ice. I played big minutes at home, and that’s helped me a lot.”

Boudreau said Eriksson Ek has looked terrific in Sweden and indicated that the forward is the kind of player who can flourish offensively in the NHL. 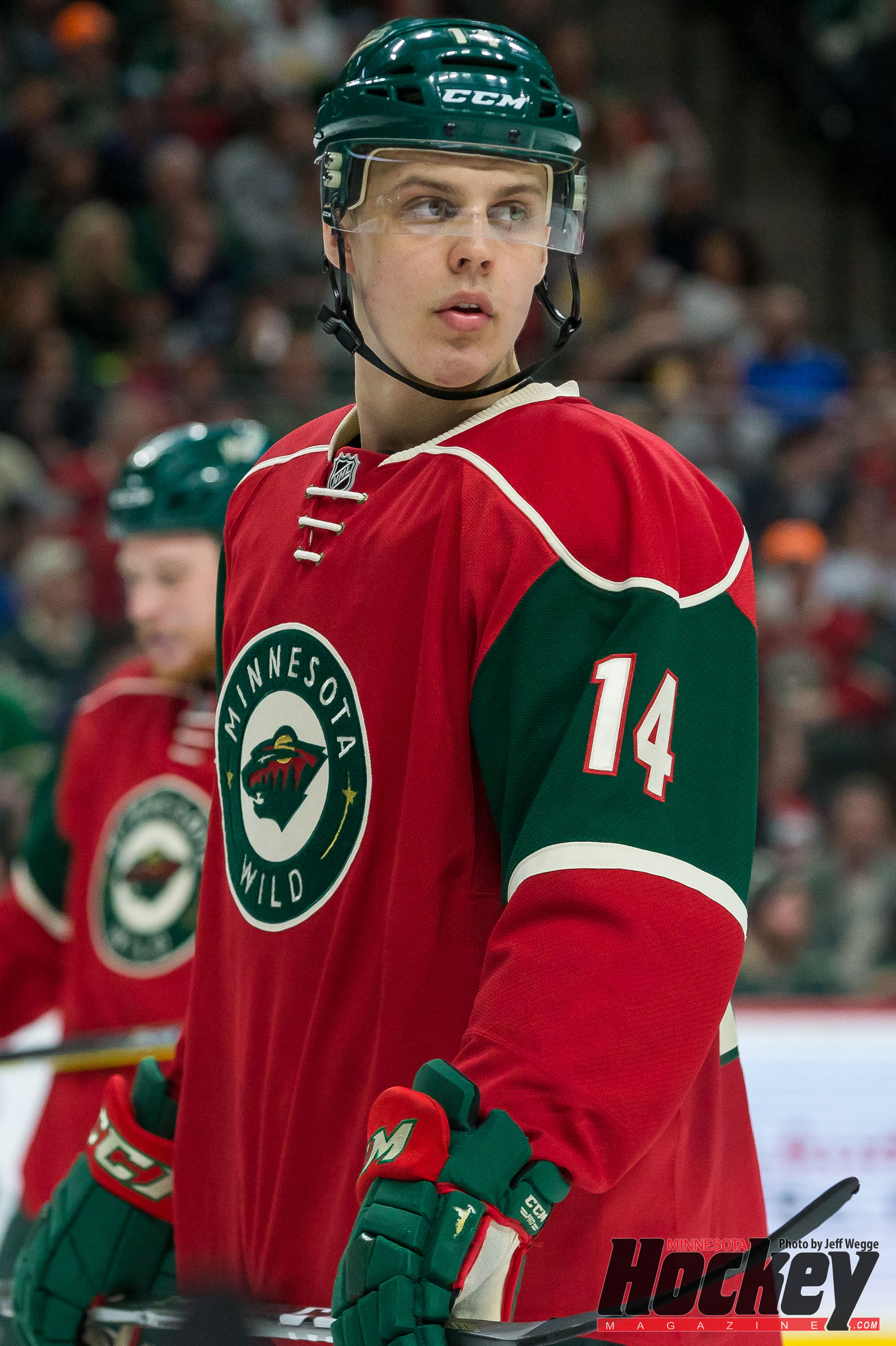 The 6-foot-2 Eriksson Ek started strong on Thursday, then tallied his third goal of the season as the Wild eased back into the win column with a 5-1 victory over the Ottawa Senators at the X.

Playing center, Eriksson Ek got three hits, drew a penalty that led to another goal, won 10 of 16 faceoffs and was a positive presence throughout the victory that snapped a four-game losing streak.

“He, quite frankly, was very physical,” Boudreau said after the game. “He was in the right position all the time. I told him out there, ‘I want to see your game that I saw in Buffalo,’ and then he scored that goal like he scored in Buffalo. I thought that was pretty cool.”

The Swedish forward — he pronounces his first name “Jool” — took a nifty setup pass from Charlie Coyle and sniped a far-side shot past Sens goalie Craig Anderson to give the Wild a 3-1 lead 17:32 into the second period.

It was the first two-goal lead for the Wild in 11 games and helped them erase a few of the bad feelings from gaining just one win in their previous 10 games.

“It was another step in the right direction,” said Nino Niederreiter, who scored his 21st and 22nd goals of the season. “We have to continue doing it.”

On this evening, things seemed like earlier times with Minnesota playing as it did while climbing to the top of the Western Conference standings in January. The Wild limited Ottawa to four shots on goal in the third period and 19 overall, won puck battles all night long and kept 19,044 home fans thoroughly entertained.

“I hope we keep building. It’s one game,” Boudreau said.

Newcomers Eriksson Ek, playing his first game back after his season ended in Sweden, and goalie Alex Stalock, a South St. Paul native posting his first NHL win in 14 months, helped pump some life into a team that had been struggling and was playing without injured forward Zach Parise.

“It’s obviously fun seeing new guys in the locker room, especially with how things have been going in the past,” Niederreiter said. “We had a couple of good games in a row, and to get rewarded is great.

“Ekker coming in and getting a goal right away is awesome. He’s a great player for us.”

Stalock was too, while Minnesota also picked up goals from Matt Dumba and Jason Pominville, who was playing in his 900th NHL game.

On the heels of two decent overtime losses, the win was Minnesota’s best performance in two weeks and gave the Wild 98 points in 77 games with five remaining.

“They have been playing better and better for each game,” Eriksson Ek said. “Hopefully, today we stepped up one step more and we can keep pushing.”