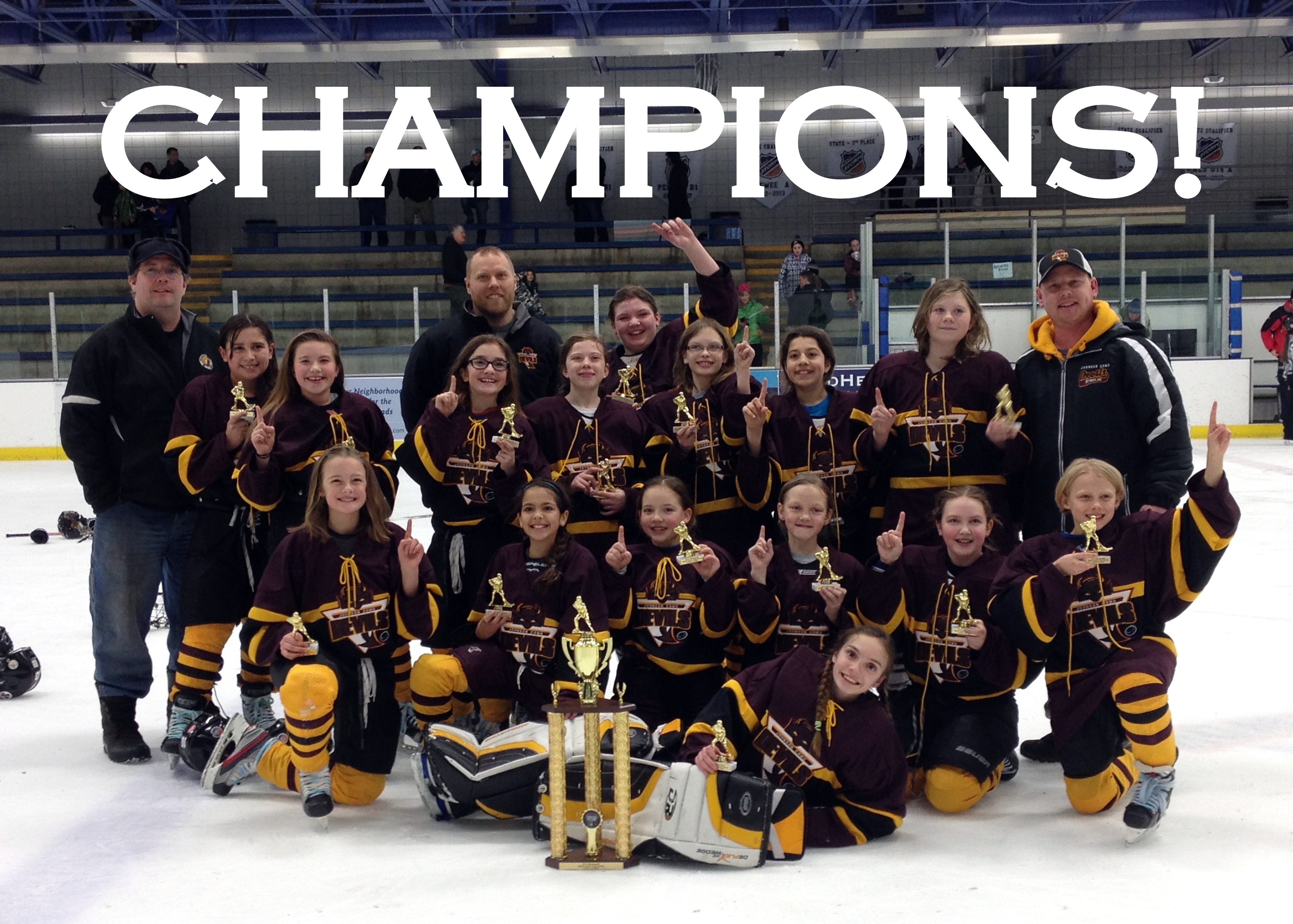 The Johnson/Como Devils 10U Girls took 1st place in the 2013-2014 Minneapolis Winter Storm Tournament. The girls from St Paul played well against their Twin City rivals coming out strong in their first game vs Minneapolis Storm Purple scoring within the first 90 seconds. They never lost the lead after that & finished with a 4-1 victory. Their second game was against Elk River/Princeton. After failing behind 1-0 in the 1st period this game went back in forth with both teams scoring to make it 2-2 by the end of the 2nd. The Devils played hard and a late goal in the 3rd put the “pitchfork” in the Elks to send the Devils to the championship game. The girls came out on “fire” vs the host team Minneapolis Storm Orange scoring early in the first period. They never let up after that by scoring 3 more goals & with some quality goaltending the Devils “scorched” the Storm 4-1 to win their 1st tournament. The girls have had a great season this year with a record of 6-0-4. They have made their parents, coaches, and the Johnson Como community VERY proud!