Jordyn Leopold, 10, shares her feelings about her famous letter 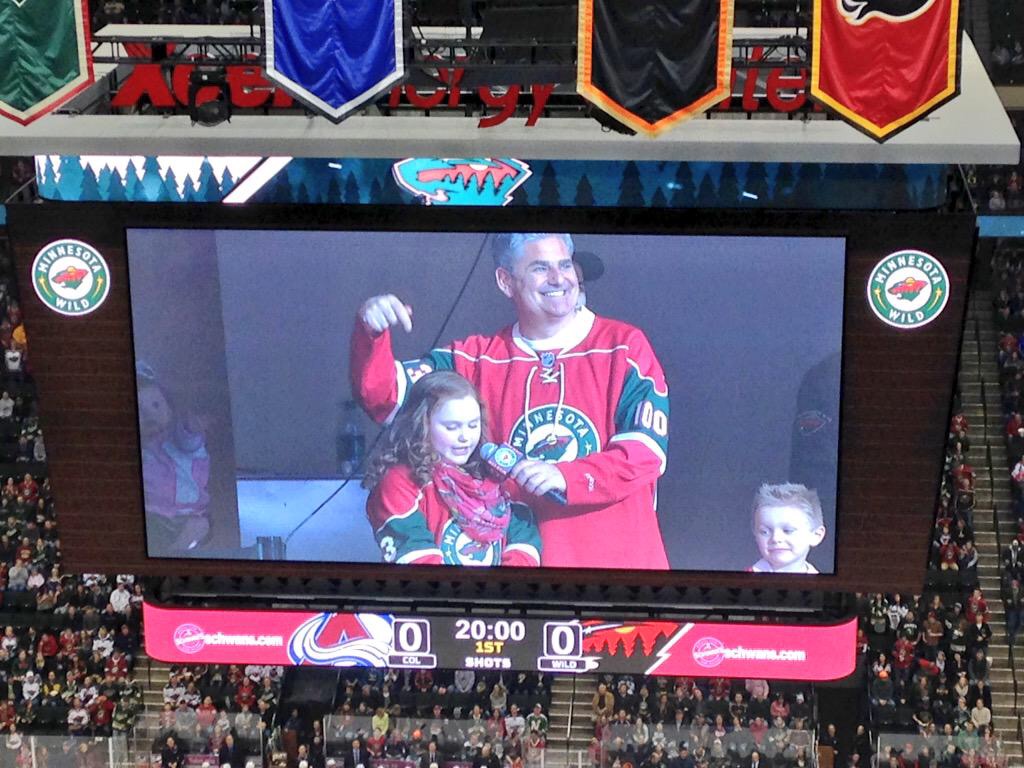 Jordyn Leopold, whose school assignment to write a persuasive letter ended up circling the globe and proved to be a harbinger for the Wild’s trade-deadline acquisition of her father, squeezed next to her dad in the Wild locker room Sunday night and faced a barrage of reporters and TV cameras.

Jordyn, 10, had led the “let’s play hockey” cheer without missing a beat at the outset of the Wild’s 3-2 loss to the Colorado Avalanche Sunday night at the Xcel Energy Center.

Asked afterward if she was nervous, she smiled and said, “Yeah. A little.”

With beaming Wild defenseman and former University of Minnesota star Jordan Leopold at her side, Jordyn fielded numerous questions about her letter “to the Wild coaches” that went viral after it hit the Internet.

“I never thought it would be that popular,” she said.

Jordyn’s hand-written letter, which begged Minnesota’s NHL hierarchy to bring her father back to his home in the Twin Cities, was never sent to the team.

“It was another way for me to write my feelings down on paper,” she said.

Without prodding, Jordyn was able to look at the big picture and comment about how numerous kids around the world are faced with not having one or both parents around as much as they would like. She was feeling that when here teacher assigned her class to write a persuasive letter.

“We all have those times where we miss parents, or we don’t have them, and it was just kind of one of those moments,” she said.

Her dad, who played 10 minutes, 18 seconds against the Avs, talked about how special it was to see the oldest of his four children deliver the pregame “let’s play hockey” announcement.

Equally special, he added, was the reception of her letter after it began to make the rounds. He heard from people in New Zealand, Russia, Israel and dozens of far-flung locations who had seen reproductions of the letter.

“I think she impacted a lot of people and touched a lot of hearts,” he noted. “Definitely, Dad’s.”

Leopold, a native of Golden Valley, seconded his daughter’s assertion that his case is not unique.

“We have military families out there that do this every day, and they aren’t in the spotlight,” he said. “It’s a prime example of what really happens to families. It doesn’t matter; it’s relatively anybody.”

Jordyn did not get an “A” for her letter, she said, but her dad pointed out that the school is now using that letter as a prime example of how to do it.